#TeamTrainwreck 22: Every dark cloud has a pewter lining!

No pairs, ouch.
But we all know, Panfilova just has to deliver one senior FS with doubles only and she is in

And well, Khuda is intruding so much for dance, I could put her on the list already

Let's hope for a season, safe and sound, full of

I so hope that TTW will have some possibilities to splat out this season!

After watching live athletics last week, I so miss the excitement of who is going to mess up mostly.
(IRL I do want everybody to succes.)

It's been a while since we had to worry about piddling things like Rules around here, but this is how we operate. @Jeschke take note!

Criteria:
1) Skater needs a complete package to potentially be a top skater at Euros/4CC's/Worlds/Olympic level
2) Skater needs to have the ability to absolutely rock one day and splat the day after. Even better: rock and splat during one program
3) Skater is not afraid of breaking one's heart over and over again
4) Skater needs more splat/messy performances than great ones

Rules:
1) Worlds/Olympic medalists and Euro/4CC's champions are not eligible
2) Multiple Euros/4CC's medal winners are not eligible
3) Membership and changes to the Rules and Qualities shall be decided by consensus among longstanding posters in the #TeamTrainwreck Threads, subject to points 1) and 2)
4) The pinky166 is not allowed to make more than one proposal a day
5) Proposals can be submitted in the #teamtrainwreck thread
6) New membership is granted only to current skaters
7) New membership is only granted to senior skaters (at least one international senior competition)
8) Membership can be cancelled due to points 1) and 2), numerous decent skates in a row or not being competitive on elite level anymore.

If I post in this thread, does that mean I'm on #TTW?
No, the skaters are the ones on the Team, not us. But you may aspire to joining the Fans' Auxiliary.

Who decides whether a skater's membership should be cancelled on grounds other than medalling or retirement?
Normally, the bossman, possibly with the advice of vice. But there's always a first time for everything.

Why are Alena Leonova, Elizaveta Tuktamysheva, and Han Yan on the List?
The bossman has his delusions, and we humor him.

Do you have to be voidy to be on the Team?
No, but it helps. You do, however, have to be heartbreaking.

Is there an anti-American bias here?
Not at all. Several Americans are or have been on the team, e.g., Amber Glenn, Camden Pulkinen, and Gracie Gold.

What is the Pantheon?
The Pantheon is something we cooked up here in the #TTW Press Office to promote those skaters who have retired. Each member of the Pantheon must embody in his or her own way the essence of Team Trainwreck as determined by the pressman.

How do I get on the Fans' Auxiliary?
Not by asking or campaigning for it.

What is the Black Mark of #TTW?
It's our own special curse, bestowed when da bossman allows a skater to the Team based on a certain number of votes rather than his own judgment or a consensus, as required by Rule #3. The curse has been known to end skaters' careers or send their lives into a tailspin.

Sally Skater and Peter Partner tripped each other after doubling their salchows at last weekend's competition. Surely that makes them worthy of the Team.
In and of itself, falling once or even several times in one program does not warrant membership. Please reread the Criteria.

Why aren't skaters allowed on the Team before they skate Seniors at the international level?
We want to give them time to mature without putting too much pressure on them.

Why is this thread in The Trash Can, whereas From Russia with Love is in Great Skate Debate?
That's a good question.

Is there a King and Queen, or is everybody equal?
No, but we do have the bossman and vice.

Can someone clarify what this thread is for/about?
No.

How did @rfisher made it to the auxiliary?
Is it just her cursing every loved one or what did I miss?

Jeschke said:
How did @rfisher made it to the auxiliary?
Is it just her cursing every loved one or what did I miss?
Click to expand...

OMG We are starting a student food pantry. The Dean was going over the protocol for distributing items and said, "this is likely going to be a trainwreck at first." Before I could think better, 'I love trainwrecks" popped out of my mouth. Then I started

The Dean, who is easily flustered anyway, just gaped at me. I couldn't breath I was laughing so hard, waving my hand at him to continue. As we walked out, I told him, it's too complicated to explain.
Click to expand...

Jeschke said:
How did @rfisher made it to the auxiliary?
Is it just her cursing every loved one or what did I miss?
Click to expand...

That should count for something.
J

rfisher said:
That should count for something.
Click to expand...

Jeschke said:
If you'll bring Briukhanov down with Polina#8423058 we 2 need to have a word!

Just found this in an old thread, dated november 2013.

judgejudy27 said:
I think Nationals will be her swan song like it will be for many skaters around the World (Flat, Zhang, U.S, Leonova possibly, Russia).
Click to expand...

Very #ttw appropriate interview with Liza about shopping only 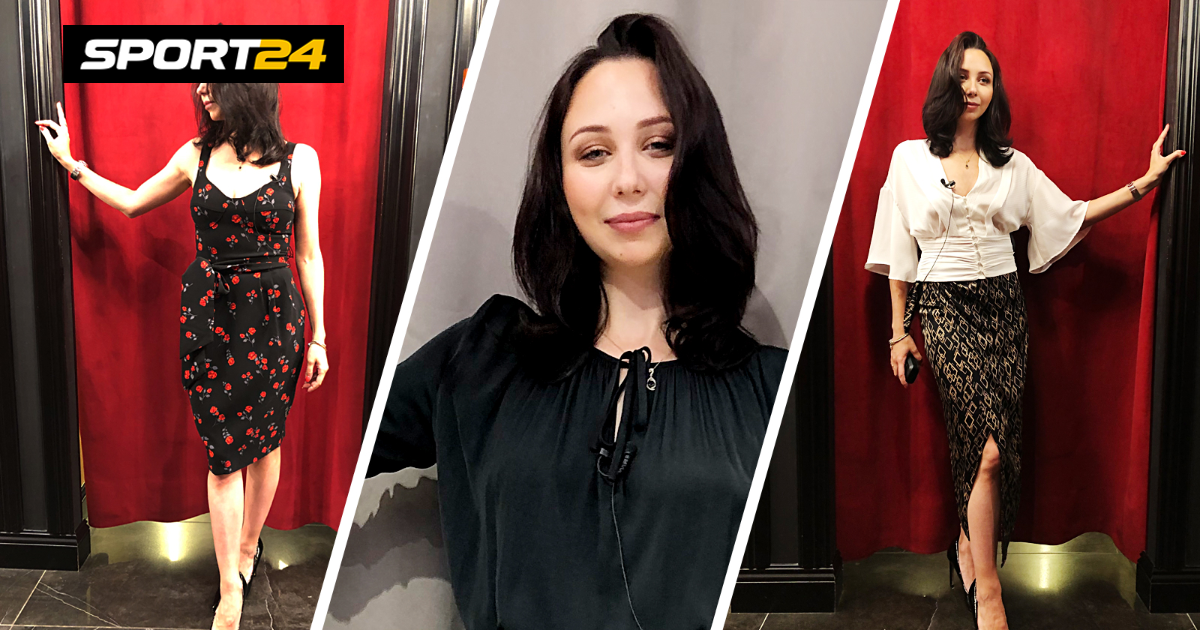 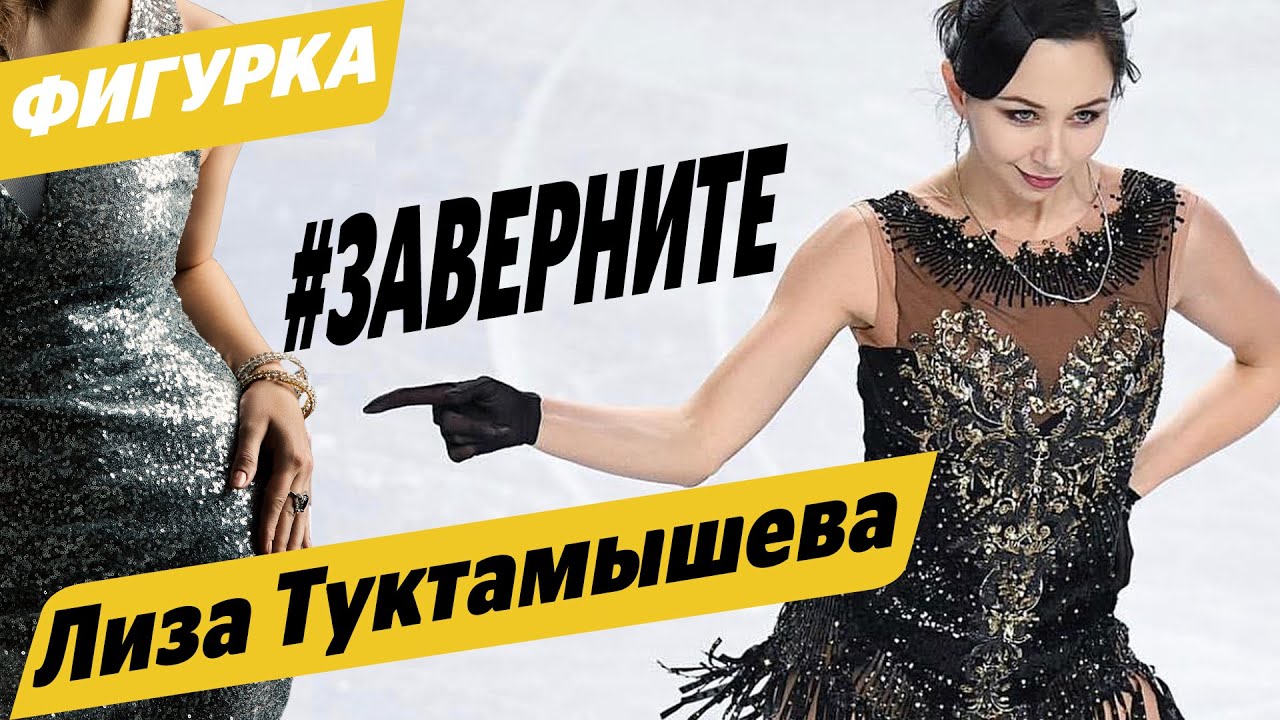 Something for me from test skates

I was at the wine shop today, and saw a white chardonay called Bossman.
You can guess what I thought.
J

SmallFairy said:
Something for me from test skates

Finnice said:
I was at the wine shop today, and saw a white chardonay called Bossman.
You can guess what I thought.
Click to expand...

...bought for olympic qualifier at Nebelhorn 2021!

Irina Lux's insta stories are a definite highlight on my feed these days.

...bought for olympic qualifier at Nebelhorn 2021!
Click to expand...

Oh I did not know I will come there.

So Tsurskaya is the new Rozanov?

Jeschke said:
So Tsurskaya is the new Rozanov?

No because she won't have that stupid Hot Serguei nickname...

Toth presenting 3a at test event (splat though).
I won't give up on Schott!

I already can see @Hanna fangirling so hard!

If Tsurskaya can help Tutberidze's skaters to jump with that loft and power,

So Bunny girl is now an ABBA girl

I wonder what ABBA songs we're going to get.
Click to expand...

She named "Dancing Queen" and "The Winner Takes It All"; there may be others.

Colonel Green said:
She named "Dancing Queen" and "The Winner Takes It All"; there may be others.
Click to expand...

I double that.
I am a sucker for the chorus of 'Lay all your love on me' and 'Thank you for the music', but as we won't get those for sure, I am so in for 'Gimme! Gimme! Gimme!'