Stephen Yeun! Much beloved from The Walking Dead (unfortunately had his head cut off a few seasons back). So looking forward to seeing him in 'Minari', and seeing him in the film as well.

I'll have a wait a while though - I don't know that theaters are even open, but if they are - just prefer to watch at home these days.

Our 'On Demand' is now offering the Oscar contenders for up to $25. a pop, outrageous in my view. So I'll wait until the prices go down.
I

manhn said:
The year that Glenn really deserved it (although I am one of the few who kinda hated The Favourite) was in 1989 for Dangerous Liasons. She was clearly better than Jodie Foster in The Accused, who would again a few years later for Silence of the Lambs.
Click to expand...

OMG. She was robbed two years in a row!

So......is there ANY chance I’ll regret skipping the Borat movie?

But I loved Moonstruck! Snap out of it!

I so agree. Without her, the movie wouldn’t have been a hit. I rewatched it recently and I think she elevated Fatal Attraction. 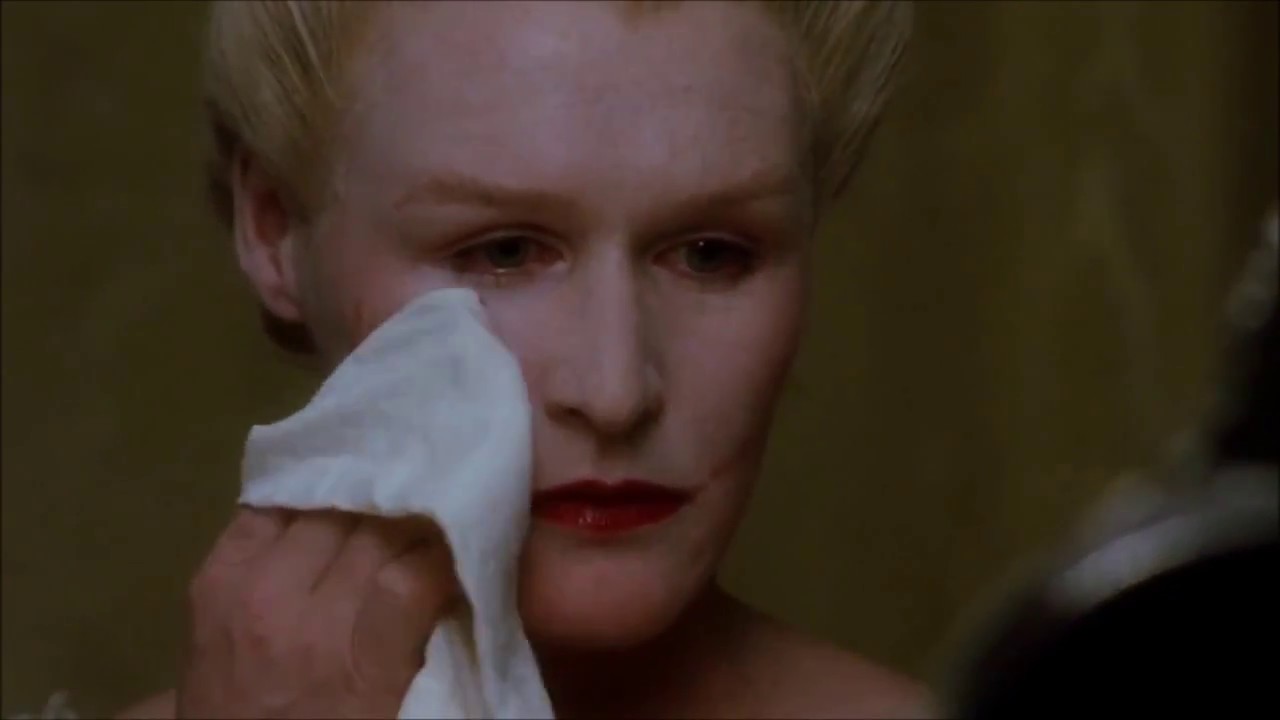 manhn said:
The year that Glenn really deserved it (although I am one of the few who kinda hated The Favourite) was in 1989 for Dangerous Liasons. She was clearly better than Jodie Foster in The Accused, who would again a few years later for Silence of the Lambs.
Click to expand...

I hated The Favourite. I also hated Silence of the lambs. I remember seeing Dangerous Liasons but dont remember the details. I will have to rent it. I can see why Foster won for The Accused. A raped woman in a movie gets a lot of sympathy, and this one was based on a true story. I didnt feel she deserved the Oscar for SOTL.
Last edited: Mar 16, 2021
V

I am disappointed that Amy Adams gotvsnubbed again. However she had no chance of winning this year. There arevtwo front runners. Will Frances McD win her third Oscar and tie Meryl Streep?

McDormand is a producer of Nomadland too, so I think she may be up for two Oscars this year.
V

VGThuy said:
McDormand is a producer of Nomadland too, so I think she may be up for two Oscars this year.
Click to expand...

In that case she could surpass Streep, Nicholson and tie Katharine Hepburn for most Oscars. However someone may have won more than four Oscars, when all categories are combined.

I'm gonna say right now that I absolutely refuse to watch Hillbilly Elegy, however good Glenn Close is in it.

A Director who my DH gave his first paying job to is nominated for an Oscar for Best Short Documentary.

Other than The Trial of the Chicago 7 and Emma, I think it's the only movie with any nominations that I've seen. I wouldn't call it brilliant art, but I laughed a lot when watching it, and thought it had more hits than misses.

But mostly this thread is making me want to watch Dangerous Liaisons again.

I think Maria Bakalova is worth watching Borat 2. Not just for that Giuliani scene either.

Goodness knows Glenn Close deserves an Oscar, but Cher and Jodie Foster deserved their wins. She was most

in losing to Olivia Colman, in my opinion.

Glenn Close clearly has the actor's branch support as they keep nominating her. She just needs a truly great vehicle the rest of the branches can enjoy as well. Most of her vehicles this past decade have been ones where she was either the sole nominee or the movie also had a make-up nomination as well.

allezfred said:
Goodness knows Glenn Close deserves an Oscar, but Cher and Jodie Foster deserved their wins. She was most

in losing to Olivia Colman, in my opinion.
Click to expand...

I re-watched The Accused a year or two ago and was surprised how poorly it holds up as a film. There are films I could watch many times and get something new from them, but The Accused was not one of them. Foster's performance is better than the film itself, but her performance in The Accused can't hold a candle to the brilliant work Glenn Close did in Dangerous Liasons.
I

Just watched Nomadland. Frances McDormand did a good job in her role, but other than that - the movie seemed a little too flat, IMHO. The movie felt like it just showed how Fern is going about the van dwelling life. It was like the script was missing something in the storytelling.

) and I plan on seeing Mank, Promising Young Woman, and Sound of Metal before the Oscars.
Last edited: Mar 21, 2021
P

Vash01 said:
In that case she could surpass Streep, Nicholson and tie Katharine Hepburn for most Oscars. However someone may have won more than four Oscars, when all categories are combined.
Click to expand...

I didn't get to watch at 6 pm but watched the rerun at 8 pm. Here are the SAG winners. 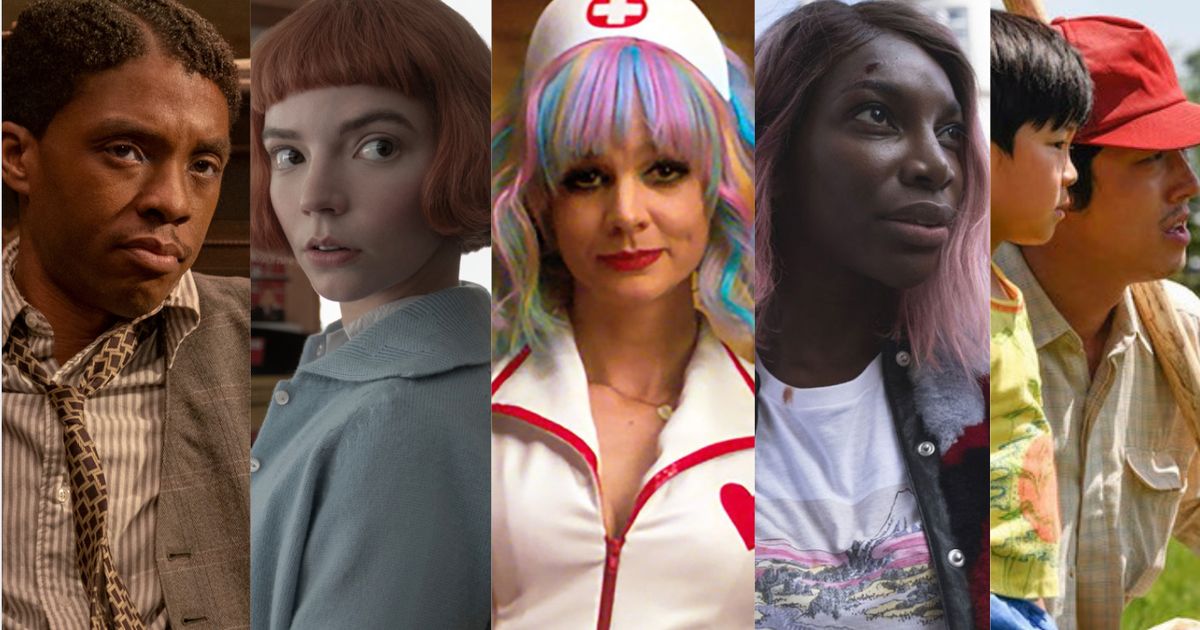 SAG Awards 2021: Here Are All The Winners

Aaron Sorkin’s “The Trial of the Chicago 7” took home the night’s top award for Outstanding Performance by a Cast at the ceremony.

So glad to see Youn Yuh-Jung win Best Supporting Actress. I wasn’t wild about that movie but she was clearly the best thing about it. Also, Best Actress continues to be unclear. Three televised award shows and three different winners. whoever wins BAFTA won’t be anyone who won The Globe, the [broadcast] critic’s choice, or the SAG since none of those winners were nominated at BAFTA. Then onto Oscar with each nominee potentially winning a major precursor except one.

Not in particular to add, but that I am reminded what an awful acronym SAG is.

allezfred said:
Not in particular to add, but that I am reminded what an awful acronym SAG is.
Click to expand...

There's a certain irony in the plastic surgery capitol of the US to have an organization for actors with the acronym SAG.
A

I enjoyed watching the SAG awards. It was well put together, obviously something easier to do when it's done in advance.
V

I liked the one hour show compared to many long drawn out award shows.
J

Finally watched 'The Father'.
Incredible acting by Hopkins and Colman.
I loved every second of it.
V 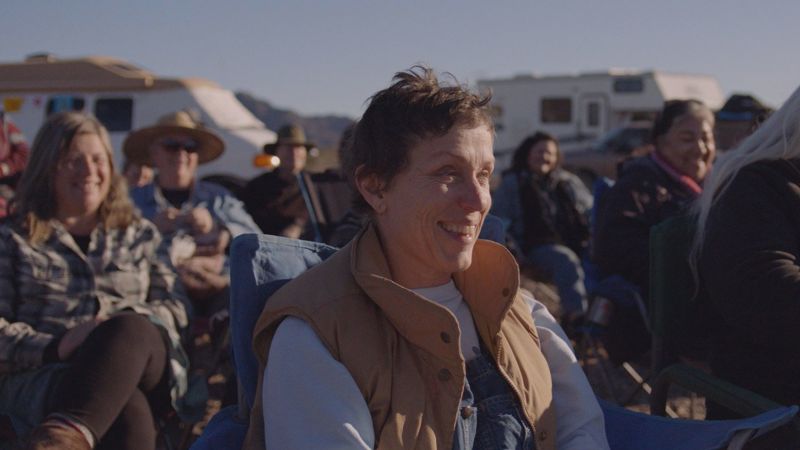 The BAFTA film awards, selected by members of the British Academy of Film and Television Arts, were presented over the weekend.

Anthony Hopkins stopped the Chadwick Boseman train here, so we’ll see what that means for Oscar. The Father is getting a last minute surge and we all know the movie is Oscar bait. It does continue BAFTA’s trend of not awarding African-American (male) talent. McDormand winning here means she’s alive for the race as some thought the voting block may have used this opportunity to award someone off-the-wall given that it wasn’t the same old choices.

Frances McDormand - AACTA, BAFTA, Satellite, and a slew of critics awards, including The National Society of Film Critics. Whatever she didn’t win she was runner-up.

Viola Davis - SAG, runner-up status or third among a slew of critics.

Vanessa Kirby - Venice Film Festival Volpi Trophy winner (lots of winners there end up with the Oscar, especially this decade). Her film was kind of a hit on Netflix.

BAFTA, AACTA are important because there is overlap with Academy membership (think of all the Brits and Aussies nominated and who have won) but this year BAFTA is funky because a jury did the nominations for certain categories including Best Actress and only McDormand and Kirby were nominated among the Oscar contenders.

SAG is important because the actor’s branch is the largest branch of Academy membership. However, it includes thousands more actors than the Academy does and their tastes are more populist.

We know the Golden Globes set the stage in terms of which films have the most publicity and campaign power, but this year is also a bit different as it’s a longer award season and films like The Father is only now getting to the height of their campaign.
V

I really want Chadwick Bozeman to win the Best Actor Oscar. I don't care what BAFTA thinks. I find them biased, and not just this year.

I really don't want McDormand to win the third Oscar, or she will be in the same bracket as Streep and Nicholson who have played a lot more great roles - BOW (I know I will get slammed for this statement)

I am about to see A promising young woman, so I will have seen at least one actress and one BP nomination.

I don't care which movie wins the Best Picture, partly because I haven't seen any of them, and partly because this award has been wacky ever since they expanded the field.

After seeing all five performances, I think McDormand gives the best performance, but she's not in the most award-friendly role. She goes for more understated realism. Kirby really gives it her all but the movie makes her do some dumb things because the writing takes a nose dive after a great opening 20-ish minutes. I'm not sure if Day can really act. She can cry on cue and act through song, somewhat. Mulligan has high points but she also is flat in a lot of places. I gave Promising Young Woman a good review previously, but the more I think about the movie, the more issues I have with it regarding the writing and direction. Like I said in my original review of it, you can tell it's written and directed by a first-time writer/director. Viola Davis is transformative and gives it her all, but her role is borderline supporting and there's not much for her to do but to give some hints as to how hard her life has been.
You must log in or register to reply here.