I thought the yankee polka would make more sense with a folk dance but maybe I’m way off base.
D

RoseRed said:
So that would leave Yankee Polka, Midnight Blues and Paso Doble.
Click to expand...

All good with me

Cross-posting from Program/Choreo thread in GSD:

Dobre said:
... Paul & Piper's program demonstrated that disco would be acceptable to the judges so I agree that it probably opened up coaches' & skaters' minds toward going in that direction. It didn't get Gilles & Poirier anywhere up the ranks, though, as it finished 9th during the RD at Worlds. And, therefore, it wasn't inevitable that we would get a follow-up program.

Fear & Gibson, however, demonstrated that a team in 24th place at their previous Worlds, with low pattern levels, and a lower scoring RD, could finish higher in the FD all season while skating to disco music & getting the crowd. (Some of that score coming from stronger levels in the FD but much of it coming from subjective GOE). 24th to 13th. A follow-up to that, during a season in which the RD must be to a musical, seemed pretty inevitable. At least it did to me prior to the announcement regarding the Finnstep.

In any case, we've got one (RD or FD not yet clarified). And also, I believe, a disco-related exhibition announced from Komatsubara & Koleto. And a Mama Mia RD for Sales & Wamsteeker.
Click to expand...

How does the Finnstep complicate the RD Broadway musical-themed requirement?


How does the Finnstep complicate the RD Broadway musical-themed requirement?
Click to expand...

Because you now need music that specifically has a Finnstep rhythm. The original intent was for people to basically pick anything.

Colonel Green said:
Because you now need music that specifically has a Finnstep rhythm. The original intent was for people to basically pick anything.
Click to expand...

Thanks for the explanation. I hope people hadn't picked their music then before the Finnstep rhythm requirement came down.

https://www.youtube.com/watch?v=LrHfkgp5-xM
Well, the above explanatory video with Meryl & Charlie helps me understand this rhythm and pattern a bit better. Did anyone have to change their program music?
Last edited: May 30, 2019
D

aftershocks said:
How does the Finnstep complicate the RD Broadway musical-themed requirement?
Click to expand...

It is one thing to overlay a march beat over a piece of selected music, as we had speculated a year ago that teams might do. I would think it would be much more difficult to stick a quickstep in the middle of one. Essentially, it comes down to a concept I've mentioned before--that it can be much more limiting to be required to include something than to receive a list of what one cannot do.
Last edited: May 30, 2019
A

Rooting for the Underdogs

RoseRed said:
So from those 8, we can easily eliminate Tango Romantica, Finnstep and Ravensburger Waltz as too recent, Rhumba because it was used at the last Olympics and Golden Waltz since they won't do two waltzes in a row likely. So that would leave Yankee Polka, Midnight Blues and Paso Doble.
Click to expand...

It does look like it will be sometime into the next quad, but I am looking forward to the day, whenever it is, that C/P skate the Golden Waltz in a competitive program.

Flash back to Worlds and for all of you German speakers, the whole 4th group with German commentaries.
P

cocotaffy said:
Flash back to Worlds and for all of you German speakers, the whole 4th group with German commentaries.
Click to expand...

Danke @cocotaffy! You made my day!

Rewatching Weaver/Poje's RD at Worlds, they definitely should have been top 3...ahead of both H/D and S/B. It's a shame that their FD isn't as good.
D

My random thoughts about the Folk Dance/Ravensburger Waltz selection:

-I feel like this is a bit of a historical mismatch? I mean technically the waltz itself is a folk dance, but it didn't really get going until the 1800s and the face-to-face positioning and proximity of the partners clashes with many cultural folk dances (and was considered rather risque at the time because it did clash with earlier dances in this way).

-At least it is a fast waltz so I can see how you could mix it with some folk dance music and make it work. Some of the choices from 2016 being evidence of this. Though I feel like we're not likely to get the international potential that we could have for a folk dance theme.

-I'm glad to see the idea of the folk dance theme come back.

-I'm glad to see the use of themes come back as I felt it was kind of a unifying force when they were selected for the Original Dance so it is nice that the ISU is trying this out again now with SDs.

-I feel like we just had a waltz so I really didn't need another one, but at least it's not the Starlight (which I find really boring) and at least it won't be for the Olympic year.
Last edited: Jun 2, 2019
D

From the From Russia with Love Thread:


Yehudi said:
Ivanenko and Karpov may have split although both are still with Kustarova. They each had pictures with Kaliszek and Spodyrev but with different partners.
Click to expand...

If we count I&K, then we are down the following JGP medal-winning teams and/or top-ten teams from Junior Worlds last season:


Note: Let me know if I forgot anyone.

This interview came out a few days ago, but apparently Denmark has a new Danish/Canadian dance team, who'll be competing junior this season.

Re-posting from the Italian news thread (Pietrantonio previously competed with Alice Fabbri for CAN and he sat out last season):

Sylvia said:
The new senior ice dance team of KATRINE ROY & CLAUDIO PIETRANTONIO are training at LMK International Skating School in St-Hubert, Quebec, Canada with coaches Julien Lalonde, Mylène Girard, and Lynn McKay and they reveal at the end of their GETTING TO KNOW Q&A (published May 24, 2019) that they will represent Italy this season: https://www.ice-dance.com/site/getting-to-know-roy-pietrantonio/
Click to expand...

There is an icedance.com interview on the new junior team of Loughlin & Petrenko as well, who are planning to compete for Azerbaijan. They are signed up for the Chesapeake Open.

IDC sure has been busy this off season!

DP: I began skating at age six in Kiev, Ukraine. I started in freestyle but switched to dance at age 7 after I realized I like it better. Even at seven years old, I knew ice dance was my passion. In 2015, my family moved to Kharkov, Ukraine where I continued to skate with a new partner and coach. When my partner stopped skating in 2016, my coach helped me with opportunities for try outs in Russia, France and the US. I will always be grateful to my coach in Kharkov for encouraging me to pursue my dream and for introducing me to my coaches in the United States.
Click to expand... 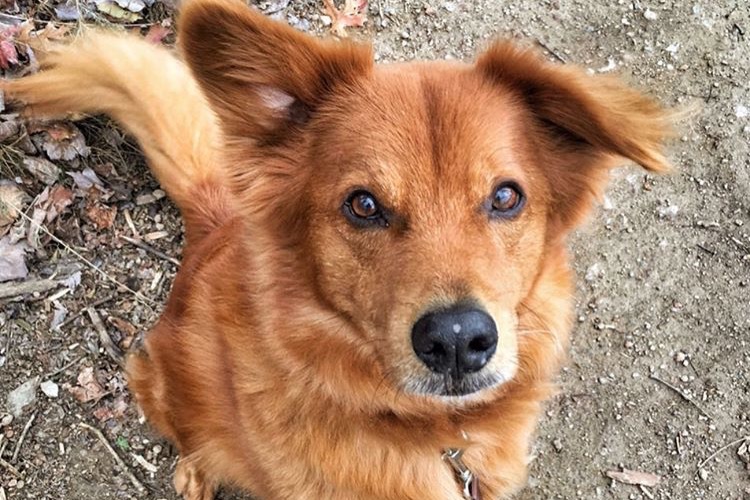 Luke needs help! For those of you who don't know him, Luke is a golden chow mix who has been a four-legged member of our family for over 12 years. We adopted him from our local animal shelter when he was just a puppy. He is a sweet, intelligent and very active dog, who we all love dearly. About a...

With Weaver/Poje not competing on the Grand Prix, the biggest wildcard in the assignments, as far as the teams really making a bid for the Grand Prix Final, is where Guignard/Fabbri end up, as the only one of last season's top eight teams that is outside the seeding.
C

A lot of interesting things in the dance assignments, but most of all to me is the confirmation of the rumored Caroline Green and Michael Parsons team up.

Also interesting that Gilles/Poirier and Lajoie/Lagha meet in both Grand Prix assignments.

How are Green/Parsons eligible for non-host pick Grand Prix assignments?

Skate Canada International
- On paper, the podium is pretty clear here, three teams ahead of the others and all spaced some distance from each other in turn: Hubbell/Donohue, Gilles/Poirier, Hawayek/Baker.

Tough GP for both S/B, C/B and G/F. Very interesting to see if S/K will continue their push and how G/P will handle their finally Canada number 1 spot (well actually they had the same status during last season GP but I have a feeling W/P might not come back to competition this time around.

Ice Dance Drama Update:
(Additions since my last posting of this are in bold).

Coaching changes:
Caruso moved to Berlin and is now an official German fed coach.
Koch & Nuchtern moved with Caruso.
Wagret & Souquet moved to Zoueva.
Chris Reed appears to have been coaching in Japan with Cathy. (I couldn’t read the instagram message linked with the post about this so I don’t know exactly what was posted regarding this, i.e. whether the reference to coaching there was short-term or long-term. Feel free to enlighten me if you know).
Davis & Smolkin moved to Shpilband/Camerlengo.


Note: I went ahead & took Min & Eaton off the list because I’ve not seen anything, even from Korean fans, that indicates this partnership is still happening. (Plus it seems like if you had half of last season to work, you might have program announcements for us by now?) I’ll put M&E back on the list if anyone has seen anything that indicates they are planning to compete or as soon as we do. There was a hearsay message on GS saying that Stairs & Graham have retired, but no link and I’m not familiar with the poster. Same poster reported Oliver & Paleev had split. Let me know if you’ve heard anything either way on those teams.


Skate Canada International
- On paper, the podium is pretty clear here, three teams ahead of the others and all spaced some distance from each other in turn: Hubbell/Donohue, Gilles/Poirier, Hawayek/Baker.
Click to expand...

I want to see what kind of push Gilles/Poirier get by being Canada #1. Guignard/Fabbri certainly got a bump from finally being Italy #1 and the same could happen for G/P.

Dobre said:
Note: I went ahead & took Min & Eaton off the list because I’ve not seen anything, even from Korean fans, that indicates this partnership is still happening. (Plus it seems like if you had half of last season to work, you might have program announcements for us by now?) I’ll put M&E back on the list if anyone has seen anything that indicates they are planning to compete or as soon as we do.
Click to expand...

How recent are you talking? https://www.instagram.com/p/BupVwH4Hvi1/?igshid=nv7eh9fx6tqn
There was this at the beginning of March. They're both still training in Novi and have been in stories in dance class together fairly recently, although as part of a group so I can't say for certain that they're still together.
You must log in or register to reply here.

Users Who Are Viewing This Thread (Users: 1, Guests: 5)