Oh my that was an amazing skate. Congrats to Maddie and Evan for their Team Silver!

Maddie’s eyes when their score posted! So proud of them for the win!

Team co-captain Evan's IG post with photos ("What an incredible start to these Olympics! So proud to stand alongside these athletes and represent Team USA! 🇺🇸🥈"): https://www.instagram.com/p/CZrJjFvr7_Q/

Elation has been one of the many emotions I’ve experienced today!! 😆
It’s been incredible to witness the mastery of sport this team has displayed! I’m deeply honored to share this moment with all my teammates. You are true champions through and through. Thank you for supporting one another so beautifully on and off the ice. Go Team USA! 🇺🇸
Click to expand...

Her photos earlier in the team event: https://www.instagram.com/p/CZoR5tJO3vV/
F

So happy that both teams have an Olympic silver! Hopefully one of them does after the individual as well.

I love them so much! Fingers crossed for the individual event! I'm so glad they're getting love from the general public! 😍

No fears, only cheers at the moment! Hoping great results in the individual event. Thank you to this pair for helping the US win a silver medal in the team event! 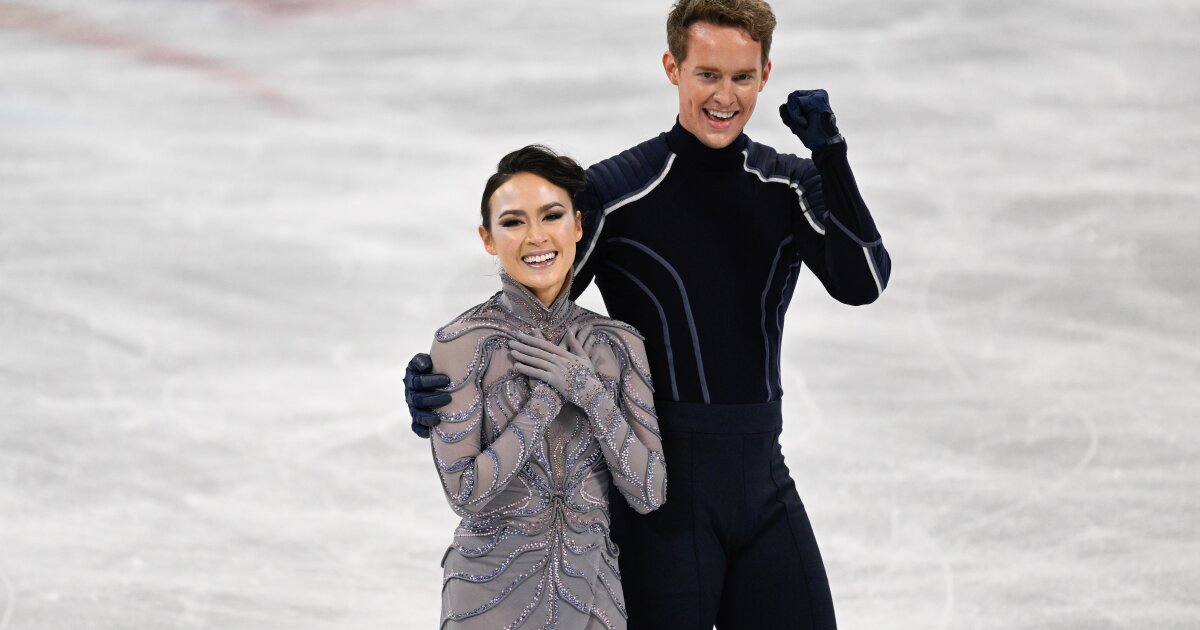 The Podium: Everything's better with love, including the Olympics

Training, performing and winning are done better with our loved ones. On this episode of The Podium, find out how that applies to the podium steps of the Olympics.

NBC's YouTube video of Madi and Evan's team free dance has been viewed more than a million times now.

The video of their 2020 nationals FD (the snake dance) has been viewed 2.9 million times.

Here's the link for the alien astronaut team FD.

It's very fun to be seeing Chock and Bates going viral this Olympic cycle! There have also been quite a few TikToks of them which have also garnered millions of views, including this one of their rhythm dance lift from Nationals.

This lift is even more INCREDIBLE in slow motion. 🤯 #ToyotaUSChamps22... | TikTok 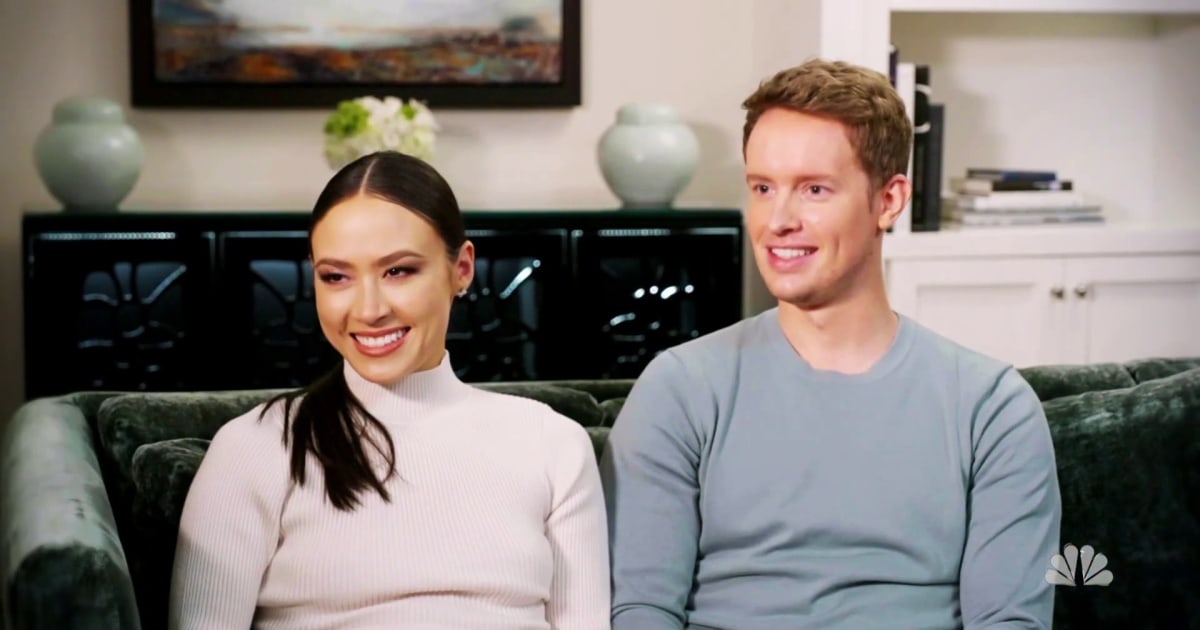 Ice dancers Madison Chock and Evan Bates are competing in their third Olympics together. The couple, who were first friends and skating partners for years, tell Maria Taylor that all they need is each other to succeed.

Ice dancers Madison Chock and Evan Bates are competing in their third Olympics together. The couple, who were first friends and skating partners for years, tell Maria Taylor that all they need is each other to succeed.

Ugh they are so sweet

Today was not what I hoped for, but I'm looking forward to the beautiful alien and astronaut Sunday!
D

Gutted for them but I hope they have a great FD, whatever the result ends up being.

So sad for them ..hope the alien & astronaut is their best yet
A

I would have loved it if they had made the podium, but they have to be proud of that FD and everything they've done to make it here.

I'm keeping my fingers crossed that they are not retiring quite yet.
F

Allskate said:
I would have loved it if they had made the podium, but they have to be proud of that FD and everything they've done to make it here.

I'm keeping my fingers crossed that they are not retiring quite yet.
Click to expand...

They have made it clear they aren't. Who knows, missing the individual podium could push them to go another 4 years. They seem to love what they are doing and kind of be ageless wonders, continuing after many of their younger rivals keep retiring.

They have so much to be proud of this season. Reclaiming their national title, winning an Olympic medal (and the team event free dance) and getting a ton of mainstream interest in their brilliant program. Hoping they go out with a bang at worlds.

Allskate said:
I would have loved it if they had made the podium, but they have to be proud of that FD and everything they've done to make it here. ..
Click to expand...

I'm sad they didn't make the podium in the IE, but so happy they got the chance to exorcise their star- crossed 2018 Olympics -- Madison skating on a broken foot, being passed over for the team event, aggravating Madi's injury in the SD warm up, and that string of ill fortune topped off with the freak fall in the FS.

I'm so happy and grateful they ended this competition with a great skate and positive memories.

I so wish Chock/Bates could have snagged a bronze here, but the RD was unfortunately just too weak.
K

Congratulations on their fantastic performance in the FD! They have fabulous programs this season, too bad about the mistake in the RD.

What a remarkable journey they have made together. It took a long time, but in the last few years they've become a unique team that does fantasy story dances like no one else's. It makes people remember them and excited to see them. I hope they will keep the surprises coming! They made it a tight race for that Olympic bronze! Congratulations to them on team silver (or gold). Those medals look huge - it will make quite a display over their fireplace!

So glad they had two wonderful performances of their FD at Olympics, and I am hopeful they are not retiring just yet. They are unique! Their creativity and commitment to paying attention to every aspect of their dance stories from fingernails on up is awe inspiring.

DORISPULASKI said:
So glad they had two wonderful performances of their FD at Olympics, and I am hopeful they are not retiring just yet. They are unique! Their creativity and commitment to paying attention to every aspect of their dance stories from fingernails on up is awe inspiring.
Click to expand...

Doris, I know you have been their steadfast fan forever so a big congratulations to you too!

I love C/B so much and am thrilled with their Beijing performance. ❤️ Sad they didn’t land on the IE podium but I’m so glad they had skates to feel great about and an Olympic medal in the TE which I very much hope they get in this lifetime amidst much fanfare, at some point.

The Eurosport Italian commentators absolutely loved them and their FD. They also remembered the Egyptian Snake program and consider it one of the best in ID. For Ambesi, their FD this year was the best program. An opinion I share too, and I'm very happy they had a great performance last night.
Last edited: Feb 15, 2022

From the beginning & end of the WaPo article:

“It’s extremely disheartening to leave the Games empty-handed,” ice dance skater Evan Bates said as he stood in a hall beneath the Capital Indoor Stadium stands.
The night before, Bates had been locked in his room at the Athletes’ Village, testifying by video to an ad hoc panel from the Court of Arbitration for Sport, one final chance for him — as the U.S. figure skating team captain — to force the International Olympic Committee to give the nine-member team its medals. But sometime just before midnight Saturday, he learned that CAS had sided with the IOC’s decision to hold off giving medals until its inquiry into Russian skater Kamila Valieva’s positive doping test is complete.
Click to expand...

“I think it’s going to take awhile to get over this,” Bates said, his voice starting to crack. “And when we do get our medals, I’m not sure that will sufficiently cure the hurt that’s been caused to all the clean athletes who didn’t get their medal moment.”
Click to expand...

ETA Nathan's shout out in his MSNBC interview earlier today:

"From here we are just trying to continue pushing for it [receiving the Team Event medals] as much as we can. I know
Evan Bates has been a very vocal supporter for our team, an advocate for our team ... the face of our team right now."
Last edited: Feb 22, 2022

Evan was team captain, so he was the spokesperson being interviewed.

I have gifted the WaPo article, for those who do not subscribe to it

I have been so sad they didn't get their medals there. I'm glad Evan had a chance to communicate it to the highest levels.

It makes no sense. Yes there is an outstanding issue that may change the results, but award the medals now at the games on the basis of the current outcome. What on earth was the IOC thinking? They have punished all the athletes who participated in the TE on the basis of one case.

Igor Shpilband: "I want a completely new look for Ilinykh/Zhiganshin"
2 3