Vaitsekhovskaya's interview with Boikova/Kozlovskii: "Our age is our biggest advantage"

Elena Vaitsekhovskaya's interview with Aleksandra Boikova and Dmitrii Kozlovskii: "Our age is our biggest advantage" 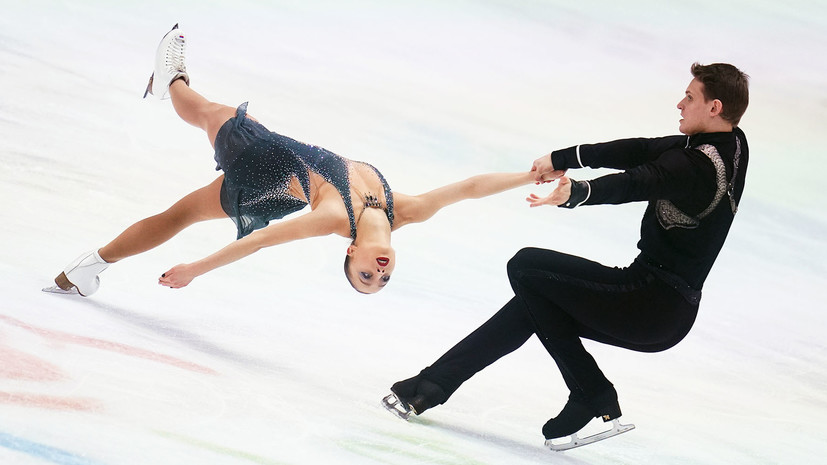 They are so well spoken, and tons of respect for Tamara Moskvina

I love the way they always bow to their coaches just before leaving the ice.

Lovely interview. They are so smart, analytic, appreciative of Moskvina, and disciplined!
M

It seem so Dimitri to make that comparison to opera singers! They are both lovely.

I always forget how young they are, because they sound so much more intelligent than some athletes who are 10 or 20 years older. Part of the reason I like them so much is because they are well-rounded individuals with class and personality, on top of being brilliant skaters. I hope they will have a long career together.

I love that he knows his Russian pairs history!

Please do continue to translate any and all of their interviews, they are a joy.

Great interview! I like their skating but also their off-ice personalities.

Boikova is a unicorn - and lucky for us, she is a unicorn on skates. Very bright, her English is even better IRL (she must be nervous on camera), the manners are spotless, a total lady without a shred of arrogance. Speaking based on a personal interaction. And she's quiet beautiful. Boikova & Anna Scherbakova are two little Russian aristocrats.

Ka3sha said:
The guys also bought some Austrian chocolate for the fans who were waiting for them at St Petersburg airport

Wow. They are really awesome.

In the Center of Scrutiny from all Directions

I love that they brought "Mozartkugeln" from Austria. Shows again that they are interested in culture and know who Mozart was and that this chocolate would be the best gift for their fans.
Then again...I have never seen skaters bring gifts for their fans, it's usually the other way round.

These two are precious! Long may they skate and reign!

I loved that interview and the only warning sign was Boikova mentioning her weight -- she seems skinny as a giraffe neck to me.

Another interesting interview with the guys for TASS. Mostly about their view on difficult elements in pairs skating, their first steps on the ice, literature, theatre and why you have to make your brain work Don't have enough time to translate it now, hope google translate will work ok.
Or maybe @TAHbKA may help?

She is nowhere near to Zabijako or Bazarova.

hanca said:
She is nowhere near to Zabijako or Bazarova.
Click to expand...

I didn’t think she was too thin, just certainly thin enough that her weight shouldn’t be a factor.Her body type is not like Mishina’s, for example.

Honestly, she has to be aware - it's pairs and she's 5'5. And Boikova is not skinny. She is slim, but ummm... with a very feminine figure. She looks like she has a very healthy diet. And I am sure she watches her carbs and stuff like that.

I would like to see an elite female pair skater who doesn’t watch their weight. The difference is just that some of them admit it openly in the interview, whereas others keep quiet about it. Boikova is Russian, which makes her more open in the interviews than many skaters from western countries, but it doesn’t make her necessarily more weight aware.

hanca said:
I would like to see an elite female pair skater who doesn’t watch their weight.
Click to expand...

I would think they would have to, much more so than single skaters or ice dancers. Five pounds more or less could really throw off a male partner, who is used to dealing with his partner being a certain weight.
S

What an excellent interview. A very interesting and insightful pair.
You must log in or register to reply here.