I regret having offered up a name.

So, to update the Selection Criteria one last time now that we have our Nationals results:

Seems pretty clear that the Olympic team will be K/F and C-G/L, alternates should be C/J, L/M and C/H; 4CCs team - wouldn't surprise me if M/B get assigned ahead of at least one of the Olympic alternates but we'll see.

I was so happy for Ashley and Timothy, maybe the best free skate I’ve seen in the US Nats Pairs ever.

And oh my gosh I still have to cheerlead for Audrey Lu and Misha, one of only three teams in the world I can do a triple salchow Half loop triple salchow. I can’t wait to see them grow. I just love them

I didn't have quite the same reaction. It was a lovely performance, but there were definitely some mistakes in that Cain/LeDuc program, not all of which were accounted for in the marks (the 2T was a clear UR, second lift could have went up smoother, third lift got a little sluggish, twist didn't decelerate on the way down), but they were the only ones who skated great. Ashley looked laser focused, just the salchow got away from her.

Calalang/Johnson's FS was pretty typical of them, some nice lifts mixed in with the usual bigger issues on jumps and a throw. They clearly have better quality lifts than Cain/LeDuc, but C/L were being given such inflated GOE on every element that C/J only ended up with a 1 point advantage on lifts. So this event mostly came down to jumps and throws, and C/L had the clear edge. C/J had a hard throw fall in the warmup, and that probably didn't help.

The top 3 had such inflated scores that you can't really make heads or tails of the marks- the scores made it seem like Calalang/Johnson and Lu/Mitrofanov were less rough here than they actually were.

Knierim/Frazier obviously would have really added something to this event, including the depth of it, and they were missed.

Before the event started I was leaning towards C/L over C/J to go to the Olympics with K/F, and this event confirmed that.
Last edited: Jan 9, 2022
T

I briefly scrolled through and didn’t see anything posted regarding the fact that Jenni & Todd were not in the K&C for the final. Wondering if one (or both) also tested positive??

Twizzler said:
I briefly scrolled through and didn’t see anything posted regarding the fact that Jenni & Todd were not in the K&C for the final. Wondering if one (or both) also tested positive??
Click to expand...

Apparently it was announced on NBC that they had tested positive (I guess both? People said Terry said "they").

Rukia said:
To no one's surprise the US Olympic Pairs teams are Ashley Cain-Gribble/Timothy LeDuc and Alexa Knierim/Brandon Frazier
Click to expand...

I watched this last night with fewer mixed emotions than I had for women. Lots of guts! -

I am more encouraged in Pairs cuz the US was starting from a low bar anyway. CG/L put together 2 programs back-to-back at a major event. They completed more difficult SBS jump (Loop, Sal combo), and I can't get over the revamped throws. I hope the reworked components mean that this is something new and permanent, and that they can crawl up the rankings, then place well at the Olympics in both Team and Individual events. I wonder if they can for example get past the JPN team. That would be really significant for purposes of the Team event. I am glad that they resurrected this music

C/J were gutsy. They put together decent performances and have the best twist and lifts in the US. I am glad that they stood up on the jumps, as messy as the 3+combo was. It looked like the bobble on the Throw 3S was more due to aggressive attack than anything else. I often wondered why they didn't skate to the Queen version of this music. This version is a bit more Muzak. I assume that the Olympic team will be K/F and CG/L, so they need to stay healthy cuz who knows whom YKW will take out next. That is going to be true for any discipline.

L/M were tight and this was a step down from GS in December. Too bad. They were gaining a rep for consistency but I think the pressure of their rise probably got to them. I love the fact that they can SBS jump like no one else in the US (3S-eul-3S!) and that last lift was gutsy. I am glad that he didn't let it go. They need to develop a style and connect to the judges / audience.

C/H are great. I love their unique style but they have to work to do on the elements, which is the opposite of L/M. He also held onto a lift. I thought they would have scored a little higher though. I look fwd. to watching them in the future.

M/B seemed to get a nice score early on, but NBC chacked it. So was the Silecky team. Any opinions by anyone?

I really thought this event was the most gutted of the 4. It would have been super interesting w/ K/F and also L/O. I hope that L/O are back next season. She falls a lot, so they have work to do but they are so well-matched that it would be a shame not to see them reach their potential

ETA - I just saw the announcements. That is the team as it should be. Interesting that C/J are not named to 4CC. I wonder if the USFSA is being careful because of the higher likelihood of C/J attending the Olympics due to YKW. IOW, would they be sent to Beijing just in case (think Kwan in 1994) ?

I'm also a little frightened of Jenni and Todd's Dx. A lot of ppl around C/J have tested positive! So, I'm afraid for them.

It really sucks C/J get nothing. I would have given them worlds over K/F.
Y

Over our strongest team? They were the only team in group two and earned their spot at these competitions fair and square. Especially in a year where maybe they can try to gain 3 spots? Worlds shouldn’t be a consolation prize.

Was just coming here to say the same thing. Obviously it's possible something will happen and they'll get called to the Olympics, but there's a good chance that their season is over which is a bummer. I assume Gr/P will be in the same boat for dance.

georgiana08 said:
Was just coming here to say the same thing. Obviously it's possible something will happen and they'll get called to the Olympics, but there's a good chance that their season is over which is a bummer. I assume Gr/P will be in the same boat for dance.
Click to expand...

Green/Parsons might have a higher chance of one of the other teams noping out of worlds though. Idk about the pairs.

yeslek said:
Over our strongest team? They were the only team in group two and earned their spot at these competitions fair and square.
Click to expand...

AFAIK, the "group 2" stuff is only for Oly team selection, not Worlds.

Rukia said:
Green/Parsons might have a higher chance of one of the other teams noping out of worlds though. Idk about the pairs.
Click to expand...

Yeah, I think it would take YKW for one of our pairs not to go to worlds. And, truth be told, I think K/F and C-G/L are our best chance for three spots next year, so I'm fine with them getting those spots. It's just a shame that C/J can't go to 4CC because of all of the uncertainty with the crud.
Y

wickedwitch said:
AFAIK, the "group 2" stuff is only for Oly team selection, not Worlds.
Click to expand...

Why would it be different though. They are still the strongest two teams.
W

To be fair though usually at least some of the Olympic skaters opt out of worlds, if not most of them. One would think C/J has a good shot at going to worlds based on that.

Willin said:
To be fair though usually at least some of the Olympic skaters opt out of worlds, if not most of them. One would think C/J has a good shot at going to worlds based on that.
Click to expand...

I can't see either K/F or C-G/L opting out of Worlds. I could be wrong and we'll see how it goes with the Olympics and that super-strict bubble, plus Pairs is the last event, so maybe one of them will pass on Worlds.
M

C/J have beautiful skating, but they didn't land a single jumping pass cleanly in the long. They got the benefit of the doubt in the sp, but their jumps just aren't there in general. Even their throws were off. I'm not surprised they're sending K/F.

C/J should have been given 4Cs.

DORISPULASKI said:
C/J should have been given 4Cs.

It seems a lot of first alternates are NOT being sent to 4CC.

DORISPULASKI said:
C/J should have been given 4Cs.

I agree. While I'm sure they'll be deeply disappointed if last night was indeed the end of their season, I'd like to think they can understand USFSA's reasoning for not sending them to 4CC. I don't think this should be seen as a slight against them at all.

True.
But Green/Parsons 4th place dancers, are going to 4Cc, 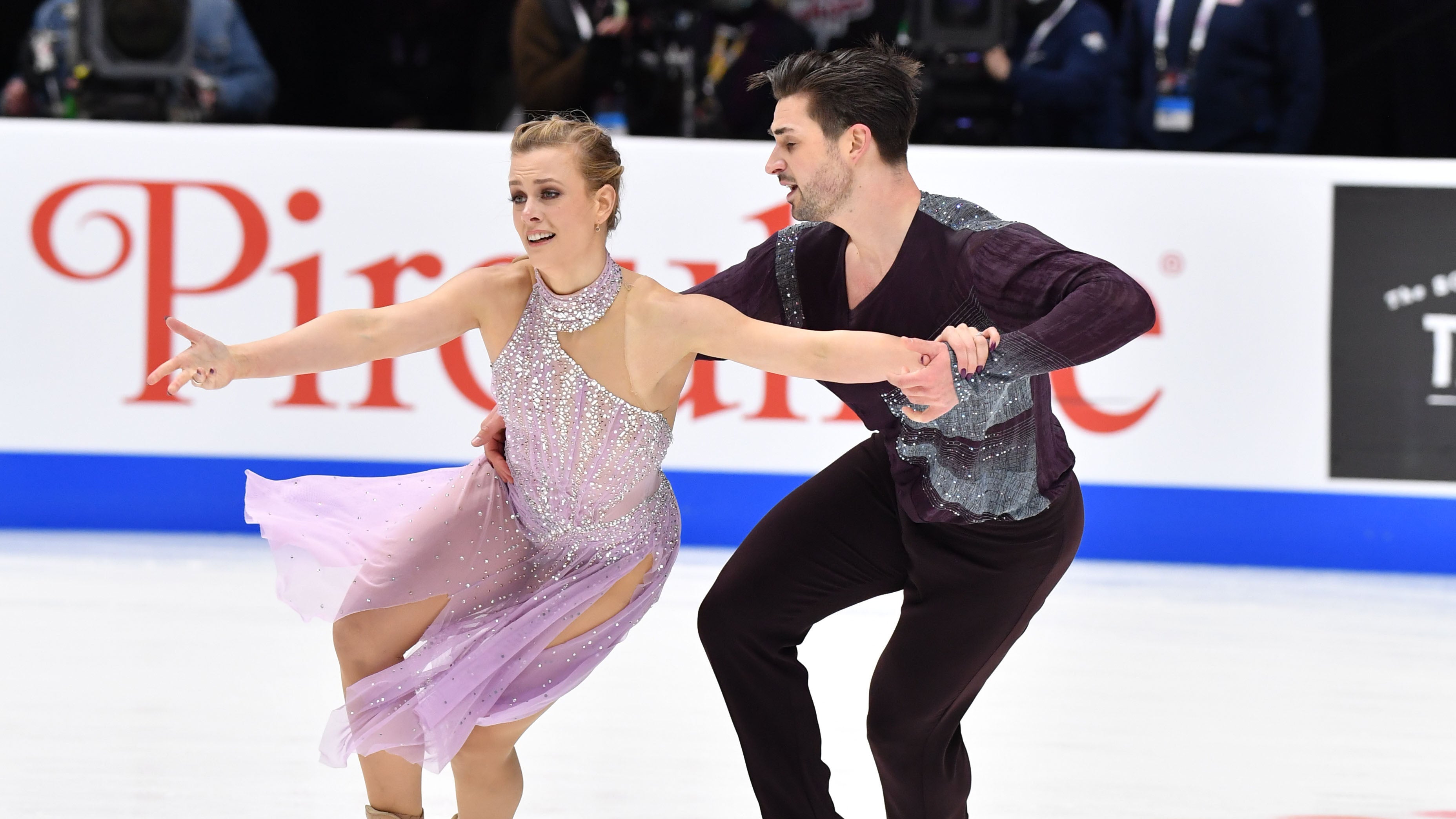 as well as being 1st Olympic alternates. 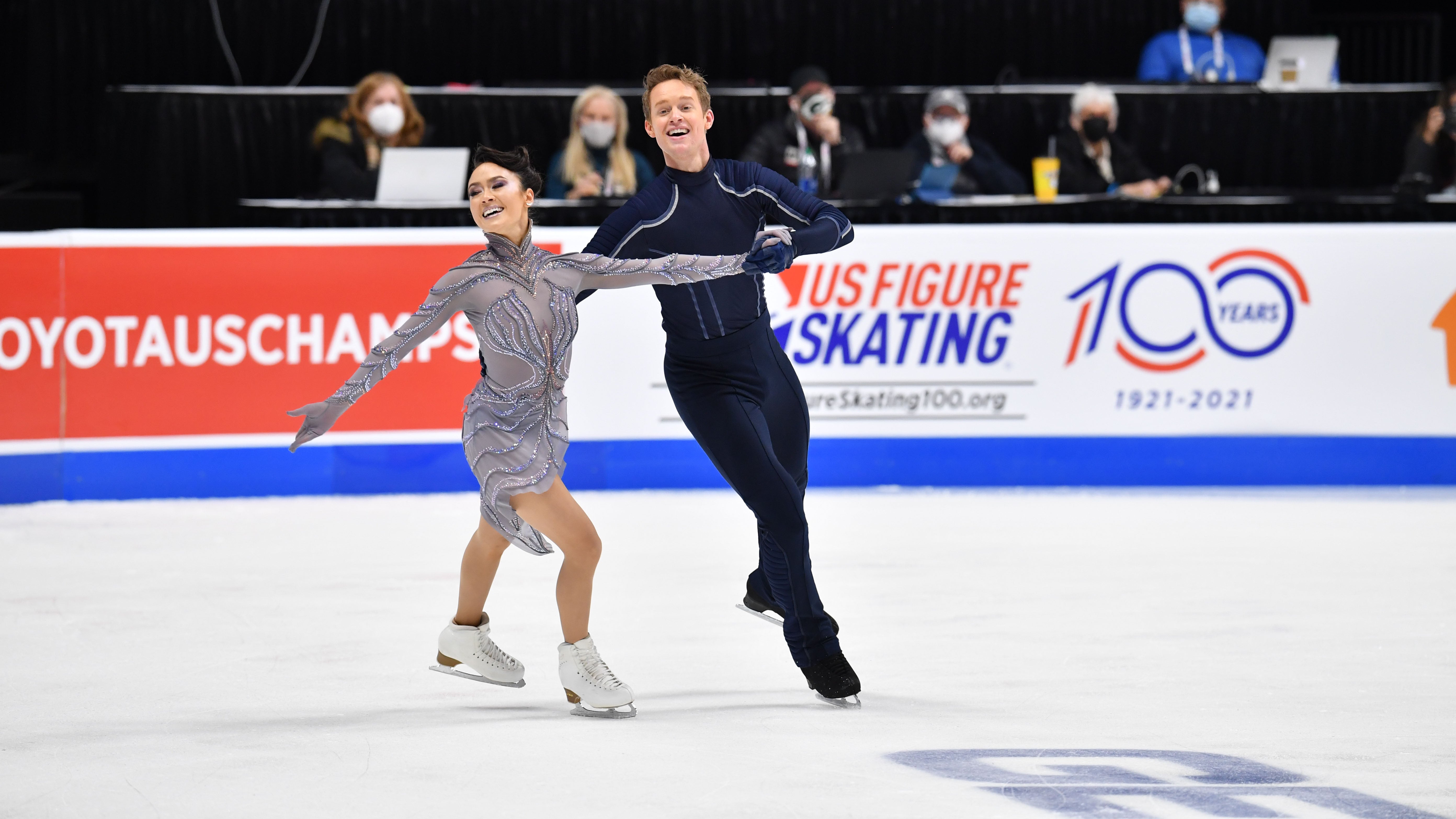 So C/J are the only competitors getting a complete vote of no confidence. And they are 2nd place as first alternates, not fourth.


There comes the point in your life when you throw someone who never values you the double bird and utter the immortal words of one of my work acquaintances, who held the corporate record for the most profanity in the fewest words.

Maybe C/J do not feel that way, but I would.

Frankly, it seems to me that the USFS is hedging their bets. They can't be certain that either Alysa or Brandon will be able to test negative before the Olympics. They've got to keep their #1 alternates home from 4CCs because there is a very real chance they might need to send one or both to Beijing. If I was C/J, I would be asking for private ice time with Mariah and Nathan.

I love C&J because no one brings the sparkle like Jessica! I really think USFSA is holding them in reserve because there is a real, if hopefully very small, chance that Brandon does not test negative for Beijing. I wish I could argue for C&J over K&F at Worlds, but I don't think I can. I sure hope they don't lose hope and quit. Being Oly alternates is an accomplishment on top of silver at Nationals, even if they didn't get Worlds.
You must log in or register to reply here.