Dancing with the Stars, Season 29

Tyra gets so involved as the nights go on that she can't seem to focus.

What is up with her costumes, they seem like bathing suits with ponchos thrown on top. Is she trying to disguise weight gain, if so, that's fine--we all gain weight, but something without so much material might be better.

Derek's judging has been thoughtful and right on target.

Tyra tries to ask pointed questions but they come out awkward. And I could barely hear her above the canned applause. Derek has very constructive criticism for the dancers.

I'm just happy the show is back this season!

I hate when it's clear the stars don't know the movie they're dancing to. Like when Jesse said that Newsies is about catching your big break. Um, that is not what Newsies is about AT ALL! (though based on that one song it may seem like it)
Though clearly he and Sharna liked the song, since they were mouthing along.

#dancingwiththestars #dwts2020 Hello everyone ... sorry , I am sick while recording this .. I will in this video react to the new season of Dancing With The ...

OH GOODNESS! This guy basically says about his dancing everything commonly heard on FSU about Johnny's skating a decade ago.

screech said:
Like when Jesse said that Newsies is about catching your big break.
Click to expand...

I screamed at the screen... it's about UNIONS!!!

#dancingwiththestars #dwts2020 Hello everyone ... sorry , I am sick while recording this .. I will in this video react to the new season of Dancing With The ...

OH GOODNESS! This guy basically says about his dancing everything commonly heard on FSU about Johnny's skating a decade ago.
Click to expand...

The video has been removed. What did he say? 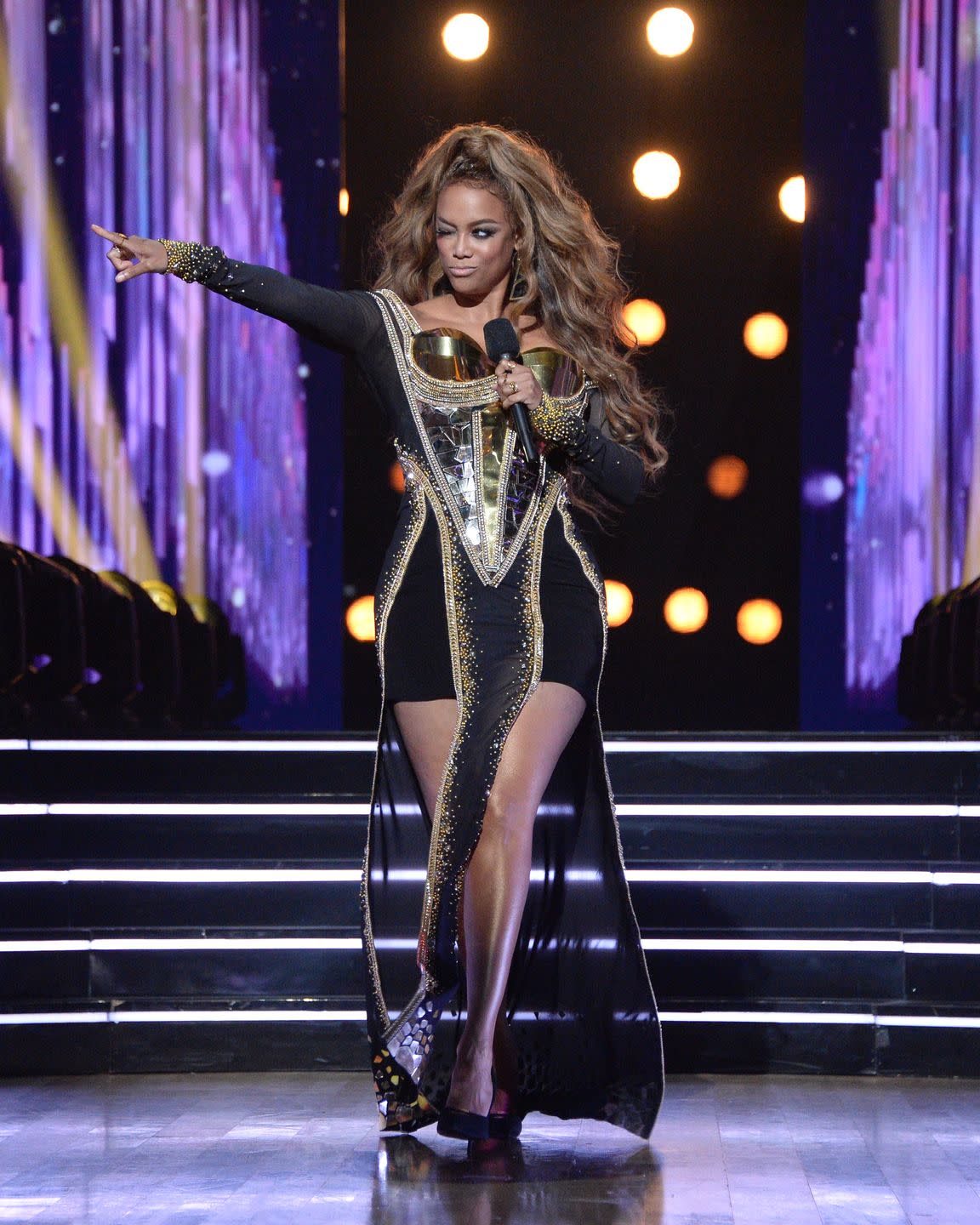 An executive producer from ABC spilled alllll the tea.

eh, I don't buy it. Do they really think that someone who has never watched DWTS before will all of a sudden start watching just because Tyra Banks is the host? I don't see that the pace has picked up either. In fact, I find the Host parts has slowed down incredibly because Tyra can't carry on a conversation, she can't think of anything to say, and her interviews are just plain awkward. She makes it more about her than about the Stars. I've also found her to be rude sometimes. Tom was never rude. I stand by my original theory.

Typical PR spin. What else is the producer supposed to say while appearing at a Q&A panel discussion?

The pace is definitely better, but the changes are largely due to *********. I never did like it when the dancers had to run upstairs to get their scores, greet castmates and mug for the camera while Erin plugged for votes.

The headline cracks me up. Now we "finally" know. And then it says exactly what they said when they announced the changes.

In other news, Derek and Hayley will be dancing a routine on October 19.

Whoa, I really liked Anne Heche tonight even with a slip. Scored 7 7 7

Who dresses Tyra Banks - none of these outfits make her look good.

Doesn’t Tyra have a friend that will tell her these two dresses are a fashion NO?
D

Johnny needs to wear that pantsuit for his (presumably virtual) SA commentary.

Great dance! I hope he can make it to the final night. I just wish the makeup people would work on him a bit...he looked like a ghost tonight.

“Listen to the white man, mamma!!”

Is anyone else's feed freezing or is it just me?

Johnny was called 2nd for safe. Hard to tell who bottom two will be.
P

Lord, Anne/Keo, Vernon/Peta, Chrishell/Gleb last three couples. Then Tyra says bottom is Anne and Vernon. Realizes three couples still there and then the bottom two is Anne and Monica/Val, who were already called safe!

The judges save Monica, so Anne is booted.
N

.
Were Johnny's pants see thru?

Either his hair was too dark or they didn't do a good makeup job because he looked completely washed out on my TV screen. I mean like death's door washed out. He looked pale as a ghost. But the dance was great ... so there's that.

Anne was the right choice to go tonight no matter what the bottom was, but wow. Who screwed up?? That was a pretty big screw up when Monica had already been called safe and Vernon and Chrishell didn't even get called at all?

If that was keeping her cool, I'd hate to see her when she really gets flustered. Pleeeaaassse bring Tom Bergeron back.

jkl said:
Doesn’t Tyra have a friend that will tell her these two dresses are a fashion NO?
Click to expand...

I didn't even notice the first one, but the second one looked like she had boobs on her hips.

.
Were Johnny's pants see thru?

Either his hair was too dark or they didn't do a good makeup job because he looked completely washed out on my TV screen. I mean like death's door washed out. He looked pale as a ghost. But the dance was great ... so there's that.

Yep, Johnny’s pants showed his big granny black panties when he did the butt wiggle move. His partner’s pants were not see through though so not sure what happened there.

The paleness was a lot, especially with his chest showing. It always takes me a bit away from the dancing.

Johnny's hair looked great, he needs a spray tan next....

I didn't think Tyra handled it poorly. Sounded like it was production's mistake. I don't really care for her during the show though.
J

Scoring complaints: Kaitlyn and Skai's were too high. And I would have given Johnny 9s.
V

Tyra did the best she could with a massive screw-up that wasn't her fault. Still not a fan of her hosting abilities (bring Tom back, please). And that last dress she wore was HIDEOUS. It made her look like she'd grown a second set of boobs on her hips. Yikes.

I felt bad for Anne. She has been trying so hard, and she's not a truly awful dancer, just doesn't have a lot of natural gracefulness. Still think Monica's dancing is too stiff, but I liked the way she called Val out for his lack of empathy. Sometimes he does need a little reminder on that front (his absolute confidence in his abilities can drift into arrogance), so good for her.

Johnny's been doing a lot better the last couple of weeks. I didn't think he really looked abnormally pale last night. I do NOT think he should go the spray tan route. It would look completely unnatural on him. I liked the glittery pantsuit, but if he wears it again, he needs to NOT wear black underwear underneath. Just sayin'. His hair looked great though. Let the curls fly free, Johnny!

Skai was really good, and her emotions with regard to Cameron Boyce were genuine. Made me tear up a little (okay, a lot; I'm still not over his death). She deserved first place this week.

I really like Nev, AJ and Justina as well. Vernon danced the best that he has so far. Nelly at least seems to be trying, bless his heart, but he's just not a ballroom dancer. Chrishell is growing on me a bit; she seems like a sweetheart.

The rest were just kind of meh for me. Didn't really stand out, in either a good or bad way.
You must log in or register to reply here.