Just got off the phone with my sibling who trained under Luddy for several years during the 1980s in Wilmington and Newark, Delaware during his golden era, to let me know that he passed away today. I assume there will be many more articles later.

In addition to his coaching career, Luddy won four US National Championships in pairs with Nancy and they won a bronze medal at the 1960 Winter Olympics in Squaw Valley. One of his stories was that he should have been on the plane that crashed and killed the entire 1961 US World Figure Skating team plus coaches/officials and family. As a coach, Luddy was best known for guiding Kitty & Peter Carruthers to a bronze medal as the 1984 Olympics in Sarajevo.
Last edited: May 16, 2020

I believe Ron Luddington passed away yesterday. Darlene Cain posted a note on her FB page about his passing on Thursday afternoon.

Yes Wikipedia says he died on May 14th, but the linked article doesn't say and my sibling also saw it on Facebook. I've known him since 1982 but it's probably been two decades since I saw him. What a legend, they don't make them like Luddy anymore. It was so special to attend those late night sessions at SC Wilmington with all of his Olympic and senior National team members in the 1980s, he's the primary reason that I became involved in figure skating myself as a volunteer and an official, as well as my becoming a lifelong fan of the sport. Just seeing the Carruthers, Fox & Dalley, Miller & Fauver, and so many other great pairs and ice dancing couples rinkside in the middle of the night was so cool!
Last edited: May 16, 2020

Adjusting to culture shock of working from home 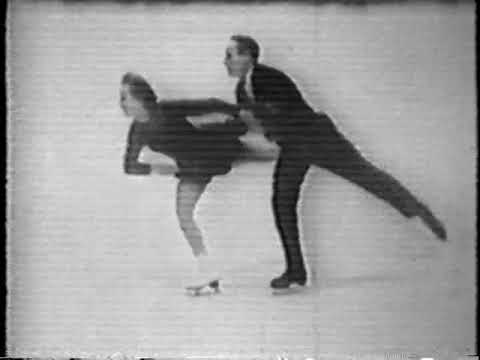 I apologise for the poor quality of this film but, well it was 1960. And today we lost Ron Ludington, and there really isn't any footage of his skating onlin... 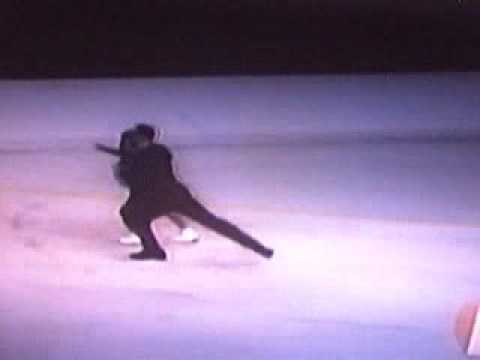 Not many have seen Ron Ludington, dean of American pairs skating, on ice.....but here is a short clip of them winning the 1960 Olympic Bronze medal, in a bit...

Squaw Valley 1960 was the end of the US Golden Age! The other medalists were Carol Heiss (gold) and Barbara Roles (bronze) in the Ladies and David Jenkins (gold) in the men. Definitely an area when the SC of Boston and New England skaters dominated the US scene.

The Squaw Valley footage at the outdoor arena is priceless. The pairs look more like ice dancers except during the death spirals and sbs jumps.

He had many great stories.

overedge said:
He had many great stories.

Ron had some fascinating experiences. This interview is not for the fate of heart. In fact, some are on level with war stories.

He was so great. I talked to him at length about Cecilia Colledge when I met him at the 2012 Europeans in Sheffield. He was so generous with his time and fascinating to talk to. RIP Ron

Here's a much better local Delaware article celebrating Luddy's life including quotes from a couple of his Olympic skaters, Scott Gregory and Johnny Weir. 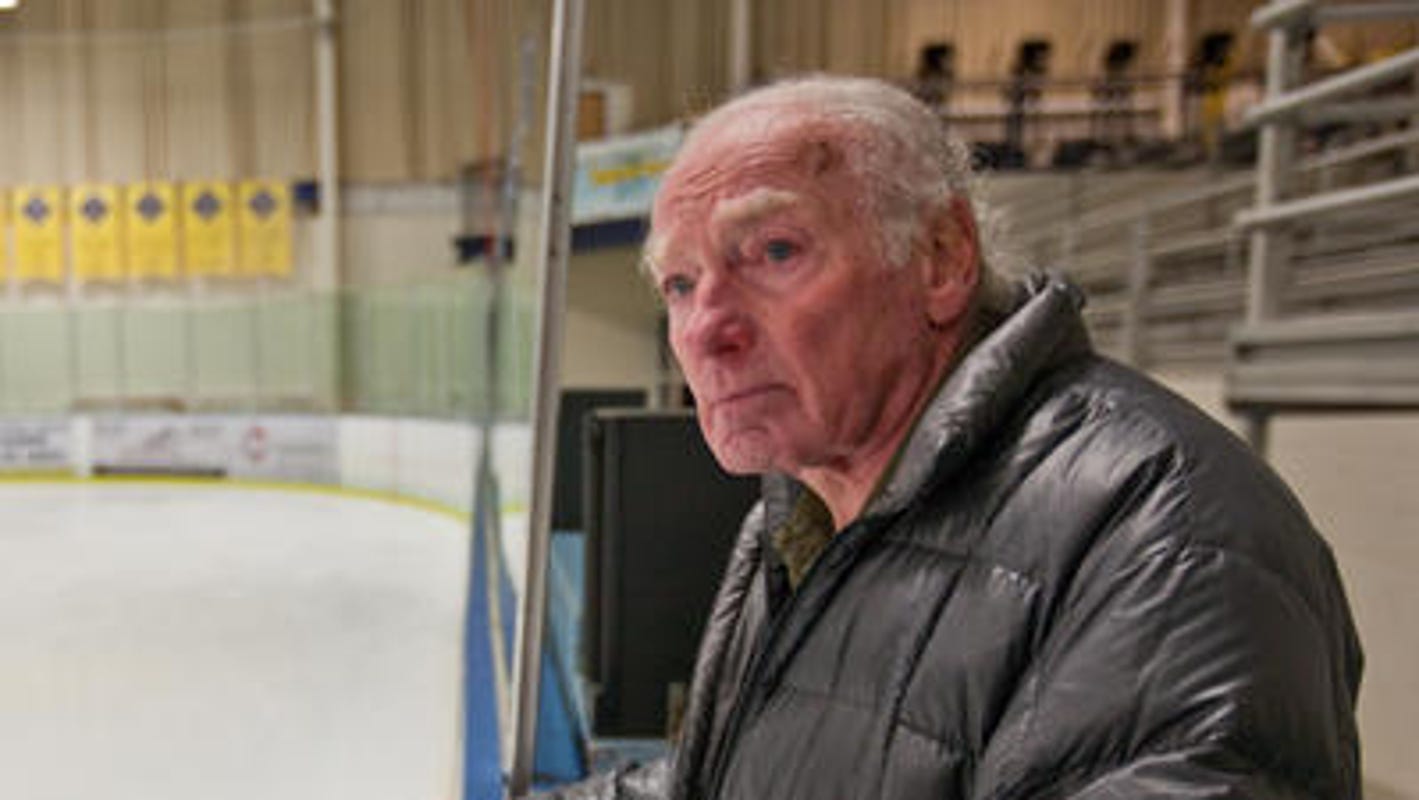 Ron Ludington won a bronze medal in 1960 and coached more than 30 more Olympians during his 50 years in Delaware.

What's scary is that he attended EVERY World Figure Skating Championship from 1957 to 1999, EXCEPT 1961 where he backed out at the last minute because he couldn't afford the flight and lodging in Prague! Of course, that was the flight that took the lives of 72 passengers, including all 18 members of the US World team and their coaches, such as Luddy's own legendary coach Maribel Vinson Owen.
Last edited: May 16, 2020
R

My partner trained with him in Lake Placid one summer, (probably early 1960's) and he was so excited when he ran into him one summer at the Philadelphia summer competition. Mr. Luddington even remembered my partner.

Ron Ludington won a bronze medal in 1960 and coached more than 30 more Olympians during his 50 years in Delaware.

I have skated at UD off and on for 20 years, and he was such a fixture until a few years ago when he moved to the Patriot Center (formerly the Pond). He was always friendly to me. On the way back from an adult skating camp in Lake Placid he was sitting next to me on the plane, so we had a very interesting long chat. I haven't seen him in awhile, but I will miss him anyway.

I was just reading this at USAtoday.com. Wow, he would’ve been on the 1961 plane that crashed in Belgium with the 1961 team but did not go at the last minute. Wow.

I did not realize he coached Calla and Rocky. What an amazing man. Went to all the world championships. 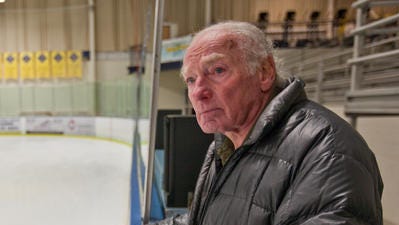 Ron Ludington won a bronze medal in 1960 and then went to coach more than 30 more Olympians. He was named to the Figure Skating Hall of Fame in 1999.
www.usatoday.com

Those were lovely tributes to 'Luddy' by Scott Gregory and Johnny Weir. Thanks for sharing the old interview @overedge, from manleywoman's podcast. And thanks to @floskate for those wonderful clips of Luddy and his former pairs partner. I didn't realize it was his first wife he skated with. I always thought Nancy was his sister.

Those clips are really good. The quality is better than I expected. I enjoy looking at old pairs clips and seeing how pairs has evolved, and comparing interesting moves that aren't done anymore with the early moves that have developed over time through advances in technique to increased difficulty and athleticism, such as lifts.

Luddy & Nancy surely did love the pair camel spins. They did a lot of them in one program.

Toward the end of their 1960 U.S. Nationals free skate, they did what looks like pull Arabians into another pairs camel spin. They aren't always showing matching lines in their camel spins but their individual form is good. The pull Arabians remind me of Tai & Randy who had the best ones I've ever seen. Of course, Tai & Randy were also superb in their matching lines. T&R had an exquisite matching pair Ina Bauer. And there were a number of new pair innovations during T&R's era.

Luddy & Nancy were so precise with great edgework, of course. They had good ice coverage, but not a lot of speed. At least to the slow music they were skating to, they didn't show great speed. But they exhibited wonderful precision and timing. Their opening moves remind me so much of the kinds of openings we see in pairs today. And they did a lot of dance-type lifts and carry moves. We see a lot of dance lifts and moves in pairs skating today, especially with so many dance choreographers creating pairs programs. It's a cross-fertilization that has invigorated pairs, IMO. But probably the cross-fertilization in dance and pairs has always taken place, one discipline to the other and then vice versa, probably since the beginnings of both disciplines.

Some of the early pairs skating of the fifties and early 60s (pre- Belousova/Protopopov) had a lot of intricate arm holds, somewhat similar to dance. And there was a lot of short lifts of the lady and hops in unison. I guess I should take this type of discussion to the pairs thread.

Anyway, blessings to 'Luddy!' R.I.P. and condolences to his family and friends. Every time we hear of the passing of another great skating legend the sport, as we know it, seems further diminished. Unless there are those who have been passed the torch who will rise to the occasion and push the sport forward. Skating sorely needs inspired coaching and leadership at this time.

It's cool hearing what sounds like Dick Button's effervescent cheering toward the end of the Luddy/Nancy U.S. nationals free skate.