Bill and Melinda Gates getting divorced

overedge said:
A pre-nup can also help the spouse who makes less or has less during the marriage to get a reasonable share of the community property.
Click to expand...

This is very sad. ”Not growing together as a couple” sounds like something temporary that could be worked out over time, not an insurmountable, unsolvable issue where there is absolutely no way to ever find common ground ever again.

You can walk different paths and still meet up for a picnic every now and then.

MacMadame said:
Also, it's not unheard of for a couple to break up once their kids are grown and gone.
Click to expand...

One of the most common stages for divorce. You no longer have a common goal, you realize that you are getting older and you ask yourself, do I really want to spend what is left of my life with this person?

“What’s pushing gray divorce is people are living longer and they feel more entitled to living fully. They’ve contributed to raising children, they want an emotional journey, it’s their time now,” says Lili Vasileff, a certified financial planner and president of Divorce and Money Matters, which specializes in divorce financial planning. “They may have (decades) ahead and don’t want to be unhappy anymore.” 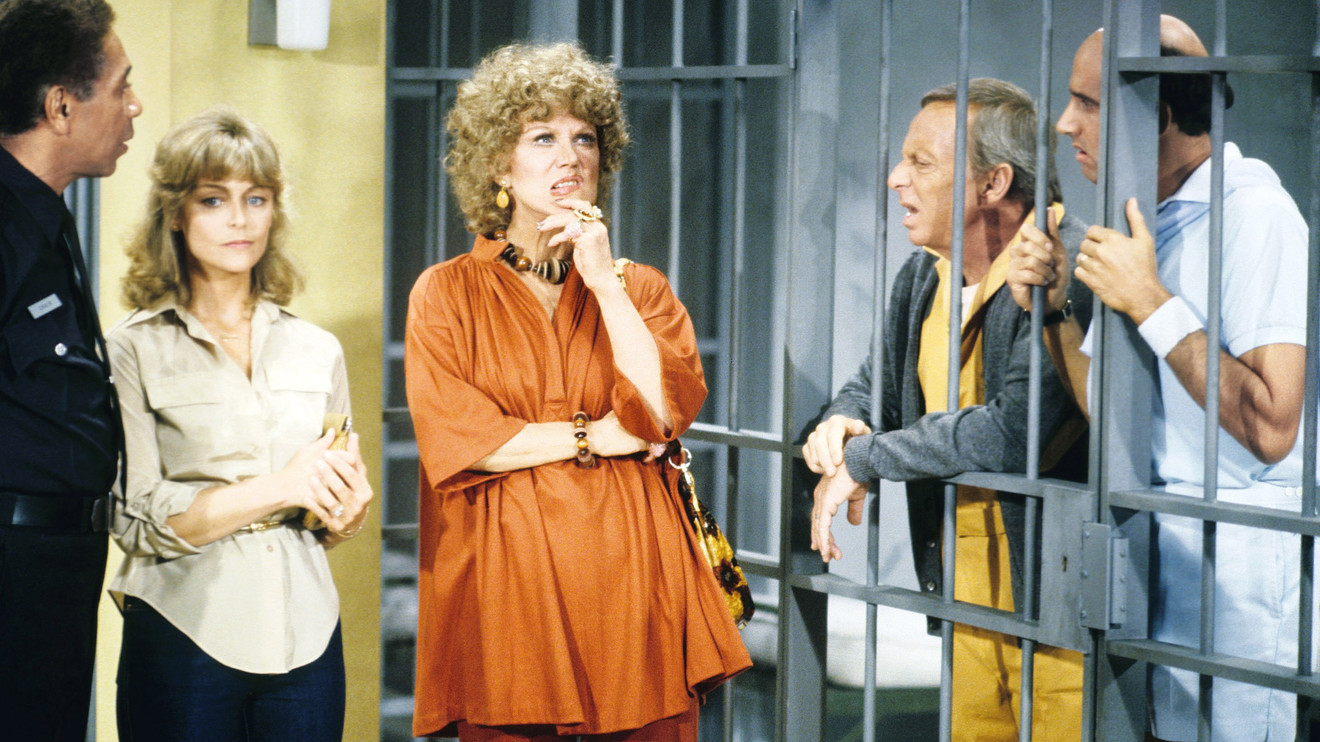 This is why baby boomers are divorcing at a stunning rate

When ‘until death do us part’ sounds like agony

I would bet that their reasons for getting divorced are just as mundane as everyone else's.

quartz said:
You can walk different paths and still meet up for a picnic every now and then.

Unless your paths go in opposite directions.

And there's more than one wife (it's usually the wife) whose ex-husband got an aggressive lawyer, and who ended up with less than a fair share of the community property because "all" she did was stay at home and take care of the kids and the household.

"Protected" isn't always the same as getting what is rightfully owed.

Maybe it’s the lawyer in me, but I don’t see anything wrong with prenups. I personally didn’t get one, but I totally understand why other people do. They’re very helpful and make things much much easier when things go south but if there’s a particularly badly written one (that has things no prenup has a right to have like child custody arrangements or illegal terms like denying alimony entitled) or one that was signed under duress/coercion, or if the terms are so one-sided that it is unconscionable, then they’re not ironclad either. They’re also not only meant to plan for divorce but death of a spouse as well and can be used for estate planning.

Divorce is so messy and people really do end up fighting unnecessarily about everything. And I mean everything. Feelings are heightened, people tend to be truly hurt, they want revenge, etc. it happens to almost every divorce case and it’s worse when young children are involved. Also, one doesn’t have to be rich to have assets.
Last edited: Wednesday at 2:16 AM
M

Brenda_Bottems said:
Prenuptial agreements are crude,secular, and in poor taste.

Whatever happened to "'til death do us part"? The blatant disregard for the Sacrament of Marriage is dispiriting.

Why stop at death BB? I will only accept permanent companionship through all cycles of reincarnation.

mjb52 said:
Why stop at death BB? I will only accept permanent companionship through all cycles of reincarnation.
Click to expand...

One lifetime is quite enough,dear. Mr. Bottems is well aware in the afterlife I am a free agent.

This is how it should work in theory but it doesn't always work that way in the real world so there is no harm in laying it all out when everyone is happy with each other and more likely to be honest about what assets they actually have.

I could certainly be wrong, not knowing Bill and Melinda personally, but I really don't see them squabbling over money. Does it really matter if they split 50/50 or 65/35 when they will each end up with multiple billions and have already committed to giving away most of their assets any way? Plus it sounds as if they have already come to a separation agreement that they are asking the court to finalize rather than litigate. I think there's a place for prenuptial agreements, especially if there are children from prior relationships, but I really don't see how a prenup would be all that critical in the Gates's circumstances.
W

I can't see them squabbling over money either. I get the impression they have been quite generous with charities etc and they do have quite a lot of it "to go around" so to speak.

IN terms of the descriptions about why they are separating, it is just a nice way of saying we do not want to stay together anymore for whatever reason. Irreconcilable differences, we are bored, etc etc You only live once and if you are unhappy in a situation, change it! Life is too short to do otherwise.

Also, remember when a star (can't recall which one) said she and her (now ex) were "decoupling" as their way of describing their parting.
J

canbelto said:
I think that's a euphemism for "We want to grow with different people."
Click to expand...

It sounds like an amicable split so that is great.

Winnipeg said:
Also, remember when a star (can't recall which one) said she and her (now ex) were "decoupling" as their way of describing their parting.
Click to expand...

Are you thinking of Gwyneth Paltrow and her "conscious uncoupling" comment?

I wonder if she gave him a specific scented candle
L

Is my imagination too wild if I am guessing one of them had an affair, and the other can no longer tolerate knowledge of such happening and carrying on as if it didn't. Can't just be they're bored.

Lacey said:
Is my imagination too wild if I am guessing one of them had an affair, and the other can no longer tolerate knowledge of such happening and carrying on as if it didn't. Can't just be they're bored.
Click to expand...

I’ve read some rumours of this online.

Lacey said:
Can't just be they're bored.
Click to expand...

maatTheViking said:
I think this is mirroring the buzzword of the industry (tech & charity both) 'growth mindset'. You're supposed to keep growing, and not focus on failure as much as opportunity to grow, and also not stay in a 'fixed mindset'. (it's actually pretty useful I think)
I suppose this is a way of saying that they're not divorcing because they are of a fixed mindset that they can't be continue, but that they have decided they can grow more without being together?

but who knows. I was not surprised at this phrasing.


When the Gates got married, he was head of a much smaller company, and she was working there too. I am certain they saw the success of the company as their joint success. HIS net worth is not $145 billion, THEIR net worth is that. Any financial decisions they made about all that Microsoft stock and how they reinvested their fortune was made together. Why would you assume it is his money only?
I don't think he brought significantly more assets to the marriage than she did.

I believe it was the same with Bezos, afaik they were working on plans for Amazon together. Most of Amazon's growth happened when they were still together, so why would the fortune be his alone?

(Now, when Makenzie Scott re-married, it would make sense for prenup, given how much money she brought to the marriage.)
Click to expand...

My understanding is he was already a billionaire or close to it when they started. She wasn’t unsuccessful but like him. However obviously she likely let go of own career and should have billions.

Now Makenzie is different and Bezos I think was an idiot. He quit a very good job when they married because he wanted to start Amazon and she said let’s do it and even worked for him in the very beginning.

She was literally with him from the beginning. Literally helped him start Amazon. He said before their divorce not every spouse would have encouraged him like she did.

Gates could give 99% of his worth to her and still be a billionaire. However, I’ve read he has now hired a huge team of lawyers to represent him in his divorce.

I make jokes about the woman Bezos left his wife for sure must have been worth it given the settlement his ex-wife got, but then he can more than afford it and is still much richer and powerful than almost anyone else on this planet.

I heard that Melinda will get custody of South America and Mainland China in the settlement. 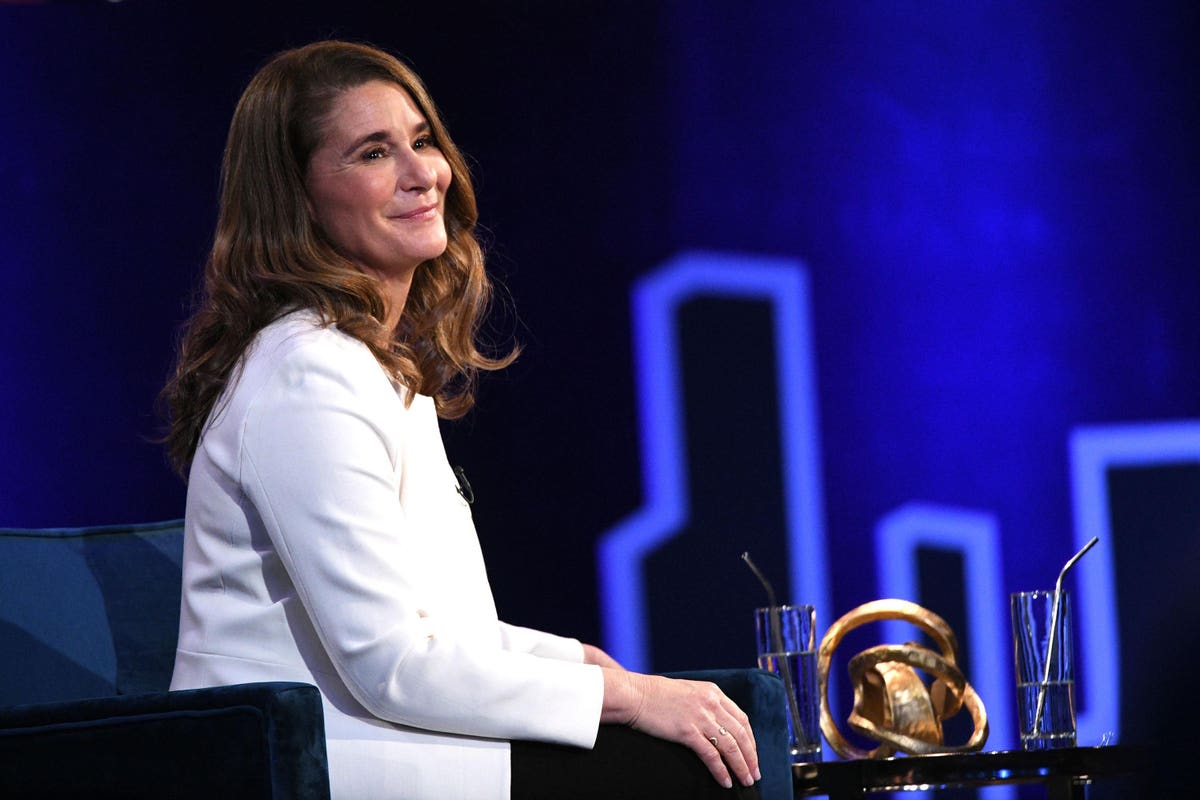 Bill’s investment vehicle, Cascade Investment, transferred nearly $2.4 billion in securities to Melinda on Monday, May 3, the same day the pair announced their surprise divorce, according to SEC filings. That makes Melinda worth at least $2.4 billion, while the stock transfer puts a slight dent in Bill’s net worth, which fell to an estimated $128.1 billion, from $130.4 billion on Tuesday. Even after the ten-figure transfer, the Microsoft cofounder remains the fourth richest person in the world.
Melinda received 2.94 million shares of AutoNation and 14.1 million shares of Canadian National Railway Co., which are worth $309 million and $1.5 billion respectively. (Bloomberg News first reported the transfer.) Bill also gave Melinda 25.8 million shares of Mexico-based Coca-Cola Femsa worth $120 million and 155.4 million shares of Mexican broadcaster Grupo Televisa SA, which are worth $386 million, according to SEC filings. The Wall Street Journal first reported the latter transfer.
Click to expand...

News & updates from the "bubble" of 2020 Skate America