Just up on Russia One’s Youtube channel. Hopefully this is the right link...copying can be tricky. If not correct, pls delete.

Thank you, Frau, but this is the last tour. Skipping through the video I saw Trusova and that made me look at the date (2019). I think this year's tour hasn't been filmed for TV yet, but will be.

Cherub721 said:
Thank you, Frau, but this is the last tour. Skipping through the video I saw Trusova and that made me look at the date (2019). I think this year's tour hasn't been filmed for TV yet, but will be.
Click to expand...

Oh...sorry! It had popped up on my Youtube feed. Well, let’s enjoy this one, in the meantime.

I thought those programs looked familiar.

As we await the full RussiaOne film...

Fan film of Dani G skating the opening number, as he “awakens” his Muses:

Ready! The show will also eventually be available as a stream on Channel One’s YouTube channel. Here’s the teaser spot during today’s morning news show: 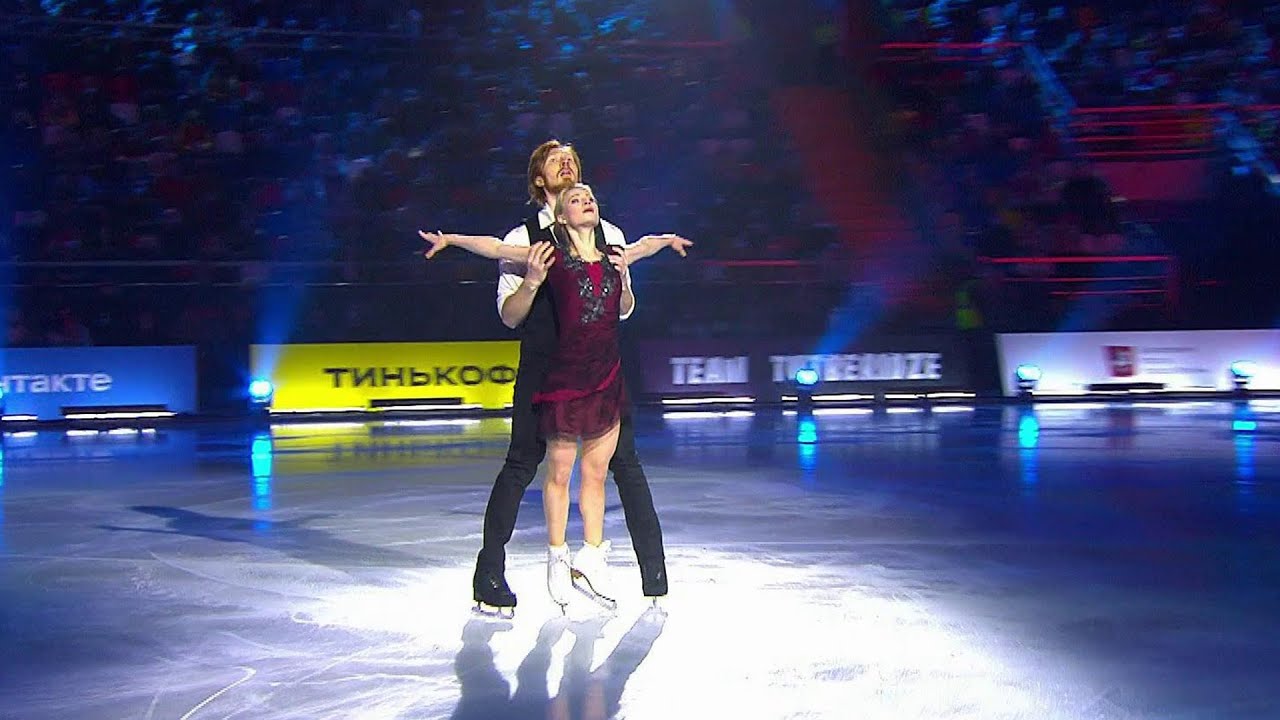 Looks like we’ll be treated to the on-ice perspective once again.

Just watched on traditional TV. It was a lovely show.

It included some non- Eteri members of the recent World’s team...easier to name which Worlds team members weren’t there: Trusova, Z/G and Semenenko.

Daria Usacheva not in this Moscow show but skated in Kazan last Friday. (Khromik in neither show.)

Zagitova had the honor of closing the show. Medvedeva next-to-last (Anna Karenina)...and had also skated in the first half of the show (gold dress).

Kostornaia skated her new Billie Eilish SP in the 2nd half; tango program 1st half. (No “50 Shades” as in Kazan.)

The announcer made a point of saying that several non-Team Eteri skaters were debuting new Dani G programs...such as Tarasova/Morozov’s Titanic.

Valieva looked...different. Lovely, for sure, but quite grown up, especially in the new white/blue dress in 2nd half.

Everybody from Danil Samsonov to Alina Zagitova returned to perform a highlight move in the finale, before the glorious training team came out at the end for a wild standing ovation from the packed crowd! (That’s how I can tell that no skater was chacked off the telecast, as USA used to do with such shows. Nothing beats telecasting a complete show “straight up” with minimal ads and no gimmicks...except for the occasional loopy on-ice camera view!)

Coolest surprise: Kazakhstan’s Tursy is back...playing a violin for part of her skate.


Hopefully an online Youtube version will be out soon. Whoever finds it first, please share/post link!

Having just rewatched my recording of the telecast, I made the following list of the programs & skaters, in the order shown. It was a two-hour show with minimal commercials. There were little chats with some (not all) skaters as they came off the ice.

I’m guessing that this will eventually be uploaded to Channel One’s Youtube channel...but not yet.
Last edited: Apr 9, 2021
M

Step/Bukin is that I'm Moscow You're St. Petersburg song or something like that I think?

The full show is now on YouTube. I'll cross-post to the Russian thread. https://www.youtube.com/watch?v=9vZBKzgXHq0

To add to @Frau Muller 's notes the Tutberidze channel has the performances broken out and most of them with the song titles.
That was Daniil G on the piano with Samsonov.
Stepanova/Bukin - "Venus/Jupiter"
Medvedeva's song is "Echo Liubvi" (Echo of Love) by Anna German
Kostornaya's program was "Lovely" which was the LP that Daniil had choreographed for her before she switched to Plushenko
Kvitelashvili -"Friend Like Me" by Will Smith from Aladdin
Sinitsina/Katsalapov - "Tam Net Menya"
Zagitova - "To Build a Home"

A fun watch. Reminded me of the anticipation of going to the Tom Collins COI tour in the spring, with all the newly crowned champions, but in a virtual setting, and free

Dani G on the piano too? Amazing! Did he also work the lights?

Be on the look-out for Tarasova in the audience, after Valieva’s first skate. It’s a new classic!