Fiero425 said:
Listening to Tara during the Grand Prix, she mentioned the ladies aren't allowed to do QUADs during the SP; WHY? Why is the ISU interfering again and treating them differently than the men? Not like I care, but it just seems bizarre with the abilities of today's children out there!

The idea of the short program was that the technical content was controlled, and more limited to allow the judges to make a more apples to apples comparison among the skaters. It doesn't seem apply as much anymore, but also keep in mind that the first quad in senior ladies was landed March, so there really wasn't much reason to allow quads in the short because no one could do it. It will probably be changed for next season.

I missed the 2018 Olympics gala performances, so I missed most of the performances listed as part of Top 10 Craziest Figure Skating Gala Performances 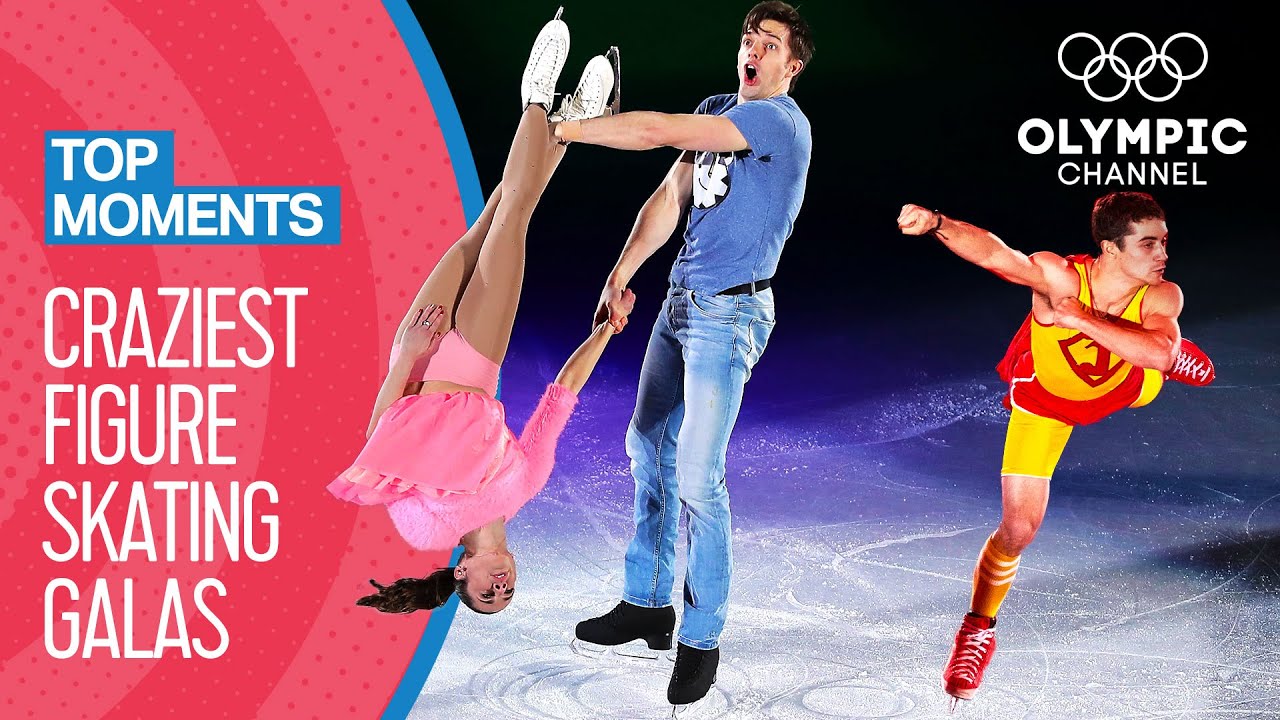 Enjoy this episode of Top Moments where we take a look back at the Top 10 Craziest Figure Skating Galas in Olympic history! These include extraordinary routi...

A couple of observations beyond the enjoyment of watching these clips: Why didn't Candeloro wear the French flag, rather than a U.S. flag? I understand him wearing the U.S. flag at shows in the U.S., but at the Lillehammer Olympics?

Also, Surya Bonaly was not a traditional gymnastics competitor. She competed in Women's Trampoline Gymnastics, and she became a champion Tumbler, competing as part of the tumbling team from France. Rudy was the reigning Jr. World Champion, and I was quite shocked to see he had a clean 3A in his program. His content was similar to Kurt Browning's content of that era in that they both had a complete set of triples but did not plan 3Lz in favor of repeating the 3F.

It is interesting to note that despite his internationally competitive content, Galindo's music and costume were dreadful, but then he lived in San Jose and not LA, he was coached by Jim Hulick and not Frank Carroll, and certainly Sarah Kawahara was not his choreographer.

The crowd seemed a little stunned by his marks. He deserved 5.5 for technical content but got as low as 4.9. He deserved ALL 5.0 for presentation but got more 4.8s than reasonable. He should have finished 7th but got 10th.

ETA 1: This video is new to me, and I had not realized that Todd did a gorgeous 3A and 3Lz but then doubled a lot of jumps and did a 1A. Ultimately, he stopped during the program and did a Tonya, although it did not seem to influence his marks. He got nothing lower than 5.1 and up to 5.6.

ETA 2: There is a lot of good skating here from some relatively unknowns.

Wow. Tom Zakrajsek showed about as little commitment to choreography as is humanly possible, and his spins were about what a jock could replicate with a few weeks of training. Really, really bad stuff.

aftershocks said:
Why didn't Candeloro wear the French flag, rather than a U.S. flag? I understand him wearing the U.S. flag at shows in the U.S., but at the Lillehammer Olympics?
Click to expand...

Because Rocky is wholly American.

It was a part of the program, not an expression of allegiance. I'm sure he wore the French flag when he won bronze - which he could not have known he would do prior to skating in the FP.
Last edited: Jan 13, 2020

There's a Twitter feed called Worn On This Day, which I always enjoy seeing, and today's involved skating, so I figured I'd bring the link over.
You must log in or register to reply here.