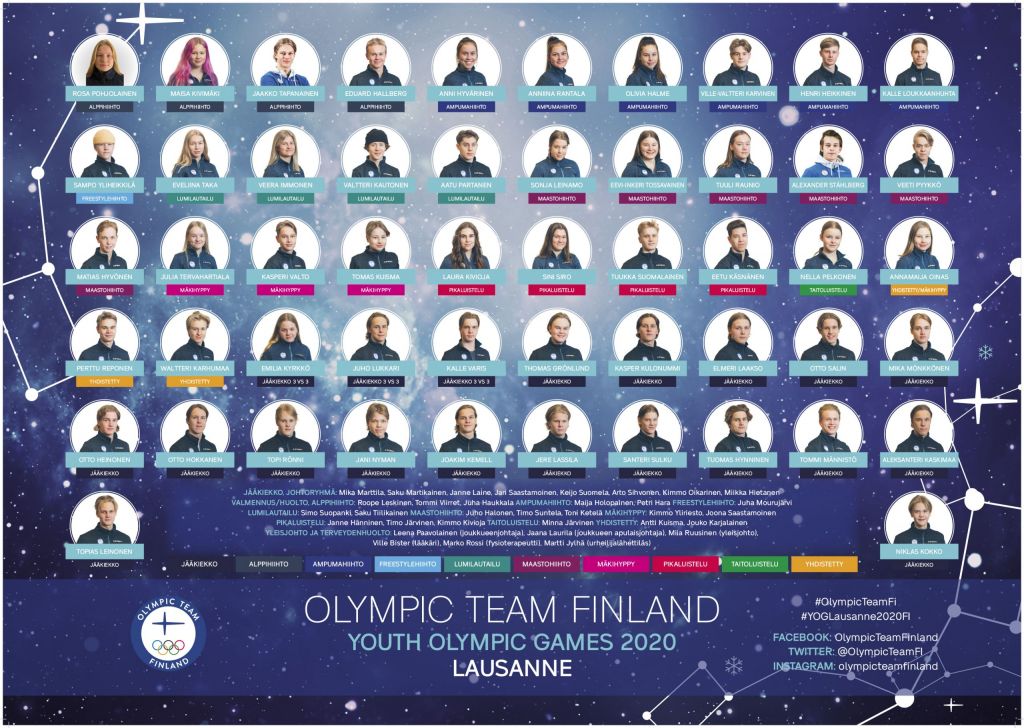 Published by the ISU on April 3, 2019: https://www.isu.org/isu-news/news/145-news/12576-provisional-and-final-quota-places-for-the-2020-winter-youth-olympic-games?templateParam=15 The third edition of the Winter Youth Olympic Games (YOG) will take place from Thursday, January 9 to Wednesday...
www.fsuniverse.net

ldec said:
Back in November, I had the chance to interview Kiira Korpi for my blog. As some of you may know, after the end of her skating career, she became active as an advocate for ethical sports education and fair and safe treatment of athletes and children. She has a strong media presence in Finland, which provides an outlet for her activism work, and has also been quite active on social media, bringing awareness on a variety of common problems in the sport including: unethical training methods, the exploitation of athletes, eating disorders, abuse in sports on all levels, etc. In the recent past, she was also interviewed about her work and views by a few notable publications such as ISU Development projects, Sport Express and TSL.

In the interview below, we discuss how and why she decided to pursue this path, what are some of the most common systemic problems plaguing sports (not only figure skating!), how they impair athletes and their progress, why questionable and abusive behaviors from authority go swept under the rug, and why is it important for everyone (athletes, coaches, experts, fans) to question this status quo.

Kiira has had a very long career in figure skating herself and possesses first-hand insight on the flaws of the system. She is deeply knowledgeable on how organized sports works and the roots of the problems, and shares some of the struggles she herself experienced during her career as an elite figure skater, and how she has grown as a person since then. She also brings insight into possible solutions on how to transform the training process so that the wellbeing of the athlete, both physical and mental, is prioritized.

Cross-posting here from another thread for everyone who has not seen it yet. An interview with Kiira Korpi in which she shares a lot of invaluable insight on the flaws of the sporting system (including Finland).
E

ICYMI: A couple of days ago, an abusive synchro coach (the head coach of Team Unique) was issued a 1-year competition ban by Fed's newly instituted disciplinary board. 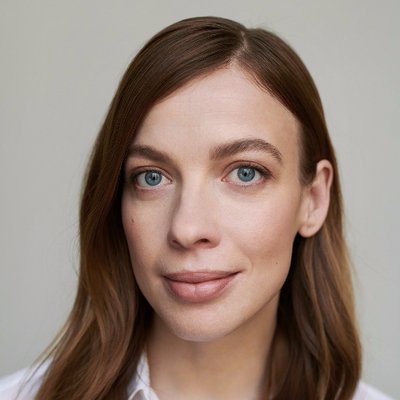 Today the club announced it has suspended her.

Well, aside from Roman having back pain and bad spins and Jenni having a bad short program day and neither qualifying for the FS, Team Finland did really well at Euros! Emmi and Linnea both posted new ISU PBs (181.79 and 166.16) and secured 2 spots for 2021. O/P made the FD and probably skated the best I've ever seen them, even though the scoring didn't reflect that. Congrats!

Emmi not only got a career best Euros placement, but her score is half a point higher than Jenni's SB from Finlandia (181.20). This means Emmi is now the frontrunner for the sole Worlds spot. I just checked and Jenni is on the entry list for The Nordics, so she can try to improve her SB there.

“My free skate was OK,” said the three-time national champion. “It just had two mistakes I am not proud of, because I know I can do it usually. I am happy, though, with my Lutz and the triple (toe)-triple (toe) combination. This is my first year with this free skate, so it’s all about getting more and more into it. I really love this free, and I enjoy my skate every time I go out. It was a really good moment here. I have been working on staying more calm and to trust what I can do. I always wanted to attack. The younger me was always attacking the jumps and then they were all over the place.”
Click to expand...

Yuka Orihara/Juho Pirinen (FIN), 2020 National Champions
Pirinen: We couldn’t believe in the first season together we would compete at the Europeans. It’s a great
experience and we are having a great time here. We are so proud with what we achieved in such a short
time. (on the goals) To get used to each other we are not used yet and we are learning every day (on
speaking Russian) I had Russian coaches as a single skater for 10 years and I started speaking to them
and that’s how I learned it.
Orihara: (on Finnish citizenship) We are applying for the visa for training in Finland but I haven’t yet thought
about the nationality.
Click to expand...

Emmi Peltonen is such a lovely skater. She has great interpretive skills and beautiful edge quality. Her programs were my favorites at Europeans.

VarBar said:
Emmi Peltonen is such a lovely skater. She has great interpretive skills and beautiful edge quality. Her programs were my favorites at Europeans.
Click to expand...

It was nice to see her live up to her enormous potential, even just once.

I have replayed that lutz several times and am still

about the GOE. I mean, 0 from a couple of judges? I realize that glide into it was liashenkoesque but that jump was SO high and with beautiful air position, and also a nice landing.

nimi said:
Emmi not only got a career best Euros placement, but her score is half a point higher than Jenni's SB from Finlandia (181.20). This means Emmi is now the frontrunner for the sole Worlds spot. I just checked and Jenni is on the entry list for The Nordics, so she can try to improve her SB there.
Click to expand...

Emmi and Jenni (along with Viveca, is she ready for this season?) are also both listed for Challenge Cup 2020 in Hague, Netherlands on Feb 20-23.

Emmi is one of my fav favourite talents currently competing, if only she was more consistent, she is brimming with potential.

binbinwinwin said:
Emmi and Jenni (along with Viveca, is she ready for this season?) are also both listed for Challenge Cup 2020 in Hague, Netherlands on Feb 20-23.
Click to expand...

Viveca is not on the Fed's lists of entries for Challenge Cup anymore.

However, she's listed for Coupe du Printemps in mid-March and Triglav Trophy in early April. So, it looks like she's not gunning for the Worlds spot this season (understandably) but is still hoping to compete & get some WS points before the season ends. 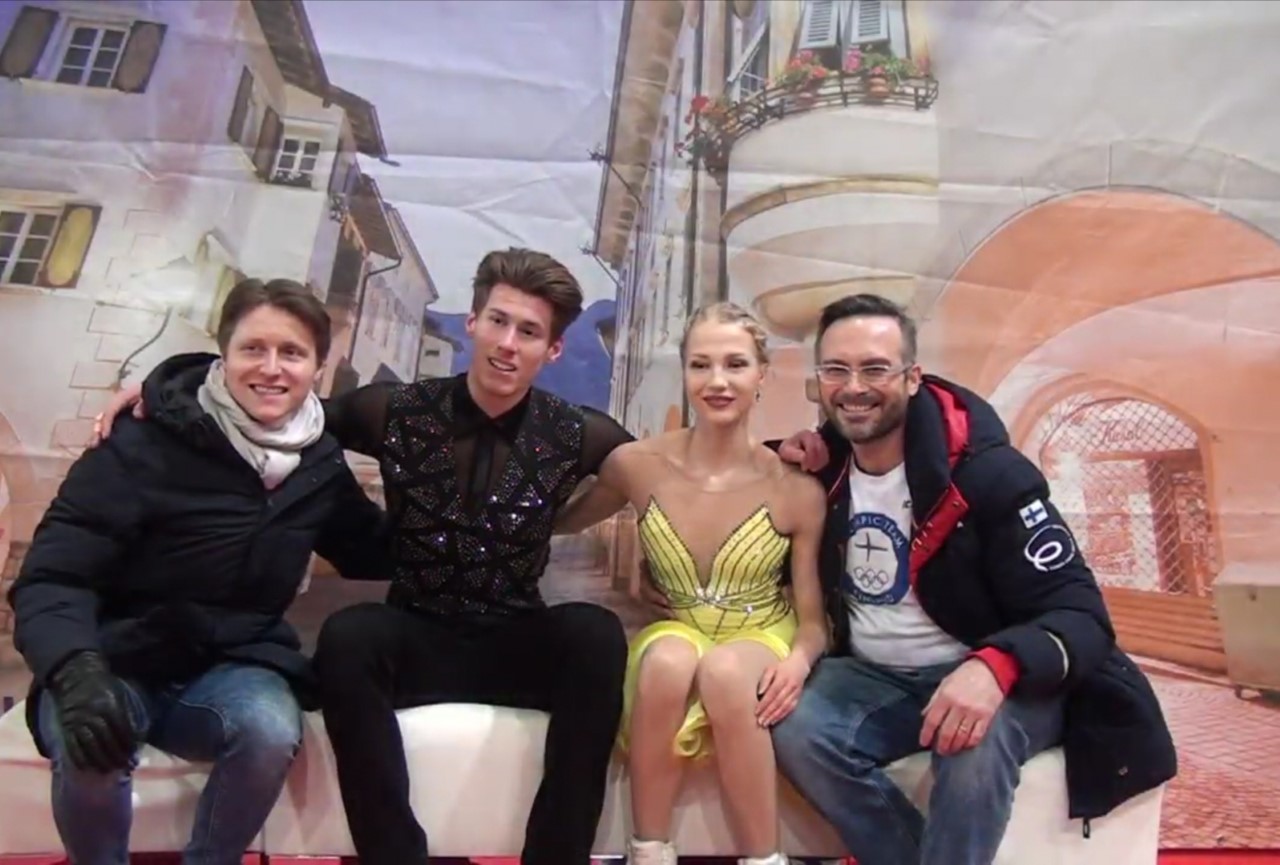 twitter.com
It was good to see T/V finally making their season debut! Skoptsova/Aleshin lead after the RD but T/V are only half a point behind and were awarded the highest PCS. The YT stream is still up as of writing this, T/V start around the 21 min mark.
Egna RD protocol

Meanwhile at the Nordics, Emmi skated a solid SP and is the leader (67.28). Jenni popped her flip so she's pretty far behind (4th, 54.76)
Nordics Ladies SP protocol

Update: Jenni skated a decent long program and won the FS whereas Emmi was a bit of a mess, but managed to stay ahead of Jenni in overall results and is still the front-runner for the Worlds spot. Whereas T/V just won the Egna Dance Trophy over the likes of Galyavieva/Thauron and Müller/Dieck (who finished ahead of O/P at Euros) and also now have the highest SB (182.88) amongst Finnish dance teams.
3 Finnish ladies at the Nordics (2nd warm-up group): https://youtu.be/w_X2s0q2NI8
O/P vs. T/V in Egna: https://youtu.be/9b7cvIaI7gI
Last edited: Feb 9, 2020

I was wondering why it was Vera Stolt who got the JWC spot and not Linnea Ceder who did well at Euros and has a higher SB, but it turns out Linnea's season is over because of a back injury. I hope it's not as bad as Viveca's, but Linnea has had back issues before so... 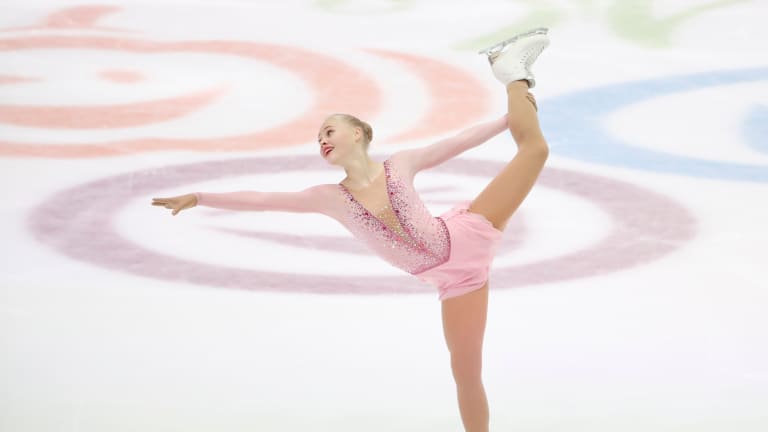 yle.fi
You must log in or register to reply here.