Sasha Cohen, Olympic silver medalist in figure skating, hosts Team USA's first ever podcast. Sasha speaks with exceptional people - both athletes and thought leaders - about their struggles, motivations and quest to define who they are in the world. Subscribe wherever you get your podcasts, and join Sasha for new episodes every Monday.
Cohen is a former competitive figure skater who rose to prominence at the 2000 U.S. Championships. At the Olympic Games Turin 2006, Cohen secured a silver medal in the women's program and still is the most recent American woman to medal individually in figure skating at the Olympics. In 2016, she was inducted into the U.S. Figure Skating Hall of Fame.
Click to expand...

I am beyond excited to share that my first podcast episode is live today! This project has been a long time dream of mine and I’m thrilled to see it become a reality today. I hope you get as much out of these conversations as I have! @codymiller is highly entertaining and inspiring - a huge thank you to him for being my debut guest and @teamusa for making it all come together. Please listen and share your feedback here.
Click to expand...

Catch up with Apolo Ohno, speedskater and most decorated U.S. Winter Olympian of all time. Apolo reflects on a key life experience at 15 years old that started his Olympic career. Sasha and Apolo reflect on the challenges of finding their identity after retiring from sport. Apolo describes how he defines success in his life now and some core influences that helped shape his outlook on life. 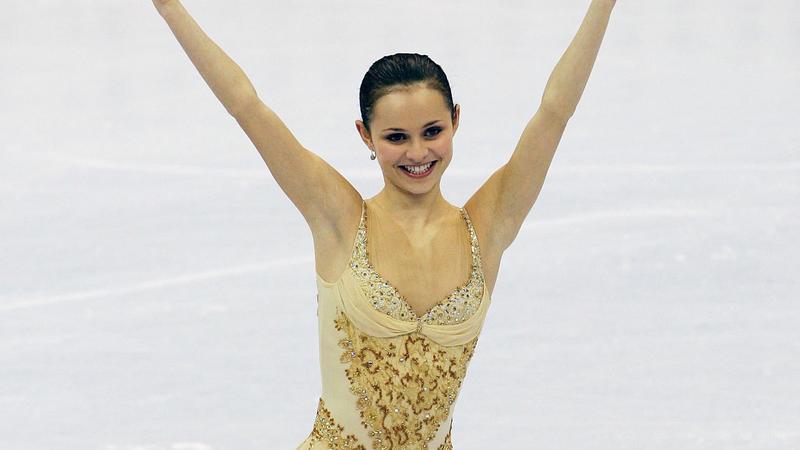 Sasha Cohen, Columbia University alumna, meditation enthusiast and new mom, is just like you — intrigued by what propels individuals to unimaginable greatness. And while the Olympic silver medalist may seem like an expert on the subject, her newest project focuses more on what comes after success.

On Sasha Sessions: A Team USA Podcast, Cohen invites entrepreneurs, authors and elite athletes to discuss how they reclaimed and reshaped their identities — especially following feats and failures on an international stage.
"As a teenage athlete, you're hyper-focused on making and winning the Olympics, then often forced to retire at an early age," Cohen, 36, said. "You go from being really good at something in the spotlight with a ton of support, press and sponsorships, to being somebody of yesterday."
In the 11 years since her last skating competition, Cohen initially reflected on her career through introspection, therapy and even op-eds published in The New York Times. Responses to her work revealed she wasn't the only one struggling with her identity after the Olympics. So, Cohen pitched the podcast to the United States Olympic and Paralympic Committee (USOPC). The idea was to explore how athletes like Brad Synder, Laurie Hernandez and Adam Rippon seek fulfillment outside of rings and trophies.
"Whether it was interviewing athletes who were still competing or recently retired, I thought a podcast that touched on some of those themes would be an opportunity to explore how people find a sense meaning," Cohen said. "We don't often see the meandering, the struggle or the questioning others go through, and I find sharing these intimate, formative experiences hugely rewarding."
Click to expand...

When Cohen isn't working or prepping for a future episode, she spends her time chasing around her one-year-old, Dashiell, escaping to nature or just focusing on self-care.
"I've spent so many years in my head, so I try to move into my body more with meditation and quiet time," she said. "I strive to be in this non-linear place where you're not so focused on ego, accomplishments, who you are and what you need to do. You're just appreciating being alive."
As for skating, Cohen still loves the feeling of getting on the ice and putting on music — though she admitted 45 minutes of stroking in a circle feels much more taxing than it used to.
At the end of every episode, Cohen asks her guests what they consider to be their Olympic moment outside of the Olympics. For her, it was receiving an invitation to speak at Columbia University's commencement ceremony in 2018.
Her speech was structured around embracing uncertainty.
"Not until recently did I learn the necessity of giving myself permission not to know, permission to let life unfold," she said at the event. "Refuse to live a life defined by what you're afraid to fail at… [and] define what success means to you. I've found that success cannot be found in a gold medal, in an 'A' or in a prestigious job. For me, success is making life a daily process that I love."
Click to expand...