Elena Vaytsekhovskaya interviewed Patrick at the GPF in Vancouver few weeks ago, the interview was published today

From the journalist point of view you had a benchmark career ending with an Olympic gold medal won in a team event. But what did you feel when you’ve already decided to finish your career, but haven’t announced it yet?
– If I say that it was easy it’ll be a lie. It was very difficult and scary. Probably, these are normal human feelings when it comes to changing your life forever. For more than 20 years my life could have been described in two words: “Patrick is a figure skater”, and everything else has been all about it. At some point, as I grew older, I began to wonder who am I actually outside the ice? How can my future life develop without figure skating? How to plan it from scratch? Now, when all these worries have subsided, I cannot but admit that I chose a very proper time to leave. Taking into account the current tendencies in men’s single skating, I would have been just swept out of the way if I hadn’t taken this step myself.
It seemed to me that you were pretty close to finishing your career four years ago, when you took a one-year break after the Games in Sochi.
– You don’t even imagine how close. I was absolutely lost after those Games. I just suddenly realized that I can’t do anything else except skating. Then, I began to think about the future, to think what would be interesting to me, could I be happy, could it happen that this new life would fit into the sad wording “Patrick is a former figure skater”? These four years from Sochi to Pyeongchang helped me a lot to figure it out.
There is a version that in 2015 you came back to figure skating just because of the Olympic team event.
– To be honest, in 2015, I didn’t even think about it. I returned to a comfortable zone for myself, where everything was thoroughly known to me: how to train, how to perform, and where every hour of my life was clearly scheduled. Then, naturally, the question arose “Why am I doing all this?” I knew perfectly well that I couldn’t fight for individual medal anymore – I missed that boat in Sochi. And the team event has become an excellent motivation. A very strong one, by the way. I didn’t have such before Sochi.
You said so calmly that I you missed the boat…
– What’s the big deal? When an athlete realizes that he will not be the first, even if he skates the program of his life, it hurts, but actually this is the most valuable experience that sport can give. At this moment you really start to understand what is the most important thing in your life. Medals? Nonsense! Any medal is just a momentary material thing. If you make it the only meaning of your life, then you will be left with nothing, if you don’t win. Even if you win. To have a long life in sport, and so it doesn’t become a torture, you need a completely different motivation, an ability to enjoy even very hard work, an understanding that you skate because you want to, because you love it. And this should be at the forefront. Just a few think about it. You need a certain inner maturity to realize it.
---
Click to expand...

---
In your sports collection there are three Olympic medals and five more, including three gold ones, from World championships. Which of these awards …
– Is the most memorable?
Not. Brought you, strange as it may sound, the biggest disappointment?
– This is definitely individual silver in Sochi. It has been a long time before I accepted this result and stopped considering it a terrible failure.
Has it something to do with the fact that Yuzuru Hanyu, who won the gold medal, didn’t skate the best way in Sochi?
– Yes. The door was open. But I wasn’t able to take advantage of it. Now when time has passed, I must admit that the result was fair. I just wasn’t ready to become an Olympic champion. And if so, then I didn’t deserve a gold medal. But in Pyeongchang, I had the feeling that the time has come. I matured to become a champion, even if it was just a team event.
However, you had mistakes.
– It’s different. It is a bit strange to explain this, but these are different things to be ready to fight for a medal and just to desire it. The undoubtful pros of that defeat in Sochi – it made me wiser. In sports, we often become hostages of the result: how many Grand Prix Finals you have, how many medals, how many titles. Behind all this, it is somehow forgotten that skaters, even such incredible ones as Evgenia Medvedeva and Alina Zagitova, are living people, not animals who can be chasen with a whip from medal to medal. And they are not robots. They have emotions, this is as much the part of their career as the performances, and who knows what remains in memory of the fans. I myself felt like a robot before the Games in Sochi, I was programmed only to win and I really broke when this program wasn’t completed.
---
Click to expand...

If I remember correctly, today is Patrick's 28th birthday, but its quiet here. Happy birthday Patrick!!!
A

Patrick is a spokesperson for Les rendez-vous de la francophonie

B.Cooper said:
What ever happened to Chan's coach, Kathy Johnson?
Click to expand...

Hopefully, she went back to sub-par floor work with novice skaters..

B.Cooper said:
What ever happened to Chan's coach, Kathy Johnson?
Click to expand...

'Thank You, Canada' Skating Tour to air on CTV on Sunday, February 10 at 7 pm ET.

sunshine4you said:
'Thank You, Canada' Skating Tour to air on CTV on Sunday, February 10 at 7 pm ET.
Click to expand...

All I'm looking forward to is Nat'ls here in the States and the Europeans this week!

Fiero425 said:
All I'm looking forward to is Nat'ls here in the States and the Europeans this week!

You dont have to watch the TYCT.
S

SLEEP: THE ROAD TO RECOVERY—AN INTERVIEW WITH OLYMPIAN PATRICK CHAN

skategal said:
Initial impressions from the Halifax show:
...
Patrick skated a beautiful program to the music To Build a Home and another program to Justin Timberlake, [Suit & Tie/]Rock Your Body. The Justin Timberlake is definitely a departure for him. I`m not sure if it really works for him or not. But it was good.
Click to expand...

ETA that I found this funny article/video from this past February: https://bc.ctvnews.ca/watch-patrick-chan-teach-bc-lions-coach-how-to-skate-1.4302167
Last edited: Apr 29, 2019
J

Sylvia said:
"What an honor to receive the key to the city of Ottawa. Thank you to his Worship Jim Watson for this incredible day":
https://twitter.com/Pchiddy/status/1122949705334263810
There's a 2nd photo on his IG: https://www.instagram.com/p/Bw2fr0vBEUN/

ETA that I found this funny article/video from this past February: https://bc.ctvnews.ca/watch-patrick-chan-teach-bc-lions-coach-how-to-skate-1.4302167
Click to expand...

Oh cool - I live in Ottawa and had not known that.

Translated excerpt that I found interesting:

... He dreams of opening a skating school with his "conjoint"=partner [Putnam]. While waiting for this to happen, the couple often travel to China to offer seminars and teach young skaters.

"With the Olympics approaching in 2022, China is trying to grow skating. We work with one of the seven private companies that manage young skaters. We were asked to give direction and help them plan a development strategy. At the same time, they will send their skaters to Vancouver for a two-week camp in August."

"Later, we will try to have good relations with the other six companies and perhaps make other camps. This is a new opportunity, and we hope it will grow," concludes Chan.

05/14/2019 3:19 PM
In between a quick dinner with the rest of the cast and the start of the Stars on Ice show in Hamilton, a relaxed Patrick Chan graciously took the time to do an exclusive sit-down interview, where he openly discussed everything from his challenging first 12 months after retirement to his plans for the foreseeable future.

Fun Fact I didn't know before:

Seerek said:
Yes, he may still be in Grade 11, but Max G. is a better interviewer than some of the more seasoned veterans out there (those of us who also read his tennis articles can attest).
Click to expand...

So nice to read more about Patrick's thoughts and plans. I sure hope he will develop into a choreographer, and like that he mentions wanting to do something to help the environment. I also find it funny that he says he was awkward as a teenager. His skater never gave off that impression.

@levineismine's latest interview with Patrick Chan during the 2019 Stars on Ice tour in which he "discussed his current and future plans, challenges of retiring, legacy, and his outlook on Canadian men": http://figureskatersonline.com/news...ater-who-is-able-to-take-peoples-breath-away/

ETA link to a fa cam of Patrick's "The Great Escape/To Build A Home" from the London SOI show: https://www.youtube.com/watch?v=hYdR32jNQQ8
Last edited: May 30, 2019

Patrick Chan last stepped onto competitive ice 18 months ago, but, for the most part,  he has no regrets and is looking forward not back.

One area Patrick has clearly really grown is in his ability to express himself by word and not just by blade. I feel we have a much better sense of Patrick, the man, and it makes me love him even more. I am so glad he has found that inner peace and happiness and best of luck to Patrick and Liz.
S

Patrick will be performing in Vaujany tonight: 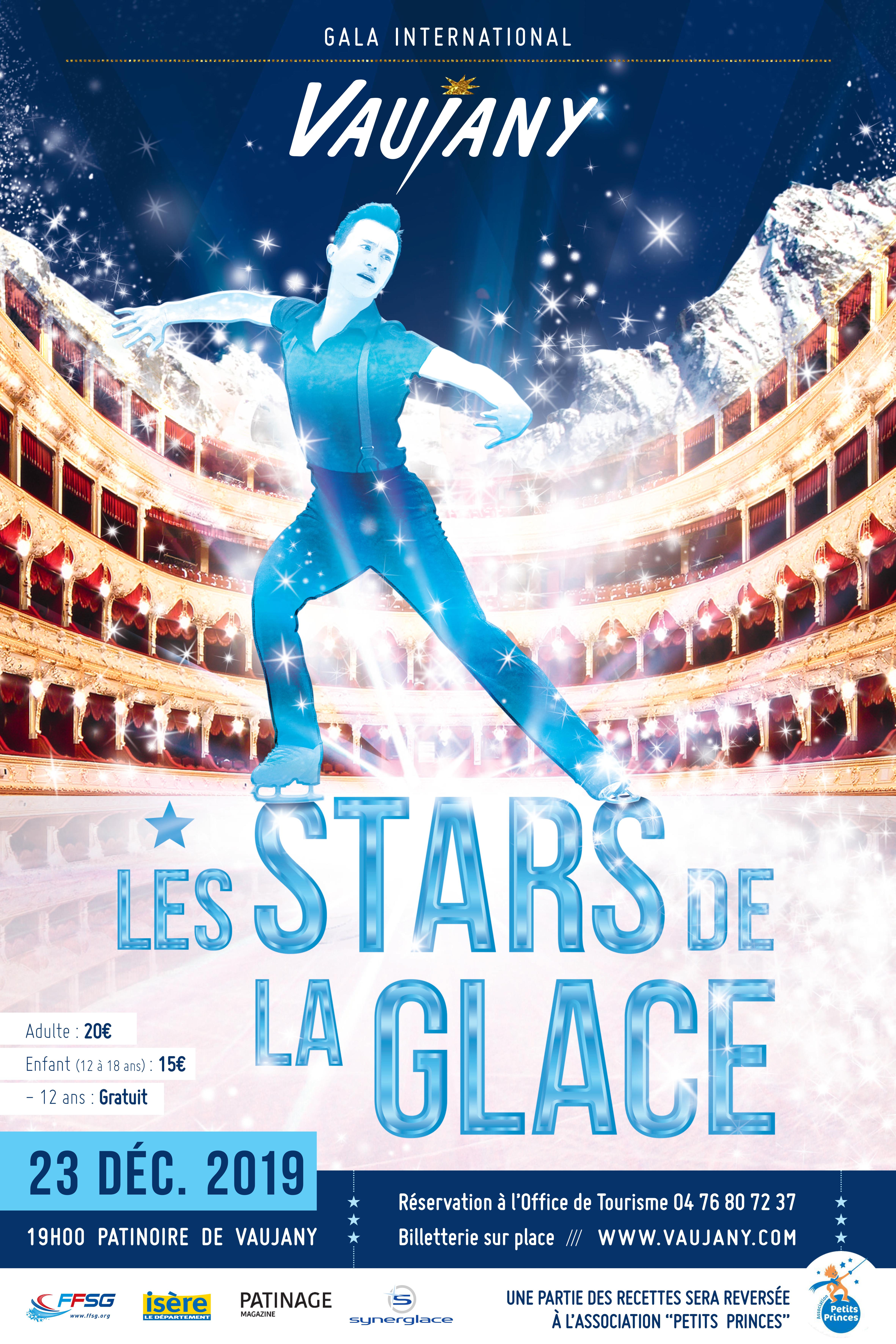 I saw an Instagram story clip of him skating to "December 1963 (Oh, What a Night)" by The Four Seasons.

Copying over from the SOI thread re. more Japan shows in late March/early April:

Patrick will be an Athlete Role Model for the Youth Olympic Games in Lausanne this month: 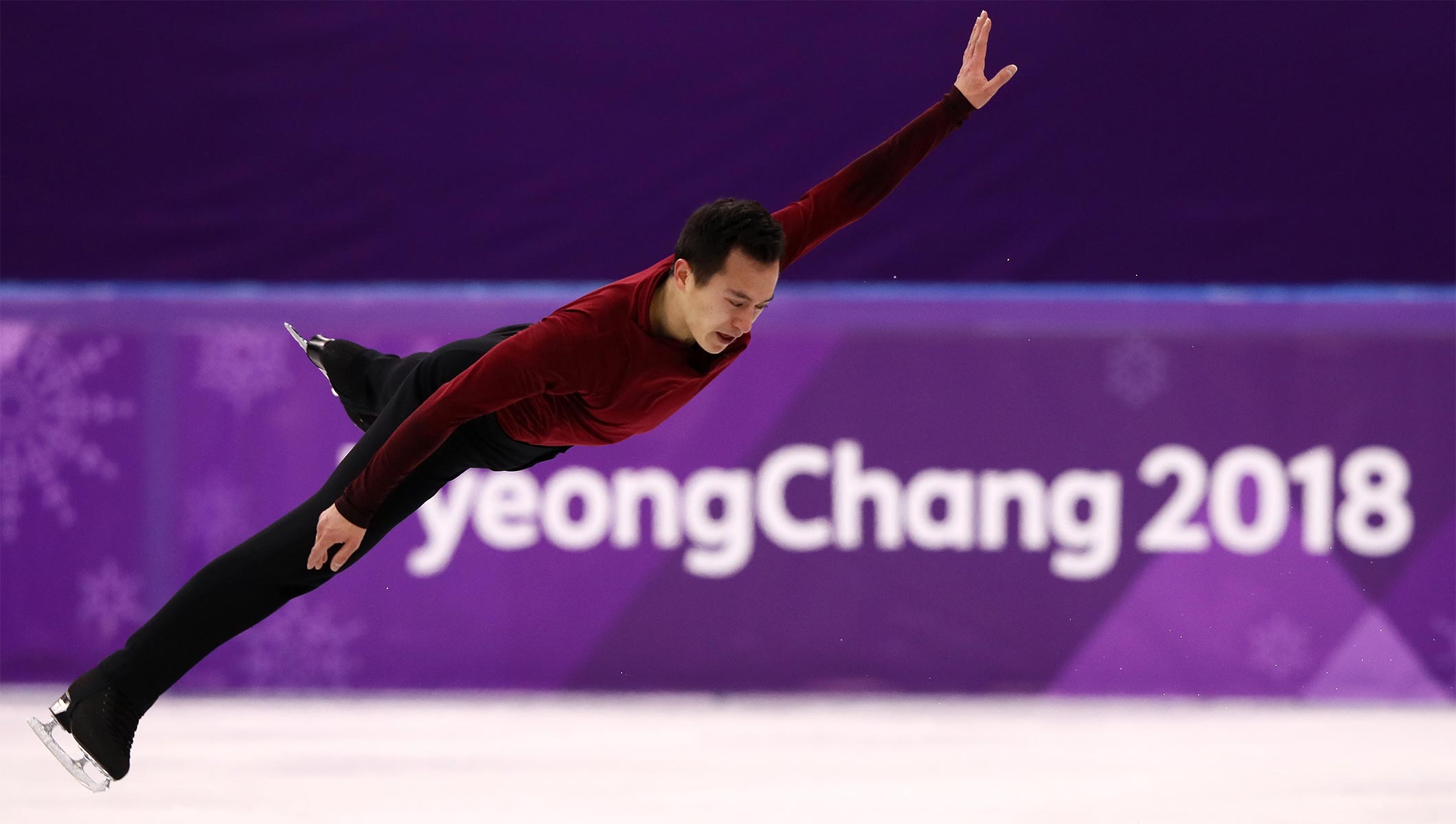 Patrick Chan: “The YOG are a wonderful opportunity for young athletes” - Olympic News

Olympic gold and silver medallist Patrick Chan speaks to olympic.org about being an Athlete Role Model (ARM) at the Winter Youth Olympic Games (YOG) Lausanne 2020 and why he wishes he’d had the chance to compete in the YOG as a young athlete.

Hope he had a fun 29th birthday on New Year's Eve!

Patrick Chan had a new interview released yesterday with Radio Canada International about racism in Canada and how he wants to use his platform to speak up for the Chinese-Canadian community. Here is the direct link to the English language video interview with him.

He talks about how a lot of racism is not obvious or direct and how he felt he had to suppress his identity and try to appear more Westernized and not skate to any Chinese music out of fear of being judged. He tells people not to lose hope, to be proud of your identity and to keep working towards your dreams. Interestingly enough, it's not mentioned in the interview but the Chinese article refers to Elizabeth Putnam as his fiancee. Belated congratulations to them

Last edited: Saturday at 5:50 PM
You must log in or register to reply here.