Starting a new thread for Katie's season, BIP, Michelle's season and how ever long it lasts. Chris Harrison has formally left the franchise reportedly with an 8(!) figure settlement. Some tea from a not necessarily reliable source: https://pagesix.com/2021/06/08/chris-harrison-demanded-25-million-over-bachelor-exit/

Perhaps Chris can return to the home improvement/decorating shows he once did!
I heard 10 figures were settled on him.

skatesindreams said:
Perhaps Chris can return to the home improvement/decorating shows he once did!
I heard 10 figures were settled on him.
Click to expand...

That doesn't seem right. It's a minimum of 10 billion dollars. He's not THAT good.

MacMadame said:
That doesn't seem right. It's a minimum of 10 billion dollars. He's not THAT good.
Click to expand...

The report I saw said 8 figures (so in the 10 millions). I agree 10 figures sounds absurd, though it would be minimum 1 billion, not 10.

RoseRed said:
The report I saw said 8 figures (so in the 10 millions). I agree 10 figures sounds absurd, though it would be minimum 1 billion, not 10.
Click to expand...

I guess I counted all those zeros wrong.

MacMadame said:
I guess I counted all those zeros wrong.

I had to write it out to be sure

It came via ABC--I wonder what the settlement really is?

I read he wanted $25M, but he did not get that much. Anyone watching Katie? I'm watching it in short shifts.
Apparently BIP will have multiple guest hosts, including David Spade. Hmmmm.

Any Bachelor fans watch the Below Deck series? Erica Rose and a bunch of her girlfriends were the guests on a recent few episodes of Below Deck Sailing Yacht 2 - they never said a word about the Bachelor or any other tv she's done - must have been a contractual thing because normally they'd at least mention if the guests are otherwise known. Anyway, it was fun, vintage Erica for sure, worth looking up

I didn't understand why Katie sent Cody home based solely on Aaron's very non-specific accusations. Something along the lines of "he liked the wrong posts on Instagram" and that "he was here for the wrong reasons". What does that even mean? Here for "fame"? I checked Cody's instagram account and he only posts about once a month. That is not how fame-hungry people use Instagram.

PeterG said:
I didn't understand why Katie sent Cody home based solely on Aaron's very non-specific accusations. Something along the lines of "he liked the wrong posts on Instagram" and that "he was here for the wrong reasons". What does that even mean? Here for "fame"? I checked Cody's instagram account and he only posts about once a month. That is not how fame-hungry people use Instagram.
Click to expand...

She said she sent him home because she didn't like Cody's response when she talked to him and didn't trust that. And imo his response was pretty bad, so I get that. Plus she probably also wasn't very into him, so why not just send him home. If she really liked him, it probably would have been different.

RoseRed said:
She said she sent him home because she didn't like Cody's response when she talked to him and didn't trust that. And imo his response was pretty bad, so I get that. Plus she probably also wasn't very into him, so why not just send him home. If she really liked him, it probably would have been different.
Click to expand...

Agreed. I think it is also telling that Cody quickly went to the effort of verifying his IG account as a “celebrity” with the blue verified checkmark and has 12.5K followers. Yet one of the leading early favourites in Greg has 118K IG followers and hasn’t bothered to get verified. Just reinforces the notion that Cody was on the show for fame and personal gain and it had nothing to do with Katie and getting an engagement.

I'm watching Katie's season with one eye but have to admit, I'm more interested in the upcoming season of Bachelor in Paradise and then how Michelle's season pans out when it films in July as there's never been a teacher as a lead.

The BIP spoilers leaking out are

Aren't they probably all on the show for fame and personal gain? Some might just be more blatant than others. I think the idea that there is anyone there who is earnest and sincere about the idea of going on a reality show to find true love is almost scarier than the alternative.

Just a heads up for those that want to expand their really, really, really bad TV watching this summer, Elan Gale, who use to be the lead producer on the Bachelor/Bachelorette, has a new show on HBOMax called "Fboy Island", where half the contestants will be "nice guys' and the other half, f-boys competing for cash and the three girls looking for love don't know who is who. 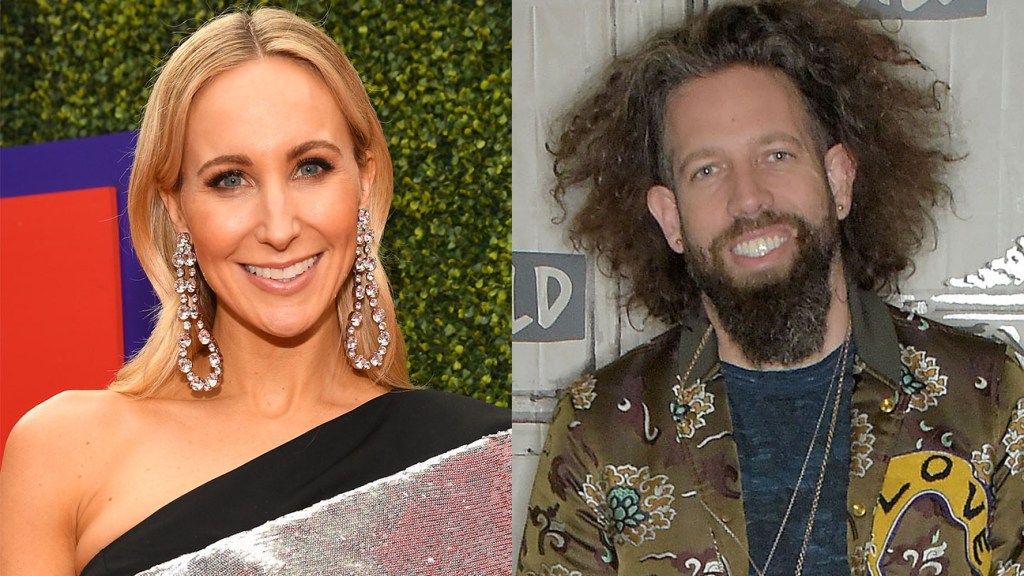 HBO Max is diving into the reality dating series pond. The WarnerMedia-backed streamer has announced FBoy Island, a 10-episode series hosted by comedian and actress Nikki Glaser and created by Elan…

I can confirm at this time that my TV will be tuned in to this outstanding bad TeeVee watching experience.

Wow, this is one nasty group of men this season. First Aaron gets Cody eliminated because his friends hate his friends (or some other stupid reason we never really found out), then pretty much everybody gangs up on Thomas for stating what most everybody else privately thought...that if things don't work out here, he'd like to explore other Bachelor opportunities (which half of this cast will be doing on upcoming seasons of Bachelor In Paradise). Then the pack were about to sink their fangs into Blake, but he seems to have avoided their ongoing wrath after the bitchiest welcoming to an invited guest ever. Next up, Hunter was burned at the stake for having watched episodes of the program in the past. Clearly, this sin meant Hunter must be eviscerated.

So who do you think the mean girls will attack next?

On a lighter note, wonder who made it through the week with no "self care"? Mike The Virgin made a "no problem" comment. Does his waiting to have sex until he is married mean that he is not allowed any quality time alone? And how long until news that Mike The Virgin will be dating Connor The Virgin?

Thoughts on the wedding photographer? Imagine if reality TV cast black people the way they cast gay people. We could see a black man hunched over as he meekly approached Katie: "Please missus Katie, may I's pleeze have some mo waddamelon? I likes it oh so much, even thoe those big, big seeds do gets caught up in my's teeth!" Plus the gay men they allow onto the show are so handsy with the straight men. Those gays just can't held wanting to handle some straight man meet. They's all about the sex, those gays, youse know.

Hunter shares who he thinks Katie has the closest relationships. Next, everybody in the whole resort knows Hunter's "top four". Bitchy gossip queens!

Thoughts on the fake weddings that happen randomly with some unsuspecting bloke? "Make it so Katie will remember your lover for her for FOREVER!!!!" Or at least until she hands you a Greyhound bus ticket and slaps your behind as you're escorted off the premises.

Justin seemed to try to do something which resembled a vague type of smile during his one on one date with Katie. But that failed, so he stuck with his Munster frown as he has done for the entire season so far.

Wasn't it Tre who said he had four pages of barbs to blast his fellow contestants with? What happened with all of that? Was his editing process THAT drastic??

Then on the evening of the group date, the bitchy queens spend their quality time with Katie trashing Hunter. I guess they all find her INCREDIBLY boring and don't care to get to know her. Whereas Hunter is ALL THAT, so that's where all the men's attention go. Katie realizes Hunter has the men's hearts...not her and it makes her feel kinda sick inside. And sick outside as she barfs up whatever she scarfed down at the buffet dinner earlier.

Next up, Katie dumps Connor for lousy kissing technique. Connor is SO sweet in dealing with Katie as she dumps him...and I've never liked Connor better. Plus he's never looked better than he did at that moment. Talk about peaking at the wrong time...

During the rose ceremony, Tre fears he might leave without Katie knowing so many things about him. Dude...all you ever do with you one on one time is tattle to Katie about how mean all the other boys are. I think that's probably all anybody needs to know about you...

And then Katie gives Hunter a Thomas Jacobs-style sucker punch as she calls him up for a rose....then yanks it away from him a la Lucy with Charlie Brown's football. Guess all the bitchy queen behaviour of the men is rubbing off on our Kate!

I swear every season is worse than the last one. I really liked Katie on the last season, but this one not so much. She turned into a shell of her former, confident self.

Wow, the men are acting civilly towards one another!

Look what happens when you dump viper Aaron and psycho Hunter. Peace in the valley!!

For the record, I need to say that I think Greg is absolutely gorgeous. Loved his date with Katie, expect for the fact that they look like siblings, possibly even twins. Were either (or both) adopted??

Also for the record, I don't like adult women acting like cute widdle eight year olds. Don't like it when adult men do that either. Yes, I am looking at YOU, Michael A.

Sucks for Brendan to put himself out there and then get kicked to the curb before he had even finished saying everything Katie never gave him the chance to say before. This is the most we've seen of him and he actually seems like quite a decent guy. Hopefully he will make the cut for Bachelor In Paradise. But perhaps his hairdo from "There's Something About Mary" could be reconsidered.

Mike P. also seems like a really nice guy. But when your date is all about cuddling in various positions, don't reference your Mom. And then mention her another FIVE TIMES. One might find your comments a little bit on the creepy side.

Andrew was another loss. A few weeks back when the mean girls swarmed that week's target, he was one of the few (maybe the only guy?) who questioned the venomous behaviour of the others. Hopefully we get to see more him somewhere down the line.

The previews for next week's episode look boring. But from what I've read online, it could be...the most dramatic episode ever. Can't wait!
You must log in or register to reply here.