emason said:
Another wallow: Rodelinda from the Met. Once is probably not enough; I may watch it again tomorrow before the link expires. Want to live in that library forever and this time around I've decided that Fleming and Blythe can keep their gorgeous costumes, I want Kaiser's frock coat from the second act. In person that moving set is truly magnificent; it's just a great production and I've no complaints about the singing.
Click to expand...

I loved that Rodelinda and I'm

that I wasn't able to watch it. I find it difficult to have the time and stamina to watch the nightly streams but I got two in this week and loved it! I had not seen either Armida or Iphigenie en Tauride when they were shown live and I am so glad I got to see them. Loved Susan Graham as Iphigenie.

I'm giving it all I got tonight to watch all of La Forza Del Destino with Leontyne Price!

Kaiser was so, so good in Rodelinda, and so were Blythe and Scholl. I'm not a fan of Fleming in this rep, including Armida, which belonged to the tenors.

It's been fun for me to see two of Wadsworth's productions in a week, including last night's Iphigenie en Tauride, which was a co-production with Seattle Opera and which played here first. He brings out the relationships well and sets a high acting standard for his singers, w which was so clear in Rodelinda.

He also directed what is likely to be the the last original Ring, if not the last Ring, that Seattle ever does.
E

Here's what I thought:

Armida - I lasted through one act. I loved the look of the production, but I couldn't stand Fleming and I don't like tenor voices in general, so too much tenor shrieking in Act I did me in. (I do not regret my decision to not see this in the house when they did it.)

Semiramide - I didn't even make it through all of Act I. With every passing minute I was reminded of just how disappointing/awful it was in the house. I'll go back to listening to my CD of, IIRC, Cheryl Studer, Jennifer Larmore, and Samuel Ramey.

Iphigenie en Tauride - I tried, I really tried, but I only lasted 15-20 minutes. I love Susan Graham, but I just couldn't get into the production or the music. I will give it another try this afternoon before the link expires.

In 2004 and 2006, live in the house, in my mind Fleming was the weakest member of the cast. She didn't do it for me either of those times. In 2011 I give weakest cast member to Shenyang. In 2004 David Daniels sang well, but he and Fleming had 0 chemistry together and I mean 0; Andreas School on the other hand - chemistry off the charts. I liked van Rensburg as Grimoaldo, but I know others didn't. I lurved Kaiser. I loved all the countertenors who sang Unulfo, but then, countertenor is my favorite voice range for men. I will be pissed as hell if the crud situation deprives Iestyn Davies of his Giulio Cesare at the Met next season. John Relyea wins over Shenyang in my book for Garibaldo.

One thing I would like to point out about the HD broadcast: when the set rises so that we see Bertarido in his prison cell, the broadcast stayed with the cell. I wish just once the camera has pulled back you could still see Grimoaldo up above. If you paid attention, you noticed his starting position was different from his ending position in that scene. If you thought he was just slumped against a wall for the whole time, you are wrong; he was earning hazardous duty pay pacing back and forth near the edge of the set having a crisis of conscience all the time the action was going on below. I wish the broadcast has highlighted that moment.

Armida sounds like torture for you, @emason. It's all tenors, all the time, except when Fleming is singing.

I didn't realize the Met has done Rodelinda so often. Until the broadcast the other night, I'd only seen it live once, in Dallas, in that awful theater on the Fair Grounds, where the acoustics were among the worst I'd ever encountered. (Unlike the dreamy new-ish Winspear in downtown Dallas.) I thought that Ruth Ann Swenson outsang Fleming by far, but we got Ewa Podles as Bertarido; the only countertenor was Dumeaux's Unolfo. (I just looked at the Met Opera Database, and Anthony Roth Costanzo made his debut as Unolfo later in the run in 2011, so he must have been covering Davies.)

Shenyang was a rather mild Garibaldo. (And a rather mild Figaro [Mozart] out in Seattle.) I can imagine Relyea booming with menace in that role. (Philip Cutlip, who was fabulously creepy, sang in Dallas.)

Iphigenie is a real hybrid sound. It can really get on your nerves until it doesn't. There's a great scene between tenor and baritone and a wonderful tenor aria in it. If you can stand it until you get there.

Well, I am much less tired today than I was yesterday, so I watched Iphigenie and I did like it. I'm still not entranced by the production itself, but the music and the singing got to me.

I will save Forza for tomorrow; I saw it once at the Met decades ago. I remember nothing about it, not the cast, not the production, not the plot, but after doing a little research I think it must have been the Grace Bumbry cast in the 80s that I saw. I truly have no idea.

(I am taking a break and watching movies for the rest of the day; today is the last day I can rent both L'Innocente and The Booksellers from Film Forum's streaming service.)

I saw La Forza Del Destino when the Met came to the Kennedy Center in the 1980s with Leona Mitchell. I hadn't seen much opera and that point. I loved it. I've seen it once since then the Washington Opera did it about five years ago, and I loved it again.

The Royal Opera House is streaming The Magic Flute right now. Not one of my favorites, but hey, Mozart is Mozart.

I just finished watching the stream of Satyagraha, which seems especially timely given the catastrophe of 2020 so far. I really enjoyed the production so much that I made a second donation to the Met (first was after the gala) and purchased sheet music for the piano version of Gandhi's final aria.

emason said:
Here's what I thought:

Armida - I lasted through one act. I loved the look of the production, but I couldn't stand Fleming and I don't like tenor voices in general, so too much tenor shrieking in Act I did me in. (I do not regret my decision to not see this in the house when they did it.)
Click to expand...

Would you believe this is the only thing I have managed to see live in the house at the Met? I sure hope I get to go back sometime ...

We were going to have Elza van den Heever with the WNO in Fidelio.

And (somewhat off-topic) the Missa Solemnis, not to mention the nine symphonies this summer. Poor Beethoven's 250th birthday celebrations took a massive hit this year. I can just picture him somewhere raging against fate.

The Met inaugurated a new concert series where the artist performs in a venue near their home. Jonas Kaufmann started things off today from a baroque abbey in Bavaria. The live performance was hosted remotely by Christine Goerke and interspersed with recordings from prior stage productions. After purchasing the ticket, the concert can be viewed on demand for the next twelve days. It was quite enjoyable, and the lineup features many of the same artists who performed in the gala.

PBS in Iowa is airing past productions/broadcasts from Des Moines Metro Opera. They are beautifully done, and their Billy Budd finally made me understand Billy Budd.

Washington National Opera is now planning to perform only one of its announced productions for the 2020-21 season, still holding onto the hope they can stage La Boheme next May.

In the interim they have plans for a pop-up opera truck to visit all parts of the city and some virtual something.

Chicago Lyric live with Lawrence Brownlee and Friends; should be available for 30 days. Really good. https://www.youtube.com/watch?v=p8ozo9Bf2mE

Brownlee was amazing in that Barber and also in the I Puritani that they aired on WFMT yesterday.

If you haven't seen this, Mattila in Makropolus Case from San Francisco is breathtaking. It's only available until midnight Pacific Time tonight, unless you're a member and can watch it on demand. But it also clocks in at less than 2 hours, and, in general, I've found that if you start the stream before it expires, you won't get cut off. A friend has been having luck bringing up the video in their browser and starting it when they want, but if it gets interrupted, they can't get it back. 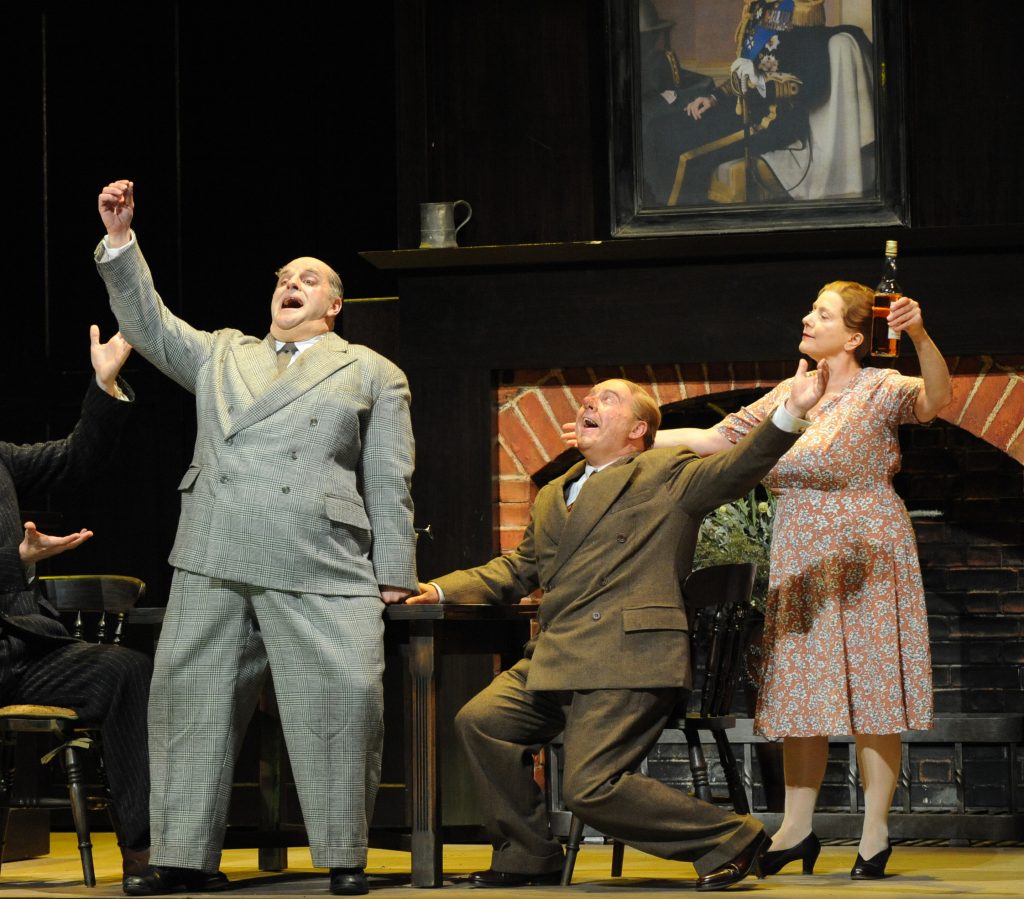 This is a really nice interview with Karita Mattila. She seems like such a cool lady, and I'd love to hang out with her for a day.

I'm sorry this is last minute, but there are a few hours left to start the Met Tristan from 2008 with Deborah Voigt, Robert Dean Smith (last minute substitute for Ben Heppner), and Michelle DeYoung.

One of the highlights was Susan Graham's interviews with Voigt (backstage) and DeYoung (in her dressing room). Graham should do all of the interviews all the time. Although my favorite backstage moment was during the last big Met Gala when she talked to Renee Fleming during an intermission, and she teased Fleming that she (Graham) had sung already and could have wine, but Fleming, who was still to sing, couldn't.

Lise Davidsen's Met Stars in Concert is worth every penny. It's available through September 9.

I saw her post on FB this morning, pretty scary. She's in the hospital with pneumonia.

Also Ildar Abdrazakov, who was performing with Netrebko and her husband. When the news first broke about Ildar A. there was a lot of internet commentary about how she had been posting photos to social media in which there was a lot of maskless socializing, and threads about him turned into threads about her and how irresponsible she has been, which of course led to how badly she sings. 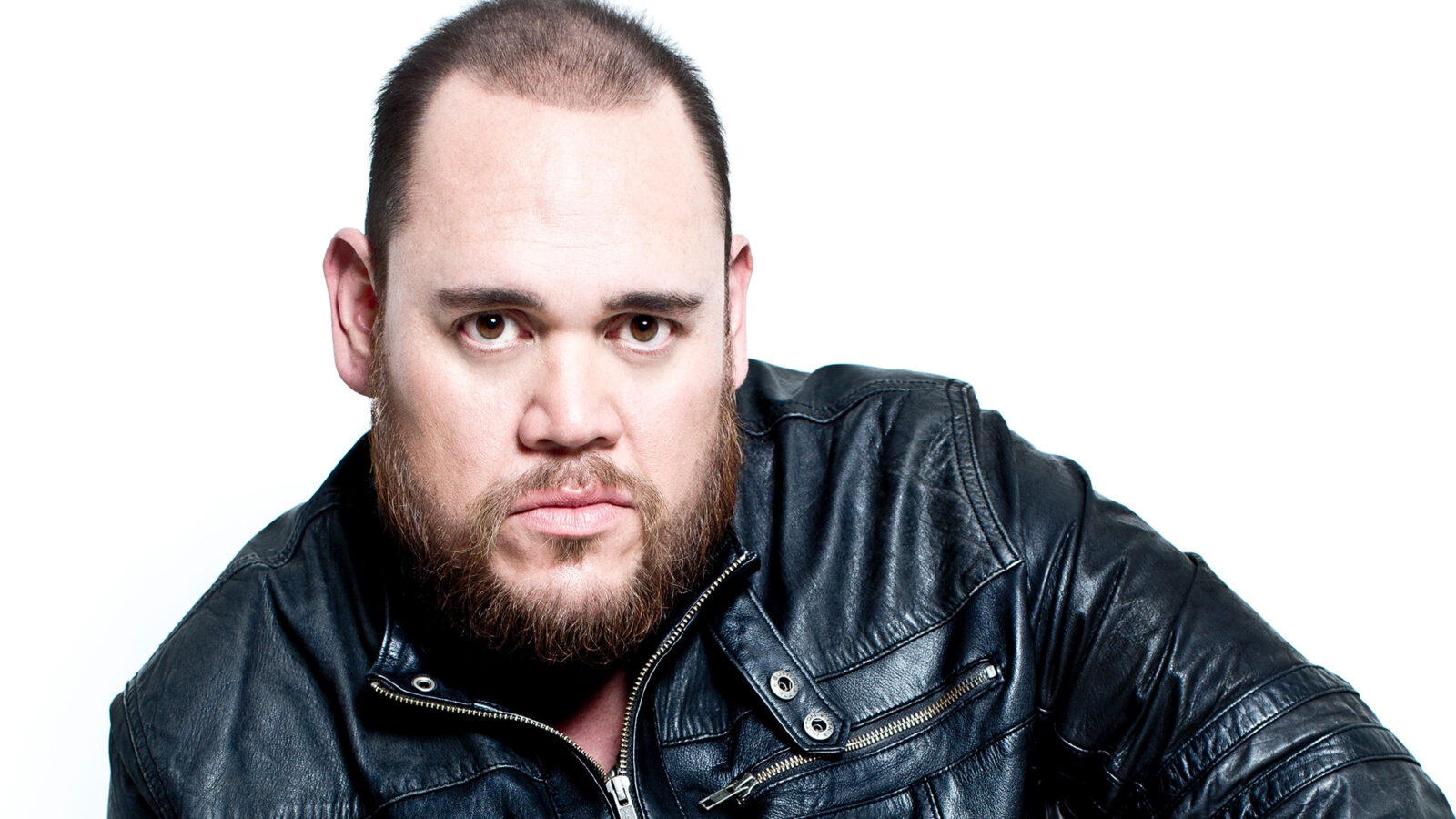 The acclaimed baritone shares a recital of art songs and arias, including his specialty: Verdi repertoire.

The Joyce DiDonato concert in the Met Stars in Concert series is available through September 25. The original venue was in Barcelona, but was changed to a spectacular industrial-space-turned-theater in Bochum, Germany, and I thought the acoustics were fantastic. The program and singing were, too:

although I preferred her La Vie en Rose (encore) live in Seattle in 2018 or 2019 (time all being a blur): it was the highlight of that recital for me. It was a little more swoopy here than I remember. But figure skating fans will understand

The Kelsey recital is on the WFMT website on demand. It doesn't say for how long:

The acclaimed baritone shares a recital of art songs and arias, including his specialty: Verdi repertoire.

www.wfmt.com
You must log in or register to reply here.