FSWer said:
Sorry to hear this. How old was she?
Click to expand...

I find myself again struggling with words. I absolutely love to watch her skate. She had such fire and fight. I just...I wish that this hadn't felt like the solution for her.

@synchrogirl17 , I'm so glad you are still here with us. To anyone else struggling, please stay. This world needs you.

We need to take depression more seriously and stop belittling people who suffer through it. We're all in this thing together. Her poor mother must be devatated. May she find peace.

EDIT: Bestia....ova, must never be interviewed for the rest of her life. She comes across as a callous unsympathetic person. Her words only poúr salt on the wound.

Rukia said:
@synchrogirl17 , I'm so glad you are still here with us. To anyone else struggling, please stay. This world needs you.
Click to expand...

Thank you so much for the support, it means the world to me <3

So sad and shocking news. To young to die. RIpP 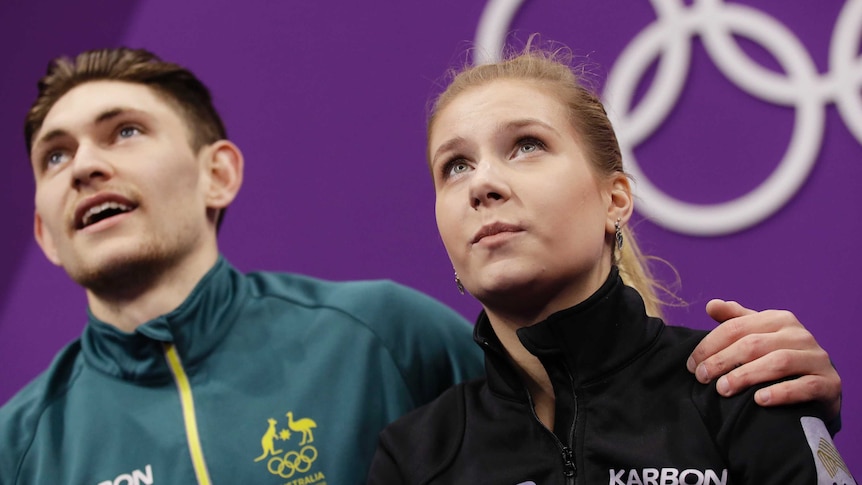 Bigbird said:
We need to take depression more seriously and stop belittling people who suffer through it. We're all in this thing together. Her poor mother must be devatated. May she find peace.

EDIT: Bestia....ova, must never be interviewed for the rest of her life. She comes across as a callous unsympathetic person. Her words only poúr salt on the wound.
Click to expand...

Do you mean 1988 OGM in ice dancing Natalya Bestemianova? What did she say?

The Queen of Mean

Bigbird said:
EDIT: Bestia....ova, must never be interviewed for the rest of her life. She comes across as a callous unsympathetic person. Her words only poúr salt on the wound.
Click to expand...

What did she say?

I didn’t want to mention it but here’s the link to Bestemianova’s interview:

In general, this is not typical for skaters and for athletes in general. Usually athletes are mentally strong people. Probably, some bad genes or some addictions led to her decision. I can only lean towards this conclusion. I wouldn't blame figure skating for it.
Click to expand... 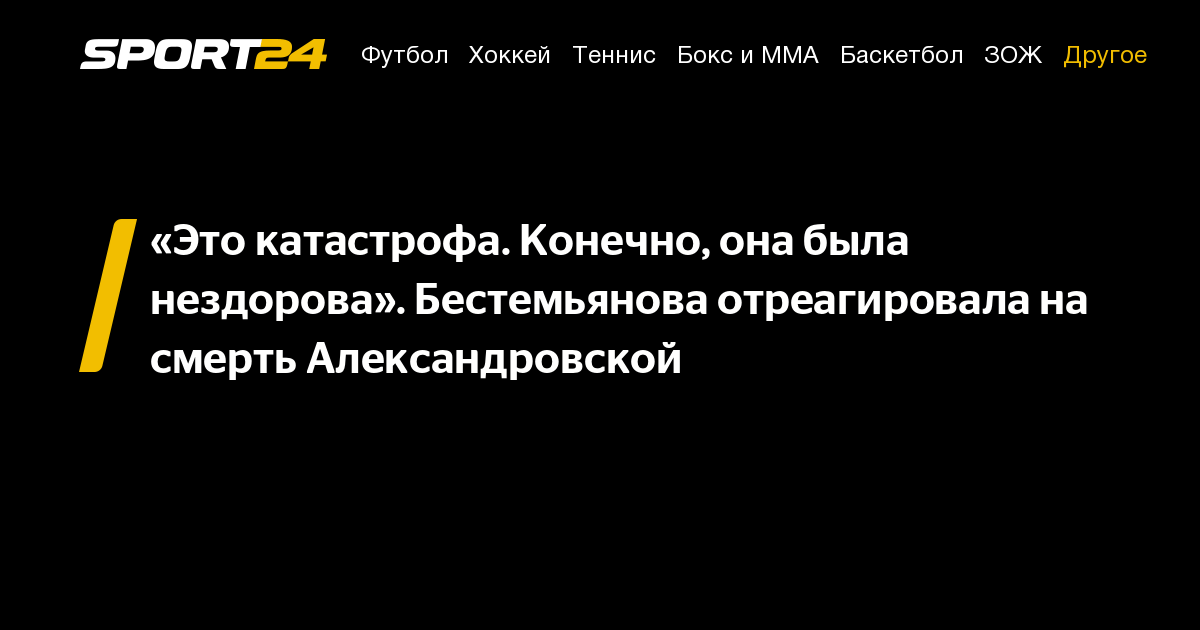 There were many bright moments in Katia Alexandrovskaya's life. A talented skater, she was ready to go to the end of the world, Australia, to pursue her dream and she accomplished so much in a very short time. After teaming up with Harley Windsor in late 2015, just a little over a year later she claimed the World Junior title with him, making history as the first Australian skaters to win an ISU Championship title. In 2018, they competed at the Olympic Winter Games. It is incredibly sad that apparently the darkness in her soul became stronger than her. According to the reports she left a note that just says "I love". Katia, you were loved by many. And you will be missed by many. R.I.P. 🖤
This is a selection of my photos of Katia and Harley including the very first ones from May 2016 when Nina Mozer proudly presented this new team to me.
Click to expand...

I saw on Ashley Gribble Instagram something about Rest In Peace Katia. I thought she meant Gordeeva....

I am in such shock about Alexandrovskaya!!! Out a window?????

Oh my gosh, how terrible. I am in such shock.

It's so heartbreaking, it's really unbearably sad.

Devastating news. If she was struggling to find a new path in her life amidst this difficult **** period plus dealing with depression at such a young age, it must have felt like climbing the Everest with no end in sight. Horrible. May she rest in peace.

Such sad and shocking news to wake up to. May she rest in peace and my heartfelt condolences to her loved ones.

My beautiful Katia, may you rest in peace. My heart goes to your family and everyone that knows you and that knows how strong you are.🤍I truly hope that your heart and soul is happy at the moment and in a better place. I’m sending you so much love. All the memories we have together, I will cherish them forever in a special place in my heart. May light, love and happiness be with you. You will be missed my sweet angel
Click to expand...

I disliked Bestemianova for her skating, but now I hate her as a person. Yes, hate.

Ka3sha said:
I didn’t want to mention it but here’s the link to Bestemianova’s interview:

I "sad-reacted" to this only because this board doesn't have an "angry-react".
J

Feeling very sad for her as it is really tragic that such a young person does not see any other road ahead...

I copied out Gracie Gold's Instagram post yesterday regarding the upcoming HBO documentary, "The Weight of Gold": https://www.fsuniverse.net/forum/th...ight-of-gold-documentary.107347/#post-5835365
Excerpt:

"... Our mental illnesses are valid.
When an Olympian breaks a bone, everyone rushes to help. The world is so accepting of our physical injuries...but what happens when our brain breaks? We get left in the dark. It’s ignorance. And that ignorance has created a world that doesn’t understand depression, that doesn’t understand mental health."
Click to expand...

As for Bestemianova, well, it takes nothing to just shut up.

This is such horrible, horrible news. The world can feel like such a cold and horrible place, especially when stakes are so high for these young dreamers. (((Katia & her loved ones))).
S

Terrible, heartbreaking news! Poor girl. I can’t believe there’s still so much stigma and ignorance concerning mental illness. It’s tough to think about all those who doesn’t get the help they should.
RIP Katia!

@synchrogirl17 lots of love and strength to you!

Harley Windsor confirmed that Katia was diagnosed with epilepsy. 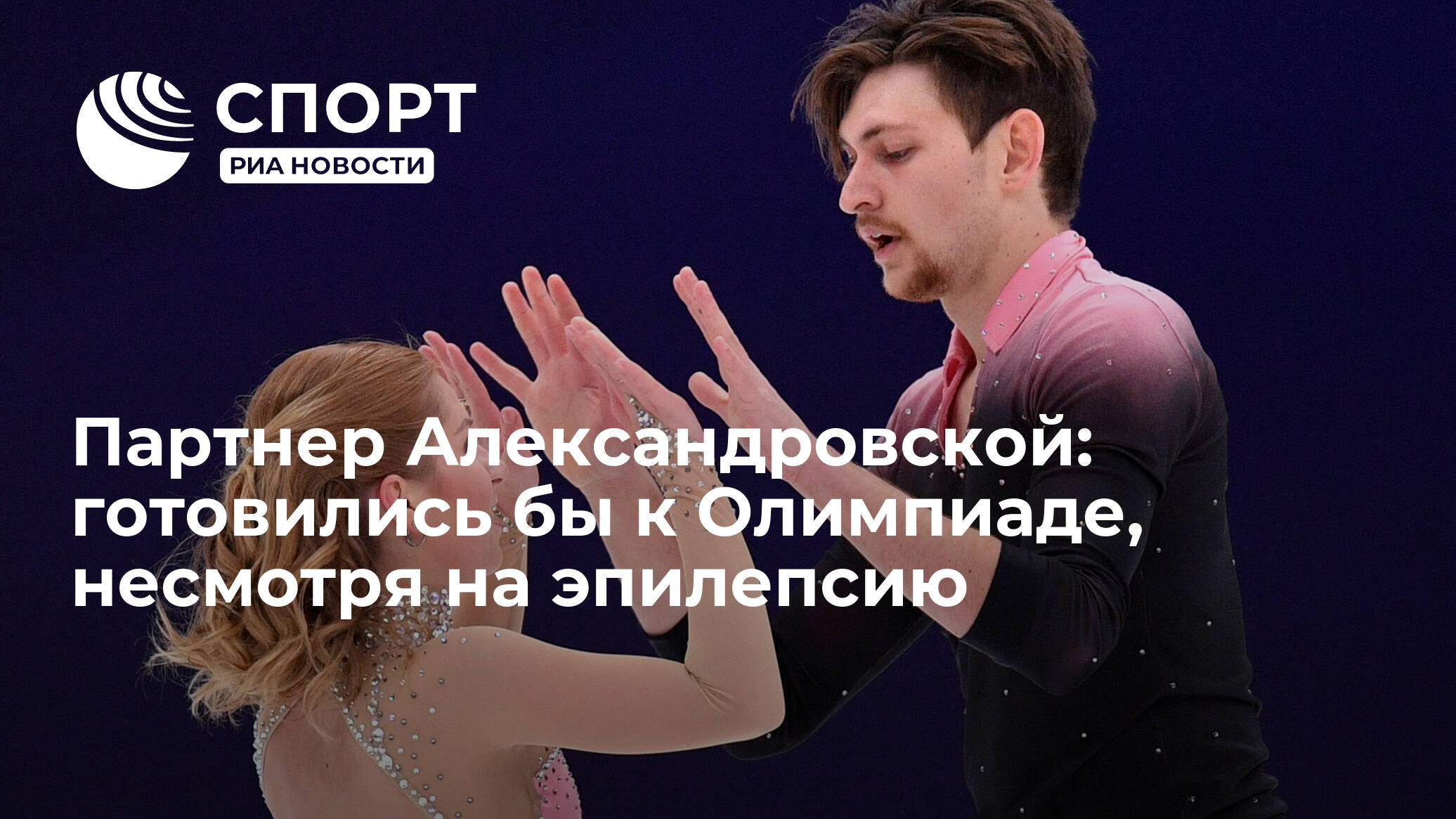 I loved watching Katia and Harley's skating and was so sad that her career ended the way it did. As an athlete feeling that your body has let you down must be the worst kind of betrayal. Mental illness is devastating and so many people are suffering with all the sadness, uncertainty and anxiety in the world right now. Sending love and prayers for her and for her family and friends.

And to you @synchrogirl17, I am so grateful you were able to get the help you needed. My prayers to you as you continue with your journey.

I keep thinking about her mother.
Poor girl, poor mother.

Such devastating news. My heart breaks for her and her mother.

I only hope some good will come from this tragedy and that this can help heighten the awareness of the severity of the issue and lessen any stigma that some may wrongly attach to the diagnosis of mental health issues. I hope the fact that some high profile, successful athletes are willing to talk about their struggles will help others know they are not alone and that many people want to help.

@synchrogirl17, none of the available emojis seemed like a truly right response to your note. I'm sad you're going through this, but so happy and proud that you had the courage to seek the help you needed. Please know that there are many people here who care.

This is just devastating. I couldn't believe it when I saw it on Apple News this morning. I'm in tears reading about Katia and the tributes posted to her. It's so hard to climb out of that hole of depression and hopelessness whether in a pandemic or not. But of course the state of the world could not be worse for trying to move forward, get help and stay connected with people. I can only think how alone she must have felt.

My best thoughts and all my support are with you, @synchrogirl17. I hope you are on the other side of it. I know how hard it is to break out of that rut of thinking. I wish you all the best in your fight!
You must log in or register to reply here.

Karel Vosátka, inventor of the short program, has died