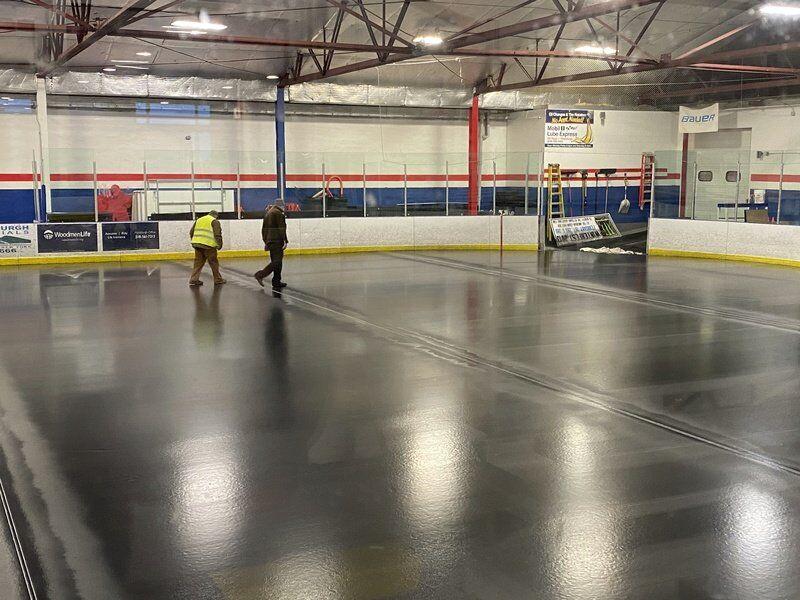 ... But for those competing in the World Figure & Fancy Skating Championships, black ice is beautiful.
"We have black ice so everyone can see what's going on," Patrick Kelly, organizer of the championships, said.
The championships will be held Thursday, Dec. 31 to Saturday Jan. 2, 2021 at Ameri-Can North Sports Center on Sharron Avenue in Plattsburgh [New York].
The competition features a variety of figure skaters performing sketches on the ice that will be judged based on their skill and perfection.
The black ice works well to show off the intricate designs the skaters carve with their steel blades and fancy footwork.
Click to expand...

Based in Lake Placid, the World Figure and Fancy Skating Championships are holding their sixth championship festival.
Kelly said getting ice time in Lake Placid this year was difficult due to the *********-19 *********, and Montreal was not available due to the border restrictions.
All competitors will abide by *********-19 protocols, Kelly said.
Judging will actually take place electronically so judges will not be at the rink. Instead, they will review the sketches on line before rendering their decisions.
"We're doing it virtually, which is kind of cool. It's the first time we've ever done it, but everybody is kind of used to the Zoom stuff now," Kelly said.
"We will have somebody out on the ice with a camera looking over the figures, and then the skaters will go off and the judges will judge the figures. They don't know whose figures they will be judging... so it's all objective and it's fair."
Click to expand...

Paint crews have been working at AC-North this week spreading their black ice to prepare the 200-foot-by-85-foot rink, which will be divided up into 19-foot sections for each competitor to work on.
"It's neat," AC-North co-owner Jamie Reidy said.
"We are looking forward to not only hosting this event, but watching it and seeing what goes on."
...
The skating competition is closed to the public except for family members or friends of a participant who will receive complimentary spectator passes.
The event is being filmed and will be released on the World Figure & Fancy Skating Championships YouTube Channel.
Click to expand...

2020 Skate Canada International has been cancelled
2 3