(Updated) Denis Ten Murdered: was stabbed in the thigh

As far as I read on the IG, Takahashi is not invited to the show itself. Shame Takahashi's show Hyoen is too close to Denis'. The announcement says Takahashi "will visit Almaty in July to honor his friend's memory" instead of participating in the show.

Japanese skater and friend of Denis, Daiske Takahashi will visit Almaty in July to honor his friend's memory.
⠀
but participation in the ice show in memory of “Friends of Denis” in Daiske is not possible.
Click to expand...

Of course Takahashi was invited, Dai was his best friend! Unfortunately, due to legal contract with Hyoen, he cannot skate in other shows.

Denisten_official Instagram today (one of the many about Daisuke) with very moving words:

DT 2
That's exactly what the number was called, which Dice and Denis performed on the ice show “Denis and Friends. Olympic Energy.”
The number was a kind of battle, where friendship, true friendship of Dice and Denis, wins at the end.
⠀
July 1, 2018 Denis published the news about Daisuke’s return to figure skating, which he was very pleased with.
⠀
Daisuke will fly to Almaty for the anniversary to commemorate his friend Denis. Unfortunately, he will not be able to take part in the memorial ice show.
⠀
Dice, thank you for the true friendship and reverent attitude to the memory of Denis.
⠀
Denis’s homeland is always open to all friends and fans of Denis.
⠀
P.S. A real friend doesn’t need invitations.

Also, can we please stop posting Denis related news in this thread?

If this thread is closed; please start a new one, to discuss the tribute - and other developments.

There is a development, or rather a continuation of legal issues in this tragedy. It does not change much, but for the record.

The Alma Ata court, on Jan. 13th, 2020, declined Oxana Ten's (mother of Denis) request to start a new case and an investigation, naming this time, her as "victim/plaintiff". She plans to continue and to take it to Superior Court. 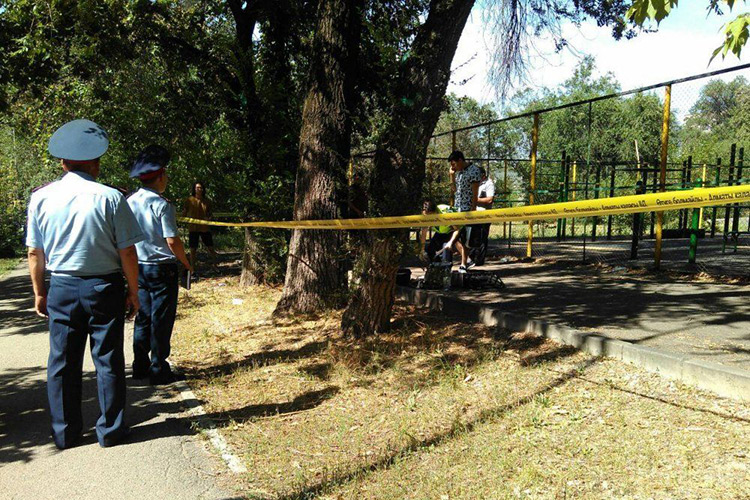 The original case was tried and 3 people convicted and imprisoned. The finding was pretty much "physical altercation during car robbery which led to victim's death". The case was officially closed. Oxana Ten during the process objected to the closing of the case, insufficient punishment of the guilty parties, improper investigation of the circumstances/evidence, claiming this is not "murder during car robbery" but "a conspiracy to murder" and that "car robbery" was a set up to lure Denis into a fight. She claimed that she had evidence, that she did her own investigation, and one of the findings was that the financial situation of one of the murderer's family significantly improved right after the incident (new car, new luxury items, etc.). The court declined and the case was officially closed.

Recently Mrs. Ten tried to start a new case, naming herself as a victim/plaintiff, on two counts: insufficient investigation of her evidence that it was a "conspiracy murder", and second, accusing the two police officers on duty in the area when murder took place of improper/insufficient actions/methods to catch the offenders. She is making a lot of claims, that they did not chase after them properly, prevented other police officers from chasing after them (by telling them they'll handle it themselves and turning other police car away), that it is probably part of the set up to let the offenders escape, etc. That the police officers were right there, in view of the car and the fight, and did nothing to prevent it. That there are more people involved in this set up, and there are several "un-investigated personas" lurking around the case.

The court did not find the claims sufficient to start a new case. Ten's family and lawyer plan to take it to Supreme Court.
You must log in or register to reply here.

Is it possible to reopen "Denis Ten Trial/Murder topic"? there is a small new update.