I'm listening to the replay of Der Zwerg, and the tenor, Rodrick Dixon, whom I've never heard before, is awesome!

The Partenope, presented by Les Arts Florissants, was fantastic! The singers were from Le Jardin des Voix Academy for young baroque singers, co-directed by William Christie and Paul Agnew, and they are doing a

selecting and training these singers.

-- and Hugh Cutting sang Arsace, who has a wider range of emotions in his music. The tenor was also fantastic: Jacob Lawrence sang the baddie, Emilio with such fabulous technique. What a way to end the Enescu Festival. (Technically, the penultimate performance.)

I got to go for my first live opera performance since March 2020 yesterday! I saw the Washington Concert Opera with Rossini's Maometto. Some wonderful singing. My favorite of the night was Elizabeth DaShong whose singing was just gorgeous and as the below review says, "nearly stole the show." And there was also Leah Crocetto, tenor Bruce Sledge, and Bass-baritone Ashraf Sewailam, who was very impressive.

They limited the ticket sales somewhat so I had empty seats around me which was nice and everyone was masked and had to present proof of vaccination. This was my third concert since the pandemic, I went last weekend to Baltimore to hear the Baltimore Symphony, including Renee Fleming singing a contemporary piece about Georgia O'Keeffe with projections of her paintings. I really enjoyed that. And I went to the National Symphony Thursday and heard Britten's Violin Concerto and Shostokovich's 10th Symphony.

I will wait awhile before I venture out again.

The Grammy nominations were announced today. Here are the opera recording nominations:

And all of the pieces relatively modern to contemporary: not a Tosca among them.

Did anyone list to tonight's Tosca that was the weekly free stream on the website and part of Sirius Met Opera Radio? The soprano was Elena Stikhina, who I thought sounded wonderful. She's listed on the Met website as having sung Suor Angelica in 2018, covering for Opolais, and, according to the Met Opera database, getting two stage performances. (She also sang Tosca last weekend.) Calleja sang Cavaradossi, and Gagnidze reprised Scarpia. I liked that his interpretation in Act II was very conversational, not just a loud bully.

I didn't realize they still had free weekly streams!

You'll find the "Live" window and the list of performances for the rest of the season right below at this link:
https://www.metopera.org/season/radio/free-live-audio-streams/

The hosts come on the air a little bit before the performances; until then there's a loop that tells you to come back some other time. Debra Lew Harder and William Berger usually co-host, although he was busy for one of them, and she did it herself. There's almost always an interview (sometimes two) at each normal intermission. Tonight it was Calleja -- they said he was turning 44 on January 22 and would be a guest on the Opera Quiz -- and Rigoletto and Le Nozze conductor Daniele Rustioni. He said that Toscanini was taken from the orchestra where he was a cellist to conduct an opera at the last minute, and he paced the music by speaking the words. Rustioni said he does something similar.

Went to see the Met Rigoletto. It's going to be in HD next weekend:

Ah, remember when the Met audiences was mildly scandalized over Michael Mayer's Rat-Pack/Vegas Rigoletto ? I do. Bartlett Sher's Weimar Repu...

Elina Garanca has posted a very powerful statement on cancelling her appearances in Russia:

Dear friends - this is to inform you that last Thursday, on the first day of attack on Ukraine, I have withdrawn completely from any future concerts in Russia. I find it irresponsible and highly immoral to have my name associated with any events in a country that has decided in the light of the criminal war waged by the Russian regime against the democratic and independent nation of Ukraine, and against the European open society as a whole. I can not support people who support Putin and his regime even if they are trapped in not being able to give an open and honest statement. But being a Latvian, knowing what invasion and occupation is, me being a mother and teaching my children the meaning of morality, I stand with my voice for freedom and independence of Ukraine! War is NO solution! Music indeed has to unite, and what would the world be without cultural exchanges between each other, but, as history has shown, we can and should be able to choose which political leaders’ ideology to follow!
My heart breaks for Ukraine and my Ukrainian colleagues! NO to war in Ukraine!

I am not a politician and I have no influence on political decisions. But I am an artist and I can use my voice to express my opposition to the war that takes place just across the border of my beloved motherland. I regretfully decided to cancel my concert with the Russian National Youth Symphony Orchestra, which was scheduled for May 25 in Moscow. I know a lot of my Russian fans have been looking forward to this concert, but it is the only right decision in view of the current events, and in line with my conscience. We are not powerless! Each of us can express our opposition out loud. Each of us can provide help to the best of our ability. At this point, I would like to emphasize how proud I am of my compatriots who are helping and welcoming tens of thousands of Ukrainian citizens fleeing the war! Poles, you are great! Unity and solidarity for Ukraine!
Click to expand... 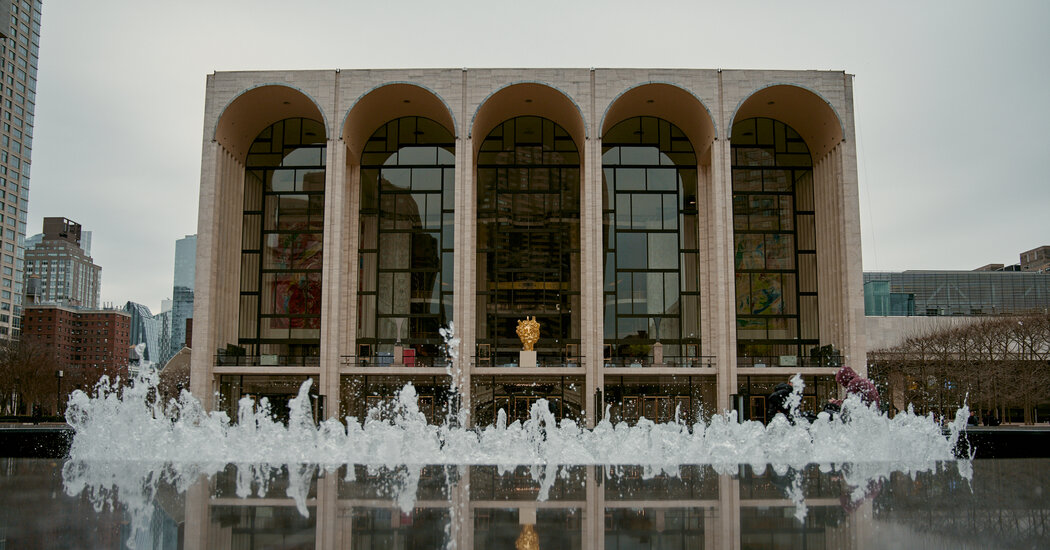 Metropolitan Opera Says It Will Cut Ties With Pro-Putin Artists

The decision comes as arts institutions seek to distance themselves from some Russian performers amid the invasion of Ukraine.

A Message from Peter Gelb 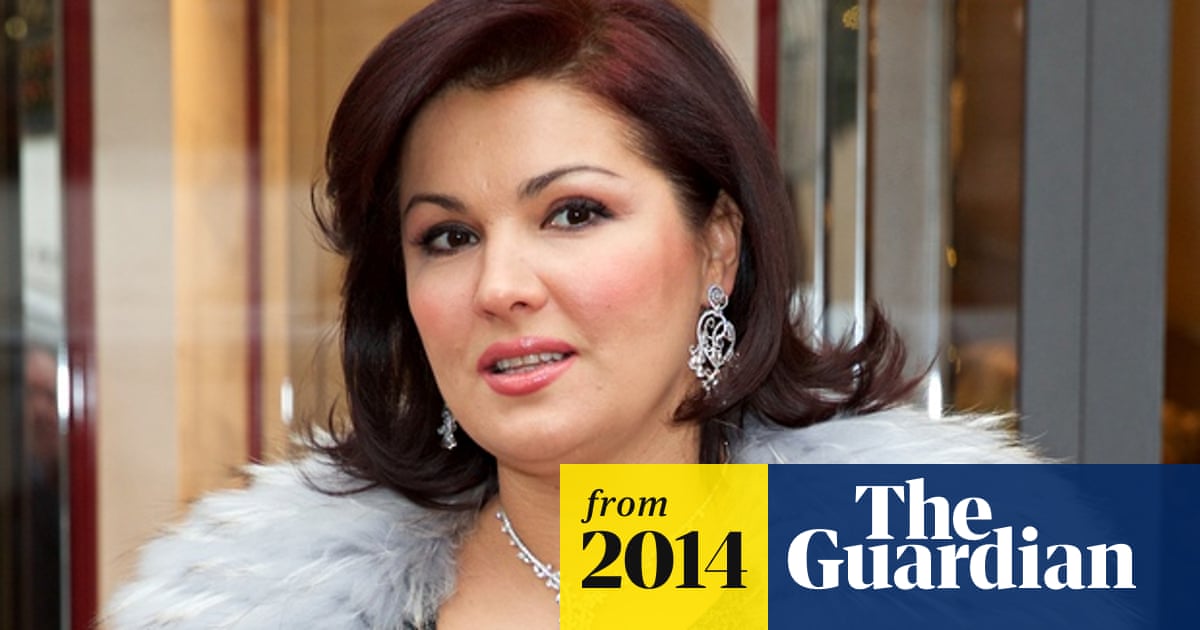 She's trying to get by without actually denouncing Russia's invasion of Ukraine. She's quoted in this: "She added a note of defiance, writing that 'forcing artists, or any public figure, to voice their political opinions in public and to denounce their homeland is not right.' It makes me sad because her voice is a gift to the world. But she won't be singing outside Russia if she won't speak up.

Doesn't she live in Vienna?

BlueRidge said:
It makes me sad because her voice is a gift to the world. But she won't be singing outside Russia if she won't speak up.
Click to expand...

I don't know, I think she's past her prime. I much prefer Sonya Yoncheva in the same repertoire.

I think there is room for many voices, even past their prime. I don't feel the need to choose just one.

Netrebko and Eyvazov live in Vienna.

Peter Gelb spoke before the curtain tonight, which is the opening for the second half of the season after a short hiatus. He asked for a moment of silence for the Ukranian heroes and the Ukranians who've lost their lives, and then the Met Opera chorus and orchestra sang/played the Ukranian national anthem.

The free broadcast of Don Carlos (French edition) is playing now (ETA: on Sirius XM and the Met website.)

The terrible events of the past few days continue to weigh heavily on my heart, as even more senseless violence continues to plague the people of Ukraine. Some say art is not political, and sometimes it’s best not to mix the two, but as I do my best to pull myself together and prepare to step onstage, I cannot help the fact that whatever misery is in the world is within me too. If there is pain, if there is suffering, and in our current climate, there is all of that and more…how can I not take that onstage with me? No one can stop these tragedies with a musical performance, and I admit I sometimes feel powerless to try. Sometimes I ask myself, what’s the point of singing now? People are dying. And these past two years have brought similar reflections about the true purpose of music, and what is my “job” as a performing artist. Maybe it’s not a job but a calling. Maybe music is purely distraction, background noise. Or maybe it’s a mirror of the human experience.

But whatever it means to me or to you, I do know this: Even the smallest gift I can bring to an audience with the power of the music I perform gives me hope that art can lift us up and inspire the best in us. I want to do my small part in spreading the message of peace, through my voice.
Click to expand...

The Met announced that Anna Netrebko has withdrawn from her scheduled performances for this season in Turandot and next season in Don Carlo because of her unwillingness to comply with the Met's policy with regard to Russia's war on Ukraine.

She's being replaced by Liudmyla Monastyrska in Turandot which will be the Live in HD May 7! "Ukrainian soprano Liudmyla Monastyrska, who has sung Turandot previously at the Ukrainian National Opera and at the Bolshoi, made her Met debut in 2012, singing the title role in Verdi’s Aida, which she again sang with the company in 2014," according to the Met's statement.

It makes me very sad that she's making these choices. I hope someday she has a major change of heart.

This week's free stream from the website was last night's Elektra, and what a cast: Stemme, Davidsen, Schuster, Grimsley, and Vinke. It streams again next Tuesday, April 5 and is the Saturday broadcast on April 16.

Carmen is tied with Giulio Cesare and Magic Flute for the most arias (two each) in the Met Council Auditions, wrapping up after one more aria, followed by Nadine Sierra singing Violetta's big Act I aria while the judges do their judging thing.

I was more excited by Rachel Blaustein's rendition of Lucia's big fountain scene aria than by Sierra's (Met) or even Oropesa's (Vienna) streamed recently.

Anthony Roth Costanzo is the host for this week's Saturday Broadcast/Live in HD. He just (backstage) interviewed Artur Rucinski, who is singing Enrico.

ARC: How long does it take to get the tattoos off?
AR: 40 minutes on, 40 minutes off. They have to use packing tape.
ARC: I just got waxed for Akhnaten, and that sounds worse.

At the end, AR asked to send a message out to his friends and family in Poland, which he did in Polish, and then ended with "Glory to Ukraine" in English.

The only live opera I've been to since the pandemic has been Washington Concert Opera. We got three productions this season rather than the usual two. The first two had wonderful performances from Elizabeth DeShong and Kate Lindsay. Sunday night's treat was Erin Morley! I'm a huge fan of hers so I was excited about this. The opera was Lakme, and she was wonderful. It also had a fantastic performance from the tenor Ferderic Antoun and bass Alfred Walker.

I follow Erin Morley on FB so commented on her post about singing Sunday thanking her for coming to the Washington Concert Opera (she's been singing all over Europe!) and got a

back from her. Now I'm totally
You must log in or register to reply here.