Ode to the beautiful game 2

I find Liverpool fans (and I have many on Facebook, who have other redeeming features that makes me friendly with them) more annoying than the most rabid B&K fans back in the day so tomorrow is either going to be

£18 up from a free bet I placed last August too!

Congratulations to Man City!
I

Well the FA Cup final was a heck of a game to watch. Brilliant demolition of Watford by Man City! 6-0

Even the mighty Newport County only got knocked out by them 4-1!

Nerves are jangling already for the League Two playoffs next week!

Congrats to Chelsea! 4-1 is an impressive victory!

Good luck to both Liverpool and Tottenham!

They did what they had to do to win. The 2nd minute PK scored by Mo Salah seemed to decide the game early since neither team was at all at their best - at the half Liverpool had only completed 60% of their passes and Spurs were not that much better. The entire half was either boring or frustrating. Not at all what I was expecting.

The 2nd half was better with Spurs being the more ambitious but, again, they could not put together a coherent attack and, it must be said, that Liverpool defended very well. Divock Origi's goal for Liverpool in the 87th minute insured the win.

Congratulation to Liverpool for the win and an incredible season.

Not sure where else to put this, or if this deserves a separate thread.

Anyone else see some

with some of these groups?
N

So happy for my boys!!! Let’s hope they keep it up!

Buzz said:
So happy for my boys!!! Let’s hope they keep it up! 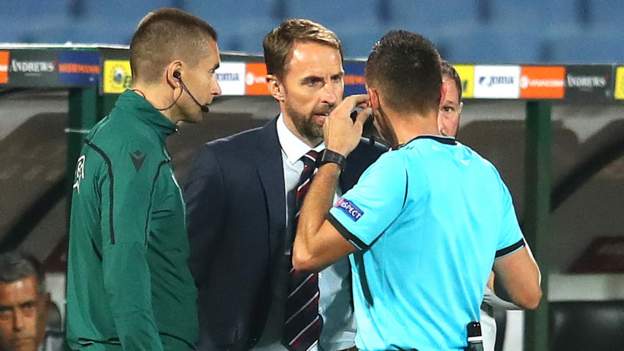 England's Euro 2020 qualifier with Bulgaria in Sofia is halted twice with fans warned about racist behaviour.

The head of the Bulgarian FA has resigned. 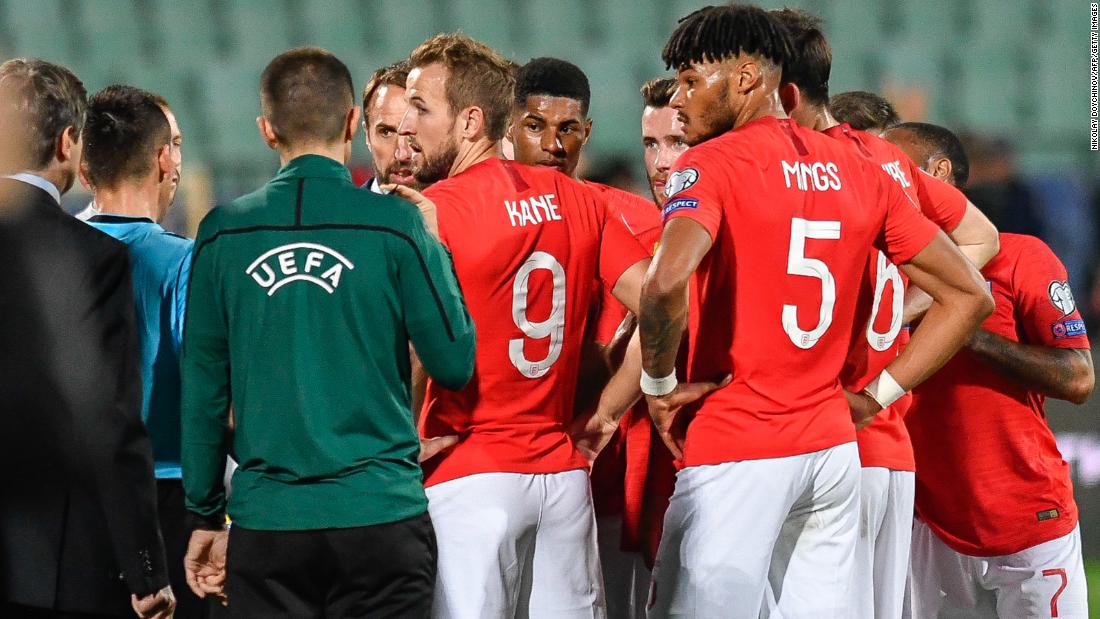 The president of Bulgaria's football association Borislav Mihaylov has handed in his resignation after England players were subjected to racist abuse during Monday's Euro 2020 qualifier. 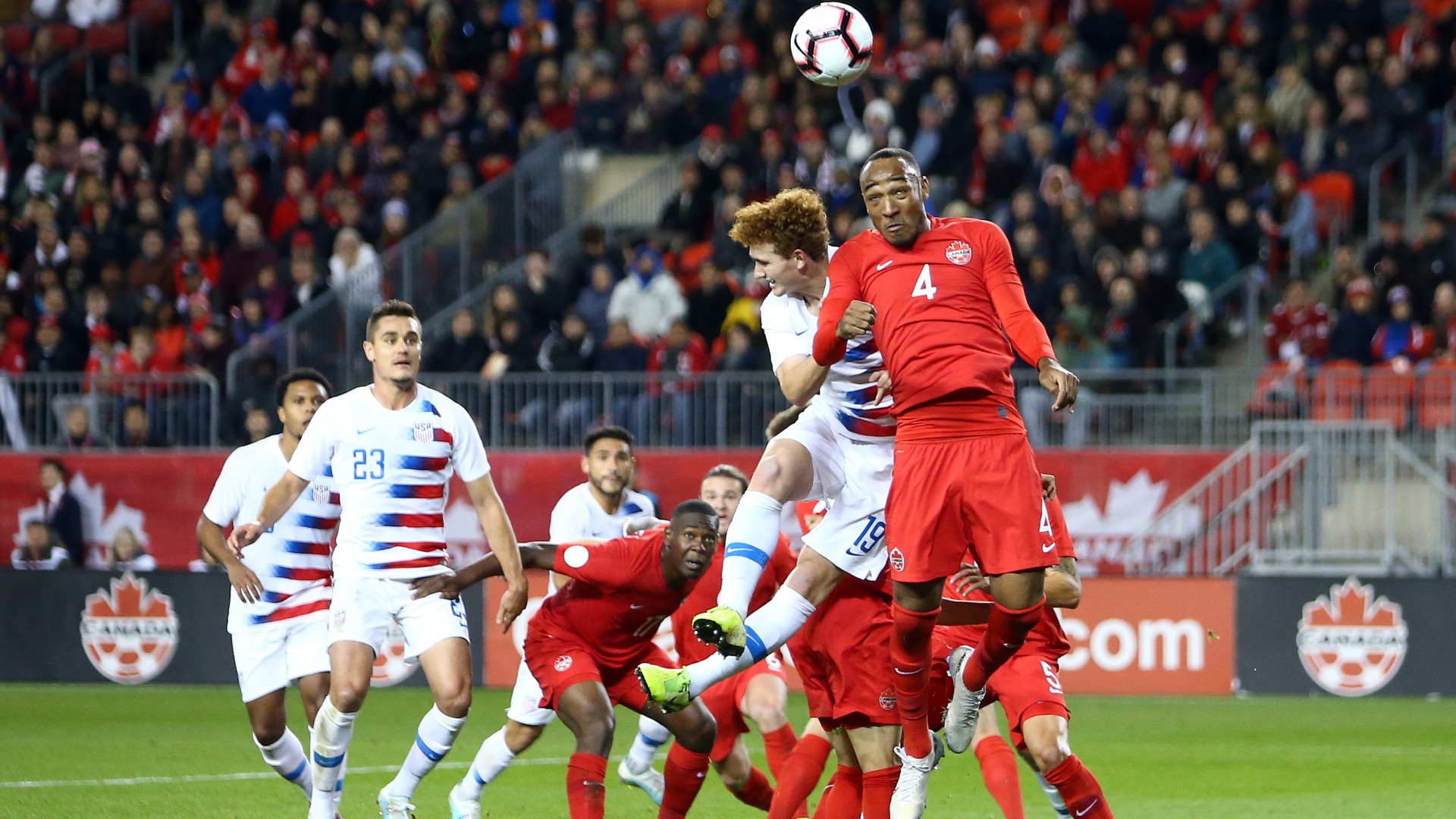 Canada also scored its first goal against the USMNT since 2007 in the victory that ended a 34-year drought.
www.sportingnews.com

Chelsea 4 v 2 Burnley. Of interest to fans of the USMNT is that 3 of Chelsea's goals were scored by Christian Pulisic. Of interest to Chelsea fans of all stripes is that this win put them in 4th place in the Prem. Considering the restrictions the team has Mr Lampard has done an excellent job thus far with a team of 20s and teens plus a few veterans to keep the children in line. We'll see how they do for the rest of the season. At the least they have added one more point of curious interest for the league.

FYI: MLS Championship final - Seattle Sounders 3 v 1 TFC. Toronto dominated, but Seattle scored first and last. For me, and probably TFC fans, the best part of the game was Jozy Altidore scoring to bring TFC within one goal. That did not last, but it was nice to see a player from SoFL do something positive.

In the EPL: Liverpool 3 v 1 Manchester City. Very intense game with many interesting refereeing decisions. For all of that the final score indicates the difference between the two teams on the day.

Interesting to see if Northern Ireland could pull of an upset win against the Dutch.
N

Canada also scored its first goal against the USMNT since 2007 in the victory that ended a 34-year drought.
www.sportingnews.com

Canada s finished group play with 9 points. The USA has 1 more game v Cuba. The USA should win that giving them 9 points in group play. The USA leads Canada in aggregate goals 8-6 now. A USA win will give them 1st place in the group.

Just turned over for the last 12 minutes of Wales v Hungary. I’m watching it actually in Welsh so my schoolgirl Welsh isn’t following all of it but I’m

Omg what a result I’m dead!

Way to go Wales - they had win to avoid trying to qualify via the play offs and they did with room to spare. Once again the fans were fantastic. I saw a tweet where some one said waited 58 years for Wales to qualify for a major tournament and that qualify for 2 in 4 years.

The win was expected. The USA will play a semi-final game v Honduras in June 2020.

NJL (Mexico will play Costa Rica in the other semi-final.)
N

This will make Buzz happy:

NJL (This puts Liverpool in 1st place by 14 points. That may be impossible for MC to overcome)

Kudo Kids: The Mystery of the Masked Medalist by Maia Shibutani, Alex Shibutani, and Michelle Schusterman Comes Out Today, Sept. 8, 2020

Get your skin checked in the new year