The Queen of Mean

Tangoer said:
That’s absolutely right but I must have missed the memo on all of the evidence of him not being innocent. Is there a thread on that? Fajfr absolutely should have been removed ages ago and the evidence available publicly was pretty clear. I just haven’t seen (or missed) similar evidence on Dönsdorf.
Click to expand...

Rabe accused Dönsdorf of kissing him against his will. Dönsdorf never denied the kiss but played it down and said it was consensual. The court did not think there was enough proof for Rabe's claim however I wouldn't call Dönsdorf innocent. It certainly was unacceptable behaviour for a sports director and IMO he should not have kept his job.
T

Ah, no need as I’m familiar with that case but thought maybe there were more accusers and I missed something.
T

Sera said:
Rabe accused Dönsdorf of kissing him against his will. Dönsdorf never denied the kiss but played it down and said it was consensual. The court did not think there was enough proof for Rabe's claim however I wouldn't call Dönsdorf innocent. It certainly was unacceptable behaviour for a sports director and IMO he should not have kept his job.
Click to expand...

Thanks for clarifying. I know about that case but thought there was more and I was missing something.

Article in fAZ about König and DEU: 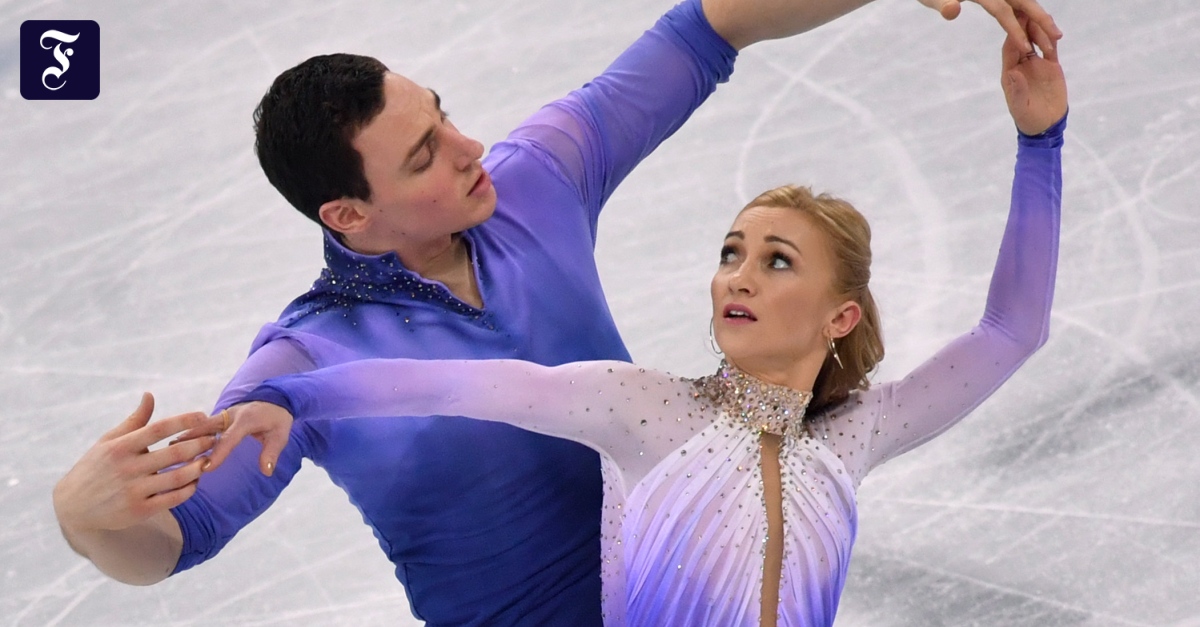 Hillebrand, a cool Bavarian lawyer, is said to have told König, a man of temper, rather abruptly that there was no longer any need for a national coach in this discipline, since the currently best German pair Hase/Seegert were increasingly training in Russia with their new coach Dimitri Sawin and the second best combination Hocke/Kunkel were in good hands with the German skating coach Rico Rex.
Click to expand...

From the national master class, only Belgian-born Ruben Blommaert is left, he said, who is preparing to start a joint career with his not-yet-eligible partner Alisa Efimova, still banned until April 2022 by her former, Russian federation. "Under the circumstances," König recalls the one-sided conversation, "a national coach's salary was not justified."
Click to expand...

"Unfortunately, I reacted very emotionally," says the retired national coach, "because I then immediately decided that I could not work like that if no trust was given. That's why I immediately agreed to sign the termination contract that came into effect a month later, without suspecting the consequences for me."
Click to expand...

Viola Striegler, the former national coach in the men's discipline, says of him that "Alex" was "unique in his perseverance and patience in always setting new impulses". However, she points out that the occasional maverick "undoubtedly needs getting used to". "You can't pigeonhole Alex".
Click to expand...

Alexander König will reorientate himself as an honorary coach in the new season, which will take shape from April 2022, as he did before his national coaching episode and possibly be the man behind the promising new pair Efimowa/Blommaert. That he doesn't consider his job as finished yet, he proved for everyone to see and hear in Oberstdorf, where Hocke/Kunkel prepared for the German Championships starting this Friday in Krefeld.
Click to expand...

Don't understand the paragraph about Hocke/Kunkel as they withdrew from Nationals a couple of days ago.

The section about Aliona is click-bait.

Interesting that Russia is apparently withholding Efimova’s release until April 2022. As far as I can tell, she last skated for Russia in November 2019? Seems like kind of a long time to hold up the release of a skater whom they apparently no longer wanted anyhow and whose highest finish at Russian Nationals was 6th ….
K

www.eislauf-union.de
It mentions RUS fed allowed Efimova to start here, even though she is not released yet.

Pmaol that they make it sound, like the olympic men spot for team event is still up to grab for everyone

Efimova/Blommaert really impressed me. Super twist and throw and a really interesting program. This was the best Blommaert we have ever seen and 66 points at the first outing is a cracker! Did not expect that at all.

For all German speaking here. There is a long podcast with Hocke/ Kunkel. Almost at the end they talk about the injuries they've had this season and their actual training process (can not practice twist and lifts) and the bad training situation in Berlin and that they are aiming for Milan 2026.
Here is the link: https://sporthelden.podigee.io
J

Awesome win fo JvR/S.
So much emotions and satisfaction in knc!
(on the same note: what a blow for M/D

I really hope german fed will think about own criteria and send JvR/S to worlds!

Jeschke said:
I really hope german fed will think about own criteria and send JvR/S to worlds!
Click to expand...

Is there any video of Efimova/Blommaert??
J

clairecloutier said:
Is there any video of Efimova/Blommaert??
Click to expand...


Thank you for this!!! ❤️ Lovely to see Efimova again. I've missed her. I'm so nervous about whether any partnership with Blommaert can last ... but they look great together so far, as I suspected they would!

I just watched Efimova/Blommaert SP and FS and damn! I was not expecting to be this impressed but they are objectively really good, better than pretty much anything we've seen at Golden Spin this weekend and from half of what we've seen during the GP season. Her jumps have improved and their twist is huge, their lifts were good and they have good speed and matching lines. If they'll keep improving on this I can see them being really competitive.
ETA: Why was the FS score so low?
Last edited: Dec 11, 2021

Can someone point me to the video for E/B's free skate??

clairecloutier said:
Can someone point me to the video for E/B's free skate??

Thanks @Sylvia. Efimova/Blommaert LP is at about 4:16.

Not everyone on the three-member board recognizes the aforementioned lack of impetus, perspective and development in pairs skating, as does the Munich headquarters. DEU Vice President Reinhard Ketterer, responsible for competitive sports, says: "They didn't involve me, and I wouldn't have agreed." He also does not see the reason for the termination. Also, for Ketterer, 73, for many years head state coach and federal base director in Berlin, the task of a federal coach lies not only in the technical supervision of top couples, but in the exchange and empowerment of coaches in other places, in the search for young talent and the content of the German figure skating king discipline. Sometimes, Ketterer readily admits, artistic nature runs counter to bureaucratic procedures: "König is rather pragmatic, he does things without paying attention to structure." But the retired national coach himself would be the last to deny that: "I admit, it's not always easy with a free spirit like me," says König. "If the DEU thinks it can do better without me, that's okay, too."
Click to expand...

Minerva Hase and Nolan Seegert, fifth at the 2020 European Championships, will stay in Berlin until Christmas after the German Championships in Neuss before flying back to Russia, and Alexander König will accompany their training. The DEU may no longer need his services - the pairs skaters apparently still need him very much.
Click to expand...

Hase/Seegert had maybe the best FS in their career.

The only thing I do not get is why they use their old costume from former programs. The green one they wore in Vancouver and Nebelhorn was beautiful! This one just looks uninspired and similar to their SP dress.
J

As expected, no surprises.
Additionally olympic team spot for 🇩🇪 got confirmed! 💪

As expected, no surprises.
Additionally olympic team spot for 🇩🇪 got confirmed! 💪

Very happy to hear that the German NOC has approved their participation in the TE!!!!
J

Karen-W said:
Very happy to hear that the German NOC has approved their participation in the TE!!!!
Click to expand...

Well, actually they got the confirmation by ISU that they are amongst qualified teams.
NOC has still to approve yet.
S

Jeschke said:
Well, actually they got the confirmation by ISU that they are amongst qualified teams.
NOC has still to approve yet.
Click to expand...

Do they have to confirm before or after Euros?

sandra_persch said:
Do they have to confirm before or after Euros?
Click to expand...

Deadline for the NOCs to confirm is tomorrow.

The DEU put out this press release yesterday, confirming their nominations to the DOSB for the Olympics:

The DEU team for the Olympic Winter Games 2022 Beijing:
(subject to nomination by the DOSB)

If Hocke/Kunkel achieve the Olympic standard at Euros, they will be named as alternates for Pairs. 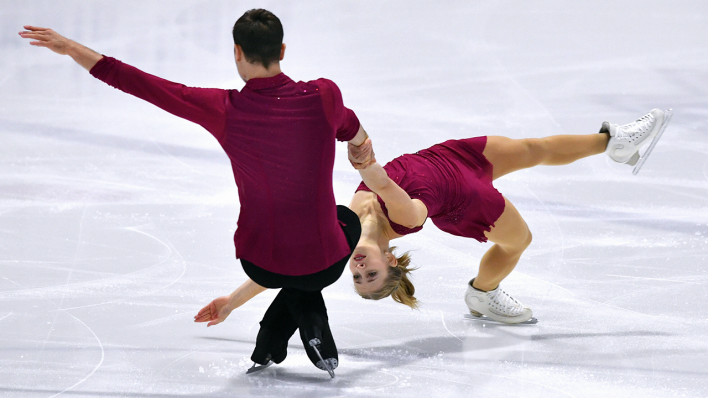 In the video you can see König and Rex in the background.
In the vid Hase says, they are very satisfied with the season, never been so strong, win of DEU Championship icing on the cake.
Nolan: Training in Russia takes them further, Russian Pair skating is very strong, they train with Pairs that are equally good or mostly better.
Hase: You sacrifice everything just for getting there, and now we are glad, that everything worked out. Somehow, we achieved our goal [with ticket to OG].

Excerpts from the article, maschine translated and slightly edited:

Seegert: "You know your travel case by heart at some point." The 29-year-old is standing on the ice at the Sportforum in Hohenschönhausen. The Berliner and his figure skating partner Minerva Hase used to train here all the time. In recent months, things have been different. Since September, the best German pairs skaters have now been commuting between their home country and Sochi.

"You get used to it - somehow," says Hase, "but it was quite a lot of stress in the beginning." There are no direct flights from the German capital to the spa and health resort on the Black Sea. The route to the ice rink of choice leads via Moscow - including at least three to four hours at the airport.
Click to expand...

"We're very, very happy with the season so far," says Hase, "we've never started so strong." They're more consistent than in years past. "We've never had so many competitions with over 180 points."
Click to expand...

"The Russian skating school is very successful - especially in pairs skating," says Seegert. Most of the athletes on the ice in Sochi are just as good or even better. It is a daily challenge, yes: the missed thrill.
Click to expand...

The plan up to the Games has already been drawn up. As usual, it includes a lot of flying. Since Tuesday, Hase and Seegert are back in Sochi - with a slight delay. The corona-related entry regulations had changed and prevented the actual arrival on Boxing Day at short notice. Now the preparation for the European Championships in Tallinn, which will be the dress rehearsal before the Olympic Games starting on January 10, is underway on the Black Sea.
Click to expand...

The other stages from mid-January: dressing with the Olympic team in Munich, final fine-tuning in Sochi, a short stopover in Berlin and finally the flight from Frankfurt to Beijing. There, Seegert and Hase are the great hopes of the German Skating Union (DEU). As the only DEU starters, they are expected to reach the top ten or even eight.
Click to expand...

Top 10 would be nice. We'll see. OG are alway special. Nobody had Liebers back then in top 8.
You must log in or register to reply here.