Congress passed a bill Thursday [October 1, 2020] that aims to protect Olympic athletes from abuse.
The Empowering Olympic, Paralympic, and Amateur Athletes Act of 2020 gives Congress the power to decertify both the U.S. Olympic and Paralympic Committee and the governing bodies for individual sports. It calls for more funding for the U.S. Center for SafeSport, the nonprofit that polices sexual abuse in Olympic Sports; confidentiality for whistleblowers that come forward to report abuse; and for more athletes on governing bodies.
The bill also sets up a bipartisan blue-ribbon committee to do a top to bottom review of the USOPC. This idea was championed by Republican Sen. Cory Gardner and Democratic Rep. Diana DeGette.
“Establishing this 16-member commission, at least half of whom will be Olympians or Paralympians, will give athletes a seat at the table and ensure the U.S. Olympic Committee’s presence in Colorado grows even stronger,” Gardner said in a statement.
The USOPC had been working on reforms, even before Congress got involved. But DeGette said the bill was about “making good on our promise to protect [Olympic athletes].”
Click to expand...

The bill stems from a number of high-profile sexual abuse cases that shined a spotlight on the Colorado Springs-based USOPC’s failure to protect its athletes.
Kansas Republican Sen. Jerry Moran and Connecticut Democratic Sen. Richard Blumenthal introduced the bill after an 18-month bipartisan investigation into systemic abuse within the U.S. Olympic system. The bill passed the Senate in August.
“We are grateful to our colleagues in the House who advocated for this bill, and we look forward to the president signing this legislation into law to institute and enforce these reforms so all athletes can participate in the sport they love without fear of abuse,” they said in a joint statement.
Click to expand...

Statement from the U.S. Center for SafeSport on the “Empowering Olympic, Paralympic, and Amateur Athletes Act of 2020”

In response to the U.S. House of Representatives’ passage of the Empowering Olympic, Paralympic, and Amateur Athletes Act of 2020, Ju’Riese Colón, Chief

In response to the U.S. House of Representatives’ passage of the Empowering Olympic, Paralympic, and Amateur Athletes Act of 2020, Ju’Riese Colón, Chief Executive Officer of the U.S. Center for SafeSport, released the following statement:

“The U.S. Center for SafeSport fully supports the Empowering Olympic, Paralympic, and Amateur Athletes Act of 2020 and applauds its passage by the House.

“This important legislation, among other things, prioritizes athlete safety and reinforces the Center’s independence, ensuring athletes can continue to have a centralized, safe, and confidential place to report abuse and misconduct. By providing consistent funding, this bill also will sustain the Center’s ongoing work to put athlete well-being at the center of the nation’s sport culture.

“The Center also wishes to recognize the bill’s sponsors, Senator Jerry Moran (R-Kansas) and Senator Richard Blumenthal (D-Connecticut), as well as Chairman Roger Wicker (R-Mississippi) and Ranking Member Maria Cantwell (D-Washington), for their leadership in the Senate Committee on Commerce, Science, and Transportation; for their steadfast efforts on behalf of athletes; and for leading the effort in the Senate to establish safeguards that will protect millions of athletes from abuse.

“Above all else, we are grateful to the athletes who courageously shared their stories so that all athletes can participate in sport free from abuse.”

We look forward to this bill being signed into law.

The Empowering Olympic, Paralympic and Amateur Athletes Act passed the Senate by unanimous consent Tuesday. The bill, which was introduced in July 2019, had bipartisan support, and lawmakers are hopeful for a quick passage in the House.
The bill gives Congress the ability to dissolve the USOPC’s board of directors and to decertify individual sports’ governing bodies for their failures. It also calls for an oversight commission charged with a top-to-bottom examination of the USOPC and the 1978 Amateur Sports Act; aims to increase athlete representation in governing bodies; and calls for more funding and independence for the U.S. Center for SafeSport, the government-created entity charged with policing and preventing sexual abuse in Olympic sports.
Click to expand...

The bill calls for the USOPC to provide $20 million annually in funding for SafeSport, a significant increase for a nonprofit that receives no government funding. The USOPC contributed $7.5 million in 2019 and $11.5 million this year, and it had recently been urging Congress to help fund the center directly. The bill also calls for SafeSport to maintain a compliance office and make public a list of banned athletes, coaches and officials (which is available on the center’s website).
Click to expand...

This bill has not been signed into law yet: https://www.congress.gov/bill/116th-congress/senate-bill/2330/related-bills 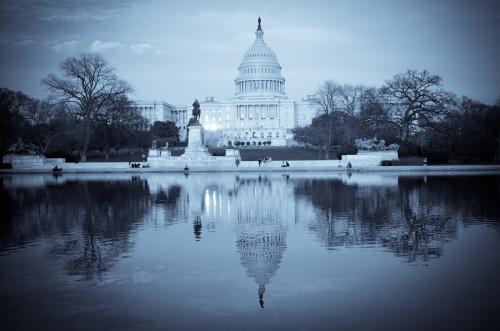 Senators Moran and Blumenthal issued a statement upon the passage of the law: “This law would not be possible were it not for the athletes and courageous survivors who traveled to Washington, shared their stories and demanded change so that future generations of athletes can train, compete and succeed without fear of abuse. We are grateful to our colleagues, athlete advocates and the many survivors who helped create and advocate for this law to bring about change in the Olympic movement and allowed us to keep our promise to the survivors to get this bill across the finished line.”
Click to expand...

Zimmerman suspended for 2 years by U.S. Center for SafeSport
7 8 9

A
Congressional Proposal For USOC Overhaul