The translations of her comments and narrator’s questions.
Question: how often do you train off ice in a gym?
Trus: Twice a day, every day. During summer camp either Sergey Viktorovich (Dudakov) or less often Daniil Markovich (Gleikh) are present with us.

Question: which one is more fun to train with?
Trus: it’s actually Eteri Georgievna. We compete with each other (on the floor) which can do more single Axels in a row. My records are 42 axels and then 50 axels. Last time we did it, I won! We girls do compete like that. But the boys don’t.
Question: are you better jumper than your coaches?
Trus: (makes face - “no comment”)
Trus: (demonstrates a belt “it’s to train arms’ muscles”. Shows how she does pull-ups on a bar)
Question: can we expect a 5X jump from you anytime soon?
Trus: I first need to do the quads well, and be physically read. For now the coaches won’t let me try (5X).
Question: do you (girls) compete on social media who has more subscribers/fans?
(screen-shot of their accounts: Anna 46K , Sasha 79K, Aliona 33K)

Trus: Yes, we did compete when it was about equal. But now it is all different direction. I mostly competed with Daniil Markovich (Gleikh), until my IG account was (strangely) deleted due to not being yet 13. Although I was already 13 when I opened the account…. We tried to reinstate it but could not. I just don’t know….. my following was grown very rapidly at that time (makes face, hinting something was not right).

Question: which skaters did you cheer for at the last Worlds?
Trus:
Question: if later you were asked what do you remember the most about your child-hood?

Trus: how well I skated on ice. 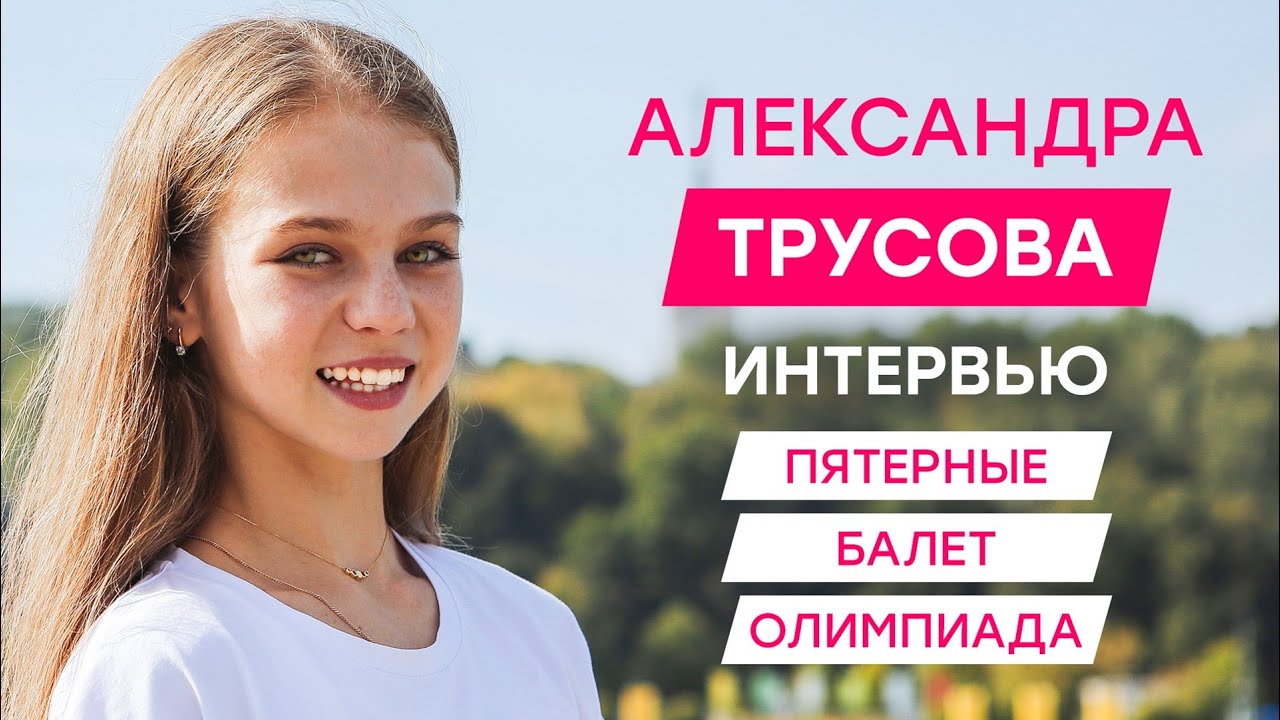 I hope she has a breakout senior season, GPF, Euros, Worlds, because it seems like we have been waiting forever for her to be senior eligible and I hope she gets these wins out of the way. I would not mind her getting the OGM but it is luck to peak at the Olympics, let alone in the right set of performances, Team vs Ladies.
J

Even she hated the final season of GOT.

Love the fact the girl is really into Nathan Chen

olympic said:
Love the fact the girl is really into Nathan Chen
Click to expand...

I don't know ANY russian figure skating fan or skater who does not love Nathan Chen..

She just wants to out-jump him.. After winning her GP debut at Skate Canada International, Trusova sat down for a video interview with the Olympic Channel on Sunday (2 mins.):

Quad-jumping teen Alexandra Trusova already looks like the skater to beat this season, and she has a special incentive to master the triple Axel.

Here's her sbs 4T with Hanyu at the gala practice:

The Skating ISU Channel uploaded some of her comments after she won (includes English subtitles): 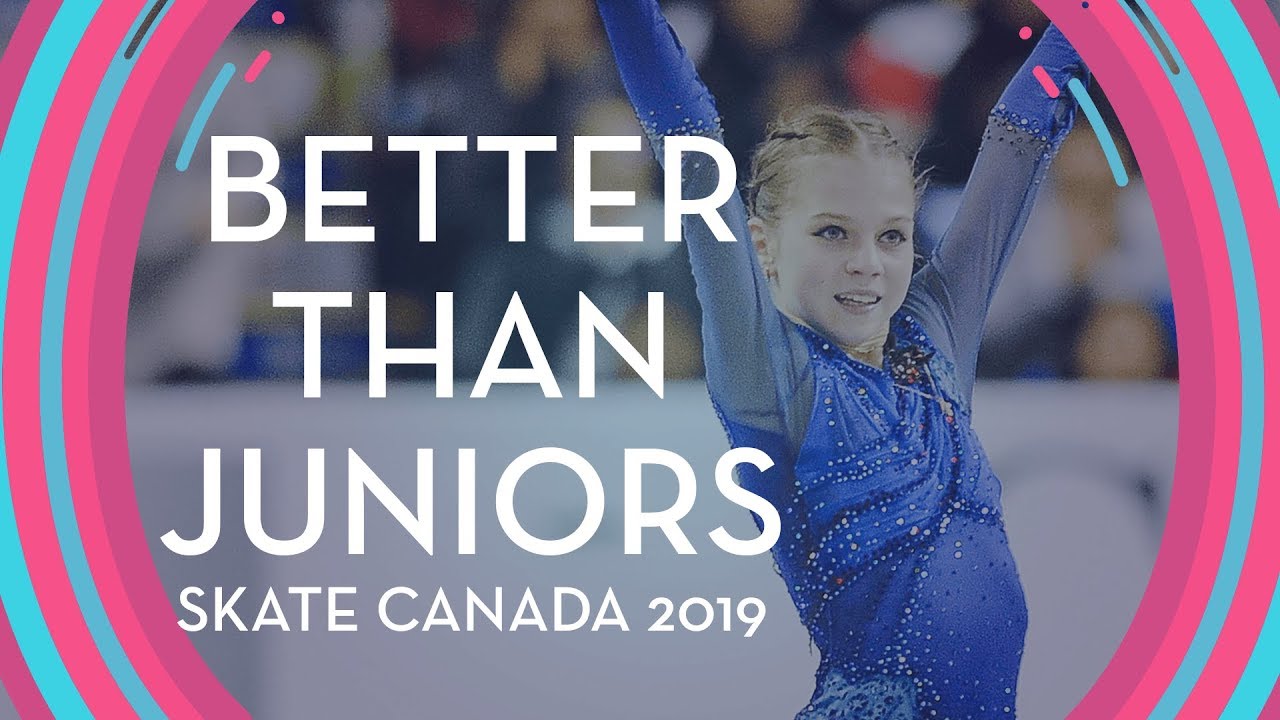 She has uploaded a longer interview (7 mins.) from Kelowna on her YT channel: 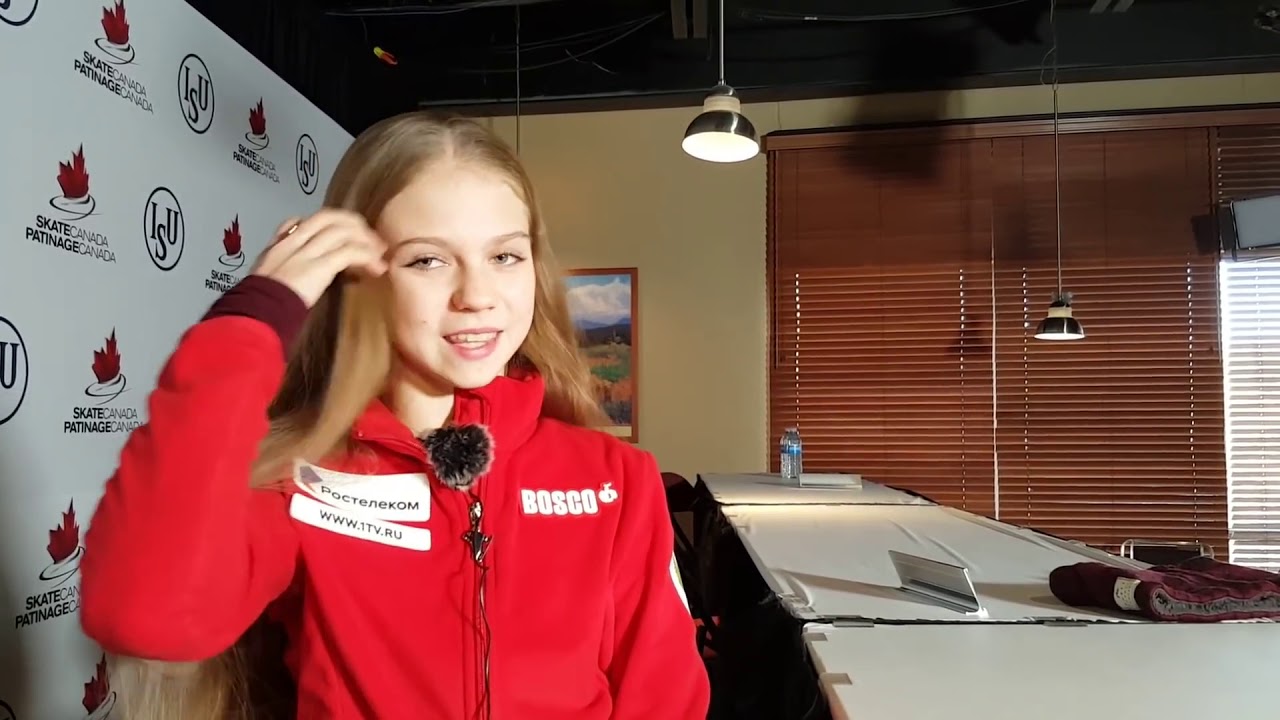 Sylvia said:
She has uploaded a longer interview (7 mins.) from Kelowna on her YT channel:

Thank you, Sylvia!
The interview has decent translation, but it misses some "interesting twists" in a few places. for example...

. Sasha was asked by Tanya F. about "having a male/man's mentality/character" (@4:23) when it comes to handling quads..

(not "what is your character" as it was translated).. Sasha gave a PC answer "i can't asses myself, maybe others can"..

Tinami Amori said:
I don't know ANY russian figure skating fan or skater who does not love Nathan Chen..

She just wants to out-jump him..

On Ice Perspectives ❄️🎥 on Instagram: “@avtrusova is Unstoppable (so is this song) __🎥 by Jordan @oniceperspectives Who wants to see more shots like this from more #GPFigure gala…”

www.instagram.com
You must log in or register to reply here.