Figure Skating in Detroit Celebration of Youth Gala on Thursday, May 13th at 7pm ET (to be livestreamed here):

Figure Skating in Detroit Celebration of Youth Gala May 13th

Registration for Our Virtual Gala on May 13th at 7pm ET
givebutter.com

This year’s production is jaw-dropping with performances by our beginners and star skaters, a fireside interview with Elladj Balde, appearances by Detroit Symphony Orchestra, NuClassica and hosted by Tati Amare! Join us as our girls dance on ice! Come out and celebrate our amazing skaters as they boogie, conga, waltz, and shimmy through decades, genres, and icons of dance. Dancers, much like a skater, are not only defined by their technique, skill, or ability to pick up choreography but by their confidence and connection with the audience. Our girls will perform as if they traded in their skates for their dancing shoes. All donations will go towards Figure Skating in Detroit.
Click to expand... 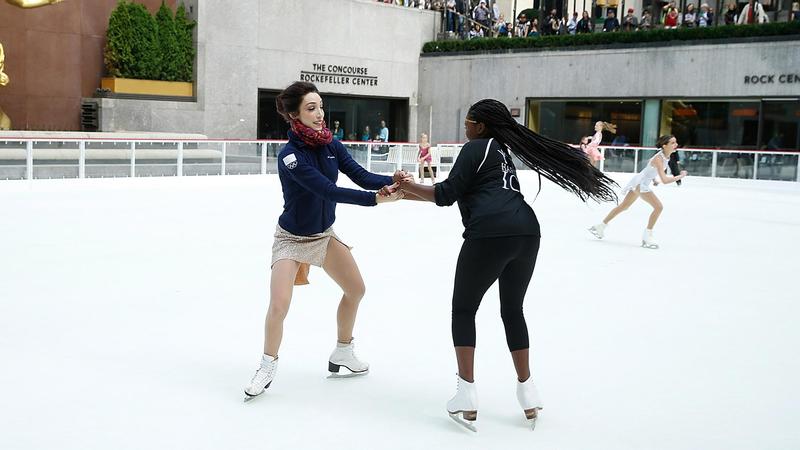 When Meryl Davis heard Figure Skating in Harlem (FSH) was considering branching out to a second city, she used her staple charm and conviction developed over her storied competitive ice dance career to convince the organization's founder to consider her hometown of Detroit.

Davis won the metaphorical gold medal in that race for the program's expansion, and Figure Skating in Detroit was born in 2016.
Both Figure Skating in Harlem, founded by Cohen in 1997, and Figure Skating in Detroit combine the powers of sport, specifically figure skating, and education for young women of color to "build champions in life."
"I think Detroit is the perfect place for a program like this, both because there's need and because there's an incredible figure skating community," Davis, the 2014 Olympic ice dance champion with Charlie White, explained. "The opportunity is certainly there to impact the lives of young people in the city of Detroit, and yet in the greater Detroit area we have this incredible figure skating community and history."
Click to expand...

Now in its fourth full year of programming, Detroit had its first graduate last spring, who is now a freshman in college and decided to work for the organization as Figure Skating in Detroit's social media intern, which Davis said was, "such a wonderful testament to her experience in the program and the belief she has in the program."
Figure Skating in Detroit has ambitious goals as it continues to develop and grow, including connecting further with local companies to maximize its impact in the area. Despite still being a young organization, though, Davis noted she continues to be impressed by what they have accomplished so far, especially the staff's ability to adapt and pivot over the past year.
"I'm just really proud of the work that they've done to continue to serve our girls," she said. "In 2020, the Detroit team connected with Sharon to figure out how we could serve our girls when everything was shut down, when the girls weren't in school, when they weren't able to get on the ice. We connected with our parent organization to find ways to continue serving and impact these girls on a regular basis, despite the fact that the world was a very different place than the one we were accustomed to. I've been incredibly impressed by the team's ability to do that."
Click to expand...

More about Alyvia, the young poet/skater, and her coach Kameryn Everett, who both are featured prominently in the IMPACT episode: 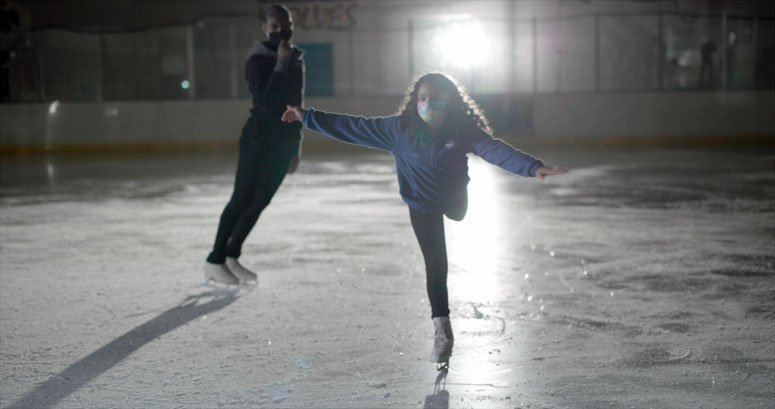 She’s a poet, a skater and a schoolkid

If the world needs another superhero, it could choose Detroit’s Alyvia Lockett. She’s a skilled poet, a budding figure-skater … and an elementary-school student. “It’s a shame that an 8-year-old h…
www.mikehughes.tv
Excerpts:

If the world needs another superhero, it could choose Detroit’s Alyvia Lockett.
She’s a skilled poet, a budding figure-skater … and an elementary-school student. “It’s a shame that an 8-year-old has to tell you this,” she says in a poem about violence.
Or maybe it could choose Kameryn Everett, 20, her coach. (They’re shown here.) “I know that Alyvia looks up to (her) so much,” said Vanessa Roth, producer and director of “Impact,” which arrives Monday (April 26) on National Geographic’s YouTube channel.
Click to expand...

... fresh opportunity came when Figure Skating in Harlem – which has been around for 20 years – created its first offshoot, Figure Skating in Detroit. Everett – an Oakland University student, majoring in exercise science – teaches there.
As a young skater, listings show, she won first-place in six categories and placed in many more. Now she teaches kids as young as 6.
“It honestly took until last year for me to really realize: Like, ‘No way, I have impacted hundreds of girls and I’m just still young,” [...]
One of those girls is Alyvia. “She is very articulate,” Everett said. “She is very bold and strong with her poetry.”
The film opens with one of her poems and ends with her saying that she’d just had a dream about skating to one of her own poems. “We’ll make it happen,” her mother says. And then it does.
Click to expand...

Sylvia said:
Figure Skating in Detroit Celebration of Youth Gala on Thursday, May 13th at 7pm ET (to be livestreamed here):
Click to expand...

ETA: Elladj Baldé chats with 3 Figure Skating in Detroit program skaters from ~20:30 to 34:00 in the video.

Meryl Davis was featured in this local news preview of the gala: 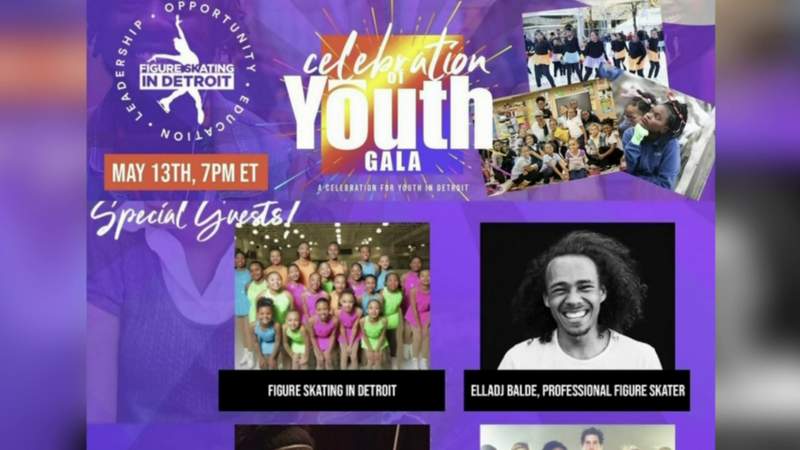 Young Detroit figure skaters will get to show off their abilities Thursday night during the Celebration of Youth Gala, a fundraising event for Figure Skating in Detroit.

www.clickondetroit.com
Last edited: May 14, 2021
You must log in or register to reply here.