@Eislauffan 'a article from the January/February 2021 issue of International Figure Skating Magazine (thank you!

“Do you know the lyrics from a famous Soviet song: ‘There is only a moment between past and future and this is what is called life?’ This is how life goes by, moment by moment,” he mused. “I’ve been in figure skating for 64 years and during this time a lot has changed. Figure skating, like life in general, is subject to change. To me, the situation with the coronavirus influenced the sport to a lesser extent than the elimination of figures or the introduction of the new judging system.

“However, I think you can compare the coronavirus to these two events. It is a tremor, like an earthquake with a certain magnitude on the Richter scale. But, as with the elimination of figures, the new judging system has passed and this will also pass.
“Other coaches might complain, but I am continuing to work just as I did before. It is interesting for me to organize the training process under non-standard and non-traditional conditions. A number of experts said that the athletes will not be able to jump after the quarantine, but they started to jump at the first practice, and at the 10th practice the work was back to normal. You need to find something positive in everything.
“For example, how does life normally continue at the end of the season? Everyone quickly travels to shows, then takes a rest and then goes somewhere else, either to learn new elements, get new programs or new costumes. We have been running somewhere all the time, like horses with blinders. The confinement and the fact that it was not possible to prepare for the season in the usual rhythm, allowed the skaters to think, to take the blinders off and look around.
Click to expand...

“When I remember my students, I say thank you to Urmanov that he helped me to become the coach of an Olympic champion. Also to Yagudin, who allowed me to become the coach of a World champion. And thank you to Plushenko, Tuktamysheva, and Artur Gachinski for their talent and hard work that helped me become a better coach. The gratitude is better inside and not expressed by waving hands in the air, hugs and passionate kisses in front of a camera like the general secretaries in Soviet times.”

Mishin is especially proud of Tuktamysheva who, like himself, has forged ahead despite the odds. “You have to say thank you to Lisa. She is now a significant person in the world of figure skating. She is the guiding star for a lot of girls who left childhood behind them, who became young ladies and want to continue skating,” he said. “She is an example of someone who can skate well who is not a child.”

The most recent and somewhat surprising addition to Mishin’s stable is Kolyada, who made the coaching change in June. “As a coach, I have a difficult task, but the situation is not new for me. I went through this with Plushenko when he made his comebacks in 2010 and 2014, and also with Carolina Kostner,” Mishin explained. “I also had this same experience with Gachinski, but it was unsuccessful. With Tuktamysheva, there was a time when she placed like 10th and basically was unable to skate. My experience has taught me not to rush.
“At this moment, I am seeing the project Misha Kolyada for two seasons — this one and the next. Right now, I see my task in making some corrections to his jump technique. There are some details in his habits that cause him to open jumps early. In my whole career as a coach, when I took on an athlete I never promised medals, I just promised my work. We will see what comes out of it. This is a challenge for me. I can say that the appearance of Kolyada in my group has in some way increased my interest in the practice sessions. This interest has rejuvenated me.”
Click to expand...

When asked what he considers the happiest moment in his long career to date, Mishin replied: “That moment has not yet come. Maybe it will, when I am at the end of this career.” Likewise, he could not cite his biggest disappointment. “Probably I have not had any major disappointments, but I will mention that Tuktamysheva did not yet get to go to the Olympic Games.”
Click to expand...

Although he will turn 80 in March, Mishin, who was inducted into the World Figure Skating Hall of Fame in 2017, said he has no thoughts of retirement. “My plan is simple: Wake up in the morning and feel good. Jump in the car, drive to the rink, delve into the programs, the jumps and spins, the successes and failures of my students; go to competitions; read dissertations and write another chapter of my memoirs.
“In the words of my father, who lived to age 95: ‘There are no old people, only long-living people.’
Click to expand... 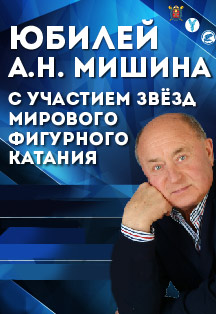 I love it all but this was my favorite part:

“When I remember my students, I say thank you to Urmanov that he helped me to become the coach of an Olympic champion. Also to Yagudin, who allowed me to become the coach of a World champion. And thank you to Plushenko, Tuktamysheva, and Artur Gachinski for their talent and hard work that helped me become a better coach. The gratitude is better inside and not expressed by waving hands in the air, hugs and passionate kisses in front of a camera like the general secretaries in Soviet times.”

I like to see the hand-waving, hugs, and kisses too, and the heart-hands both literally and in plushie form lol, but I am more of a keep it insider myself, so it's good to have Mishin out there waving the flag for us. And the gratitude to his students is so gracefully expressed.

mjb52 said:
"The gratitude is better inside and not expressed by waving hands in the air, hugs and passionate kisses in front of a camera like the general secretaries in Soviet times.”
Click to expand... His face in the bottom one is my favorite...

(there's another one at the end of the sequence too!)
You must log in or register to reply here.