once_upon said:
One of the governor candidates keep harping on the crisis at our borders.

I yell at the TV... we don't have a crisis. Ask Ukraine what a true crisis is.
Click to expand...

We're having a republican primary here (for Porter's seat) and their ads talk about Mexico. We're in Ohio, stupid. You should want them to come up here and get a job at one of the fast food places that always close early because of lack of workers.

That hillbilly moron, JD Vance, is going to finish the wall and "end welfare for illegals". In the first place, "illegals" is not a noun. AND, if I don't change the channel in time, I yell at the t.v. "they don't get welfare, you idiot".
Last edited: Mar 20, 2022

I’m sure many of the republicans would be happy with immigrants who got visas. The issue is treating people who don’t get visas the same or better than people who do. What should America do about all the people in America without visas? Deport or amnesty.

They might be right-wingers, but they met in the middle of this stage. Two Republican candidates to represent Ohio in the U.S. Senate nearly came to blows at a debate Friday night. Career politician Josh Mandel called investment banker Mike Gibbons a “p---y” under his breath at the end of the... 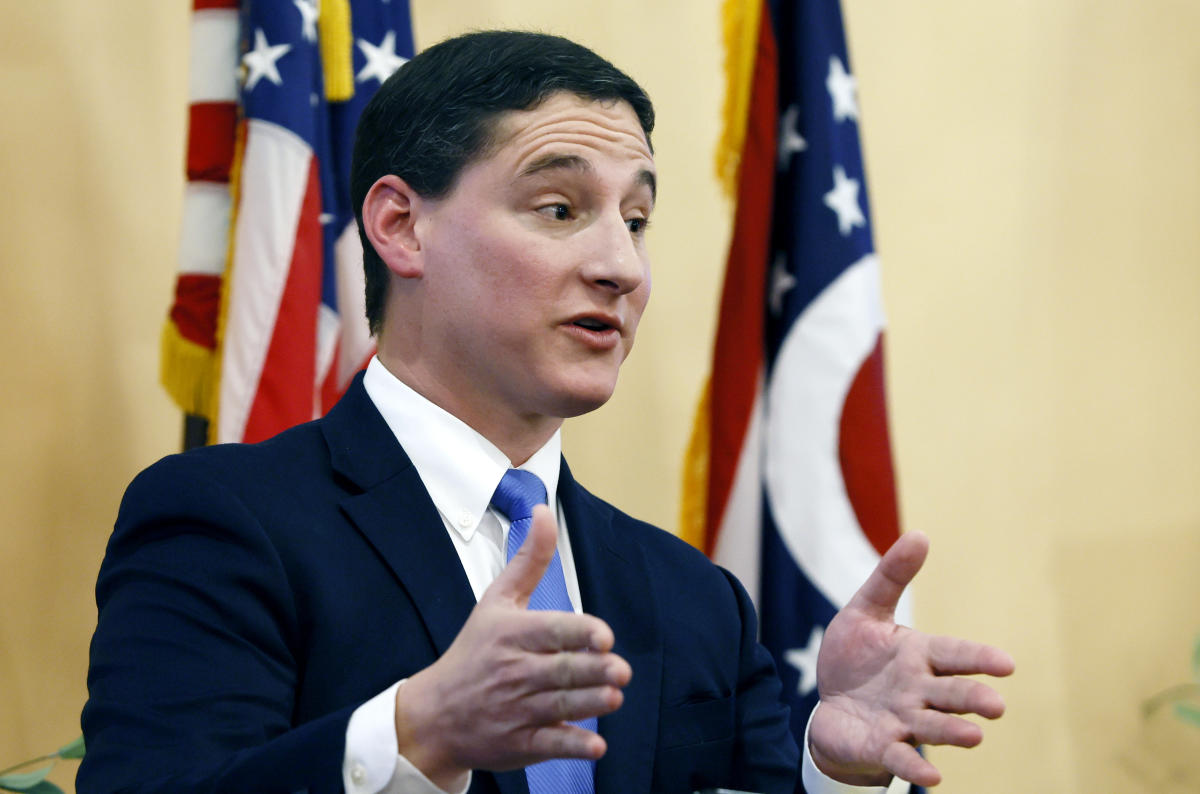 A near-physical altercation in the nasty Republican primary for U.S. Senate in Ohio led to a demand Monday from some military veterans that one candidate apologize for his seeming insult, while the target of their request said he respects and honors the military but stands by his statement. The... 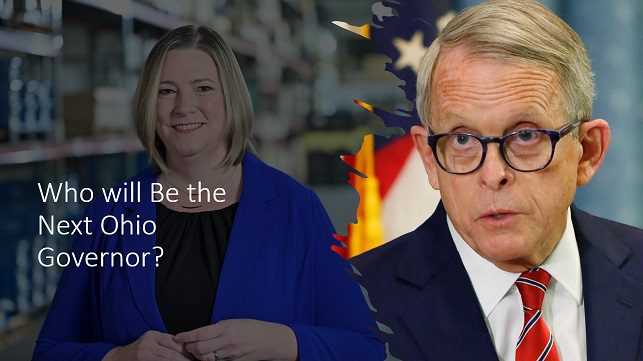 crowdwisdom.live
I already saw an ad for the guy from Cincinnati. A Democrat. But our Mayor Nan is ahead of him. I wish someone would call and poll me. Will they still have a primary if our maps aren't done in time?

Holy crap. The Nebraska Republican Governor primary race is getting even uglier.

One is said to have knowingly hired undocumented workers to avoid taxes. He is endorsed by Ricketts and Larry the Cable Guy

One is said to have businesses in another state to avoid paying Nebraska taxes. He is endorsed by Ne. Lt Governor (I never knew his name, still don't) and by 8 or 10 State Patrol Officers in uniform in ads (which I think is a violation)

One is said to have passed legislation to increase gasoline.

I've apologized to my Iowa friends. They have to listen to this crap and they don't even live in Ne.

caseyedwards said:
What should America do about all the people in America without visas? Deport or amnesty.
Click to expand...

I'd say amnesty as part of a process to bring them to citizenship. 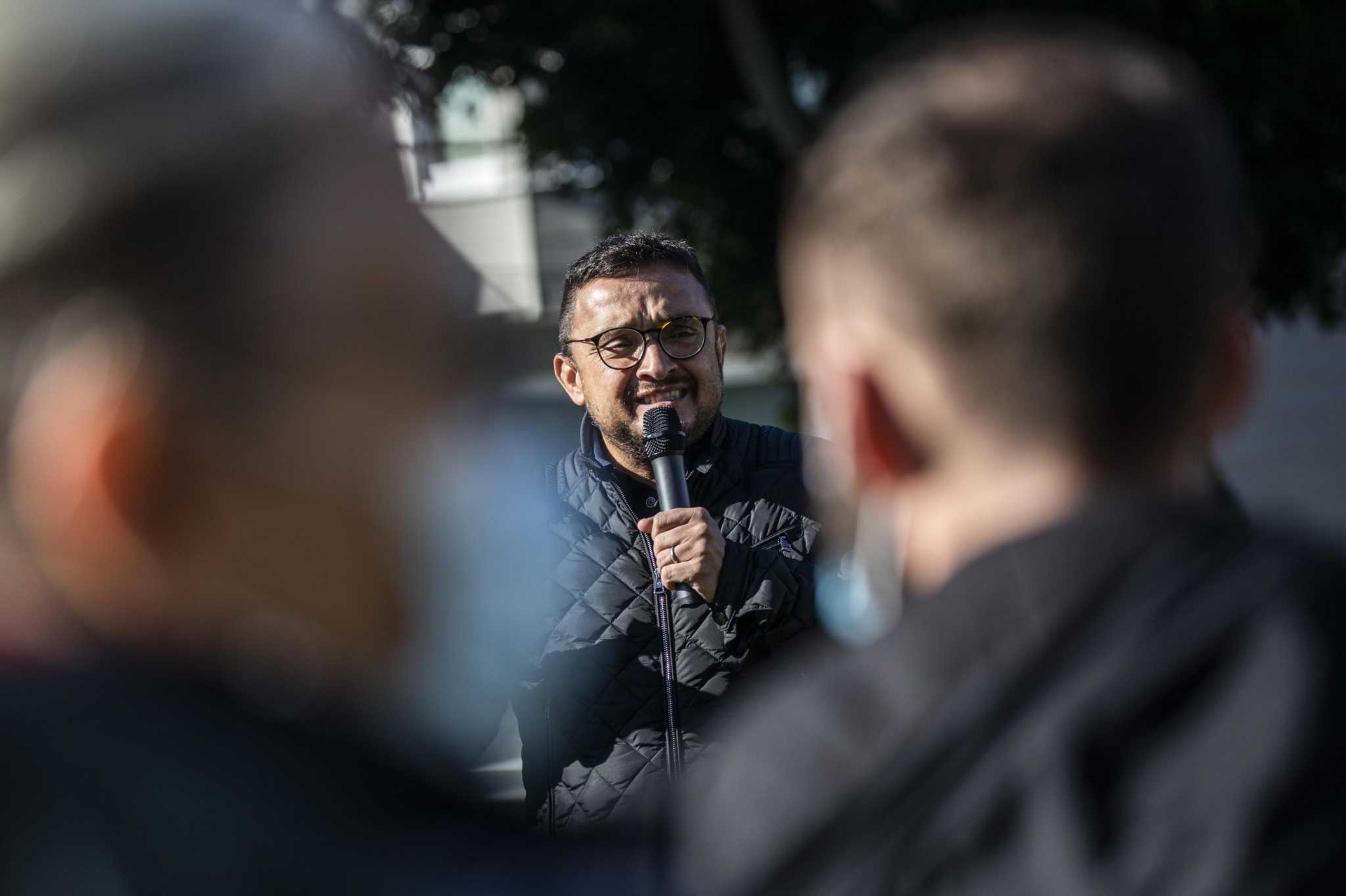 Assembly candidate Campos draws criticism for saying his campaign, like Ukraine, is ‘fighting against the odds’

Candidate David Campos on Saturday said his campaign was “fighting and running like Ukrainians,” against the odds, in his Assembly race against San Francisco Supervisor Matt Haney. Drawing immediate Twitter criticism, he protested that he would never trivialize the bloody conflict in Europe.
Click to expand...

Mar. 24—Ohio Secretary of State Frank LaRose said he directed Ohio's county boards of elections to remove candidates for the Ohio House, Ohio Senate and state political party central committees from the May 3 ballot. Central committee members are elected according to state Senate districts, he...

That means we can still vote in the Democratic primary for governor, right? "statewide" I want to vote for Mayor Whaley over the Mayor of Cincinnati. But either one has to beat the jerks on the right. Maybe they'll all just kill each other and be out of the way. 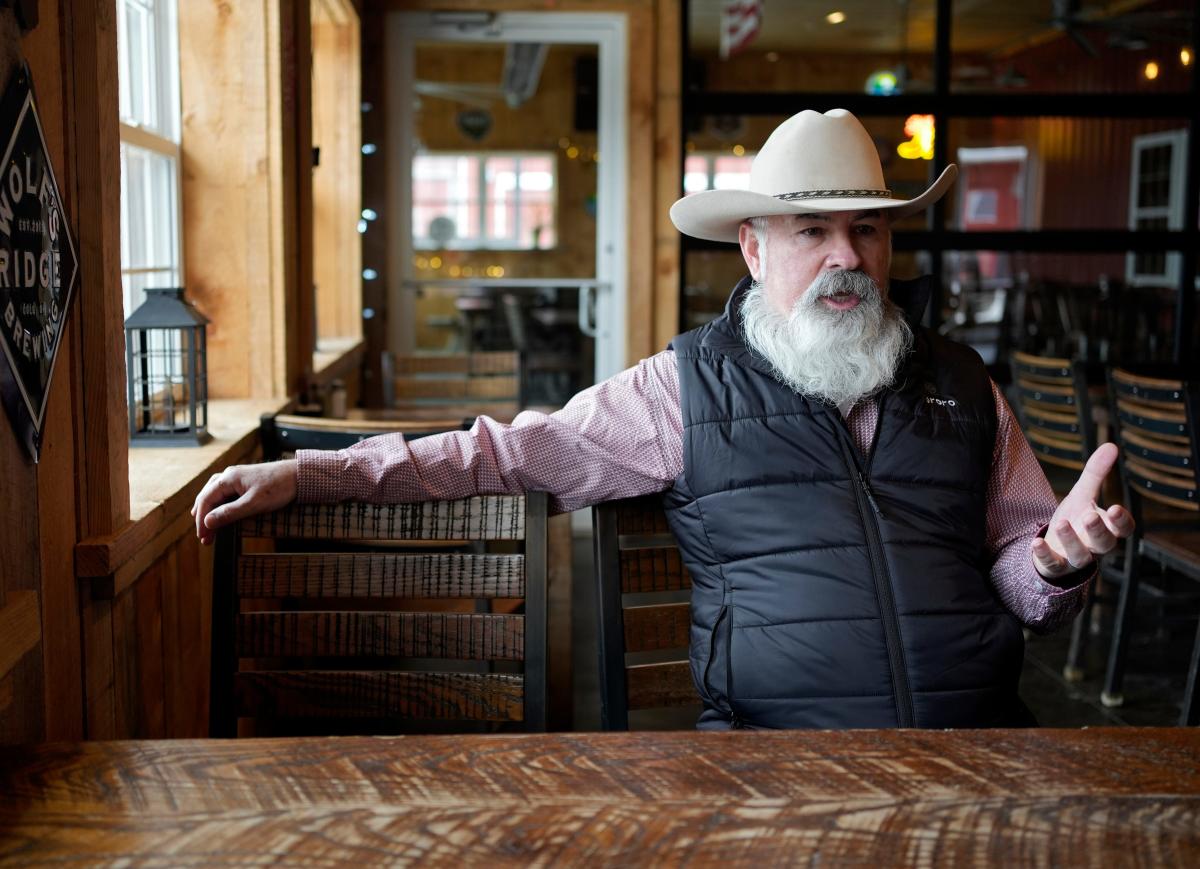 Canal Winchester-area farmer Joe Blystone's fast-and-loose approach to collecting donations for his governor's campaign might have caught up with him.

DORISPULASKI said:
A politician whose constituency makes more than $100,000 and who thinks everyone who makes less are filthy "takers," especially those who are POC or old people whose Social Security is a major part of their income.
Click to expand...

I would argue that it's the prefered constituency but not the majority who votes for them. Whether they like it or not, they got elected and gets elected by white, non-college educated voters, at least according to the statistics.

There's an ongoing investigation into TN lawmakers. https://www.newschannel5.com/news/n...er-lawmakers-subpoenaed-by-federal-grand-jury
At first glance, I thought this was about Fortenberry but it doesn't seem to be. It's getting hard to keep up.


Speaking of hard to keep up, Missouri found another prime candidate for Senate. https://www.nbcnews.com/politics/20...ric-greitens-accuses-domestic-abuse-rcna20910

The ex-wife of former Missouri Gov. Eric Greitens alleged in court documents Monday that Greitens, a GOP Senate candidate, abused her and their young son while they were married, including knocking her down and confiscating her cellphone.
Click to expand...

Do they have them stacked in a warehouse somewhere?

Fortenberry has resigned. A special election will be held in June
D

Matt Gaetz, proclaiming that he will nominate Donald Trump for Speaker of the U.S. House of Representatives if the Republicans win back the House.

Dobre said:
Matt Gaetz, proclaiming that he will nominate Donald Trump for Speaker of the U.S. House of Representatives if the Republicans win back the House.

(If that happened, I think there'd be a lot of (veiled) calls to take action against Biden and Harris).

This does not seem well for the Dems though. 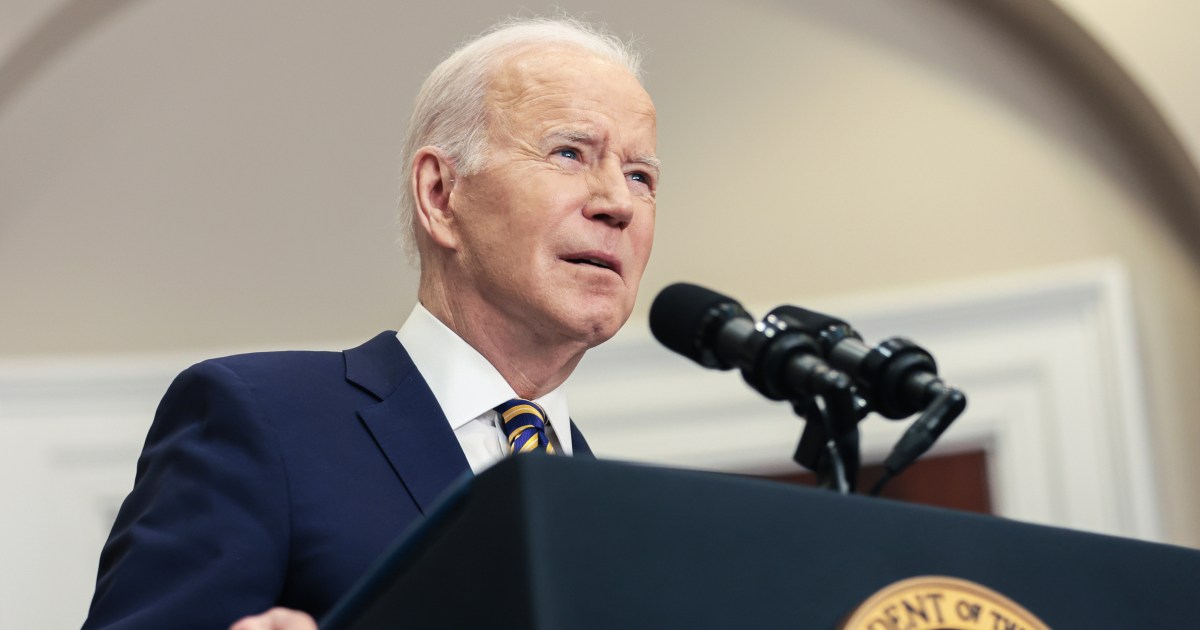 Seven in 10 Americans expressed low confidence in the president's ability to deal with Russia's invasion of Ukraine as his approval fell to 40 percent in the new NBC News poll.

Finally, when it comes to November’s midterm elections, the NBC News poll showed 46 percent of registered voters preferring a Republican-controlled Congress, versus 44 percent who said they want to see Democrats in charge. That 2-point GOP lead — within the poll’s margin of error — is the first time Republicans have held the advantage on this question since 2014.
Click to expand... 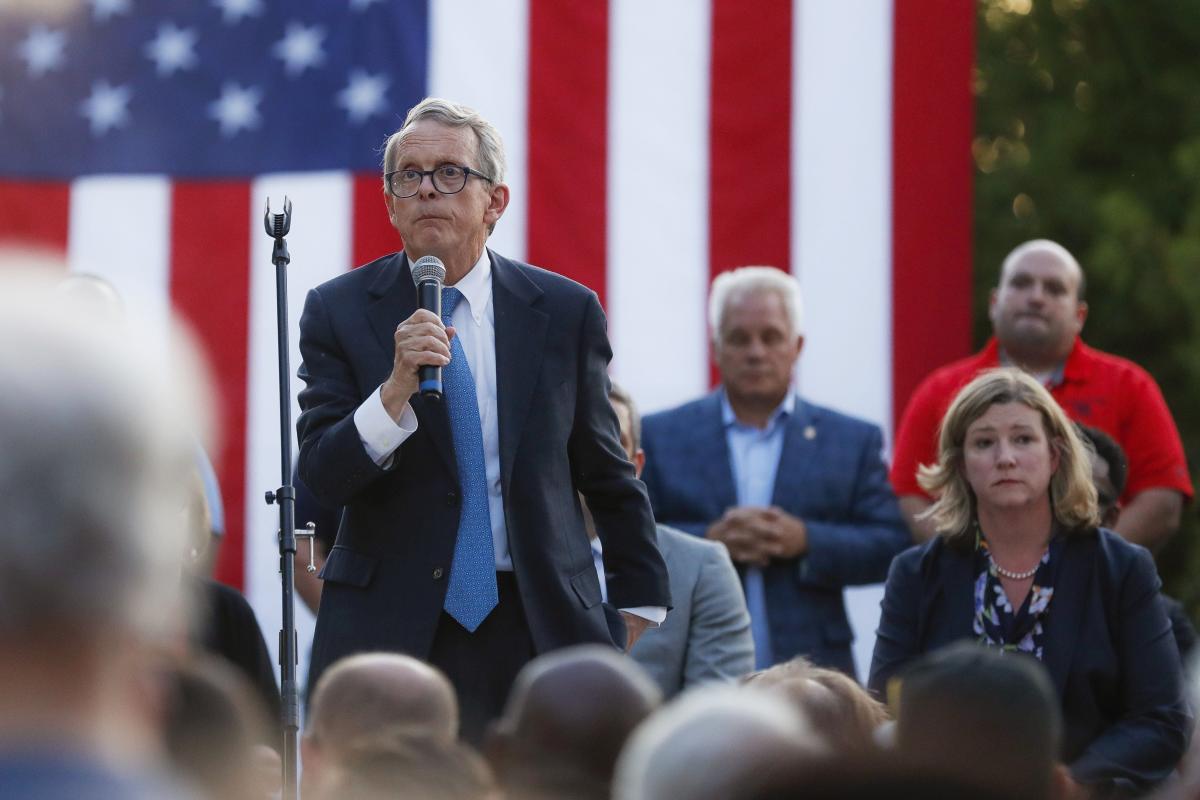 Letters: Mike DeWine's willing to jeopardize Ohioans to get reelected

www.yahoo.com
At least once a week at the beginning of the c.v. update, he noted gun deaths in Ohio, especially children. 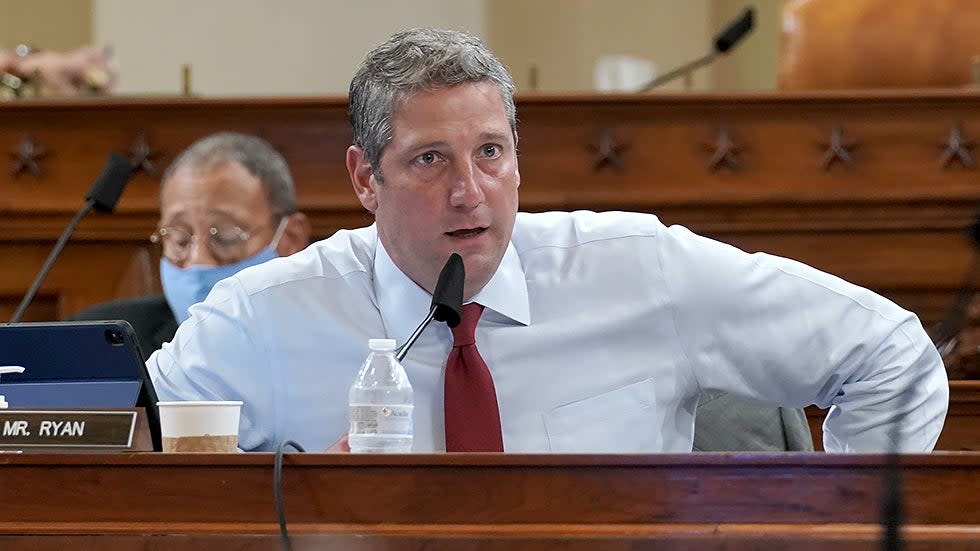 Rep. Tim Ryan's (D) Ohio Senate campaign launched a $3.3 million ad buy, marking his first of the campaign cycle.The ad buy, which was launched on Monday, includes spots that start airing this week through May 17, which is two weeks after the state's scheduled Democratic primary. The...

www.yahoo.com
It's about time. The GOPers have been running obnoxious ads for a couple months. Guess their voters are slow. And I saw one for Nan Whaley for Governor this morning. 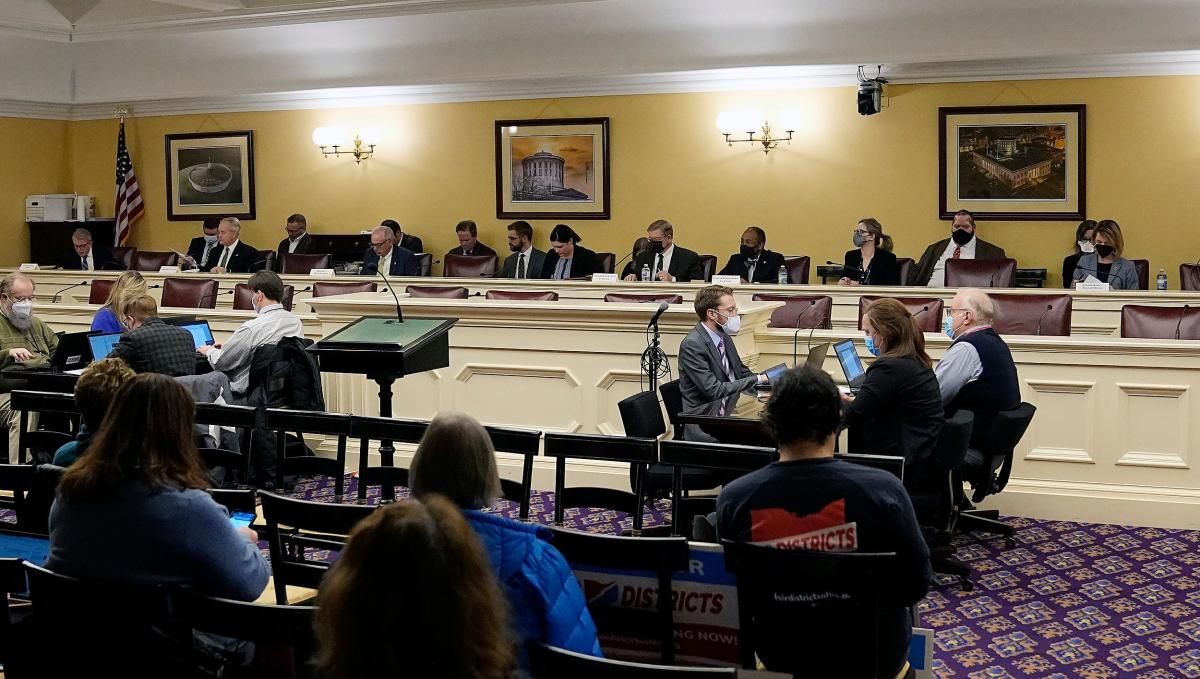 Republicans on the Ohio Redistricting Commission approved new state House and Senate maps late Monday over the objections of Democrats.

news.yahoo.com
4 times now and it still unfairly favors the GOP. Duh. If you can't win, cheat. If you can't cheat, steal. Sounds familiar.
A

Tim Ryan's campaign ads are pretty blah. Considering the money he has to spend on them I was expecting much better. So far, the only one I've seen in our local market is an anti-China ad.

Nan Whaley has the least money with the best campaign ad out of any shown here for any candidates - GOPs, Dems, Senator, Governor. Uplifting and not attacking.

Tim Ryan's campaign ads are pretty blah. Considering the money he has to spend on them I was expecting much better. So far, the only one I've seen in our local market is an anti-China ad.

Nan Whaley has the least money with the best campaign ad out of any shown here for any candidates - GOPs, Dems, Senator, Governor. Uplifting and not attacking.
Click to expand...

I love Tim Ryan, but every time I see that ad - "China, China, China", I think about all the reports of Asian Americans being attacked on the streets because of c.v. Not a good idea. 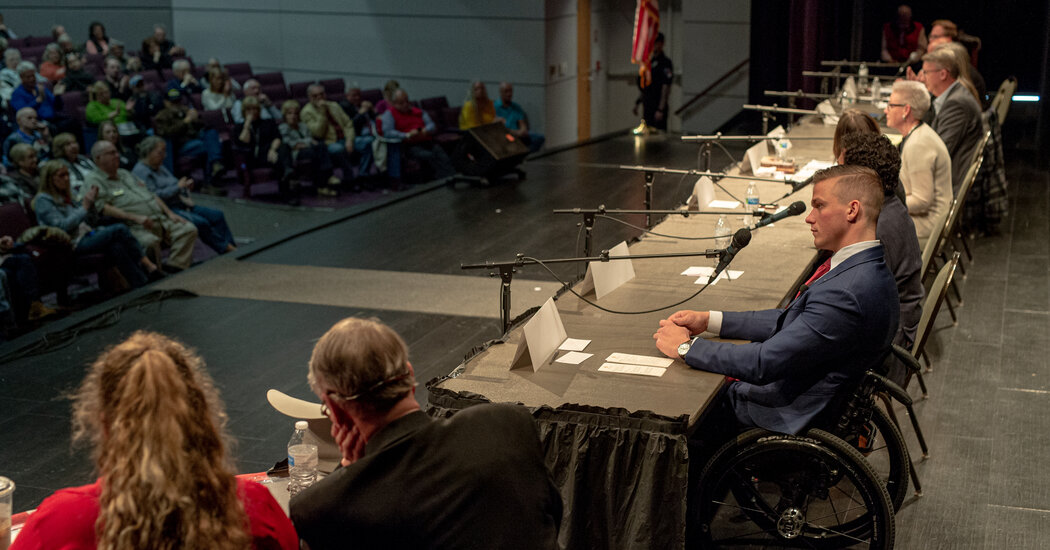 House Republicans Tire of Madison Cawthorn’s Antics. Some in His District Have, Too.

For Mr. Cawthorn, a pro-Trump North Carolina congressman, youthful brashness that helped him win his seat now strikes some voters as recklessness.

In the era of Donald Trump’s takeover of the Republican Party — when making falsehoods about an election isn’t disqualifying, when heckling a president at the State of the Union is no big deal, when attending an event tied to white supremacists doesn’t lead to exile — it may still be possible for a hard-right member of Congress to go too far.

That is the object lesson of Representative Madison Cawthorn of North Carolina, the House’s youngest member, whose bid for a second term is in jeopardy after a series of incendiary statements and personal foibles have soured many former supporters.
Click to expand...

Mr. Cawthorn, 26, called President Volodymyr Zelensky of Ukraine “a thug” and his country “incredibly evil” as Russian tanks rolled in. The congressman has made headlines for bringing a knife to a school board meeting and bringing a gun through airport security. Mr. Cawthorn, who has used a wheelchair since being injured in an automobile accident when he was 18, was charged this month with driving with a revoked license. He has a May court date on the misdemeanor count that carries jail time.
Click to expand...

It couldn't happen to a nicer guy.

On Wednesday, he did so. Afterward, Mr. McCarthy told reporters that Mr. Cawthorn admitted the allegations were untrue. The minority leader said that he told the freshman congressman that he had lost trust in him and that he needed to turn his life around.

This is one of the few times I actually believe Cawthorn.

It is in the same vein as Lindsay Graham's ladybugs.

Aussie Willy said:
It is in the same vein as Lindsay Graham's ladybugs.
Click to expand...

Which was a hoax.
I believe Cawthorn is trying to shame the RINOs, in the name of Trump

There was an interesting article about Cawthorn in the Guardian and how he is a "rising star" in the GOP. 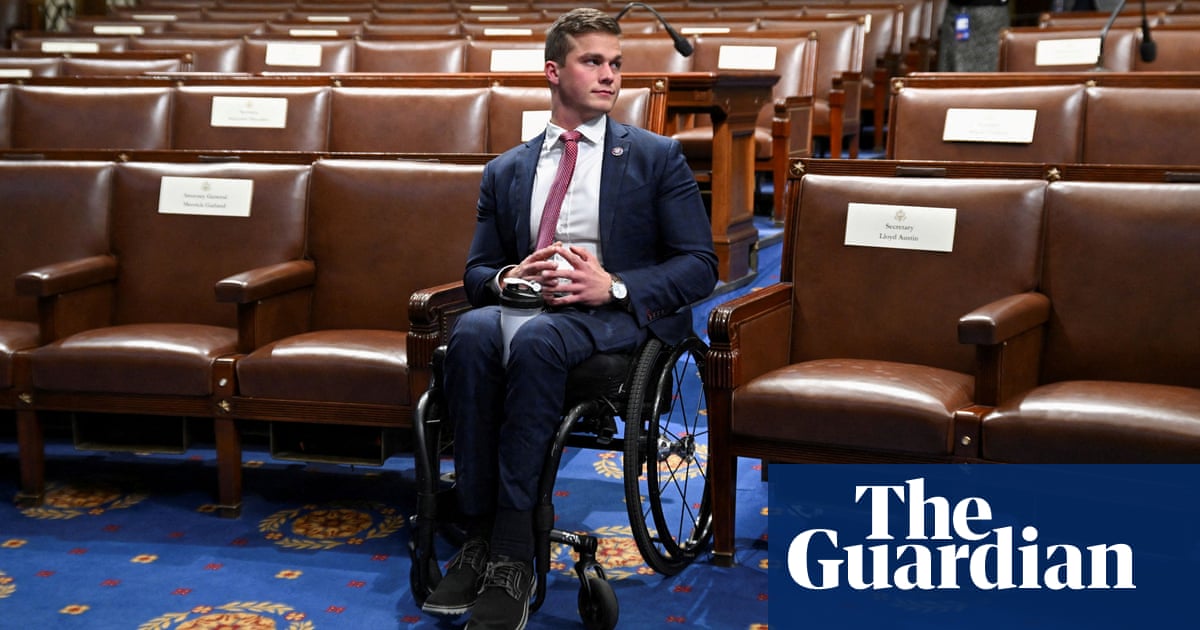 Madison Cawthorn: the Republican building himself in Trump’s image

He burned out faster than Aaron schock! What a loser 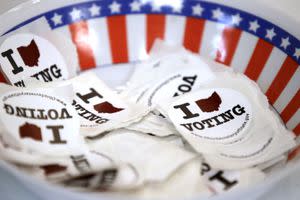 The redistricting maps for statehouse seats are still not finalized for a primary election and that has led to what will likely be two primary elections in Ohio this year, something that could cost taxpayers an additional $20 million, according to Ohio Secretary of State Frank LaRose.

"The arguments: Republicans say the maps are fair, Democrats say the districts favor Republicans too heavily.

So far, the Ohio Supreme Court has agreed with Democrats and tossed out three sets of maps."
A

I'd pay $20 million (if I had it) to ensure I'm not in Jim Jordan's congressional district. Luckily, I am breathing a sigh of relief that the original GOP map won't be implemented thanks to the OH Supreme Court. I am all for the SC holding any GOP mapmakers in contempt for bad faith efforts if any of them continue to try and force Gym J on my neighborhood. 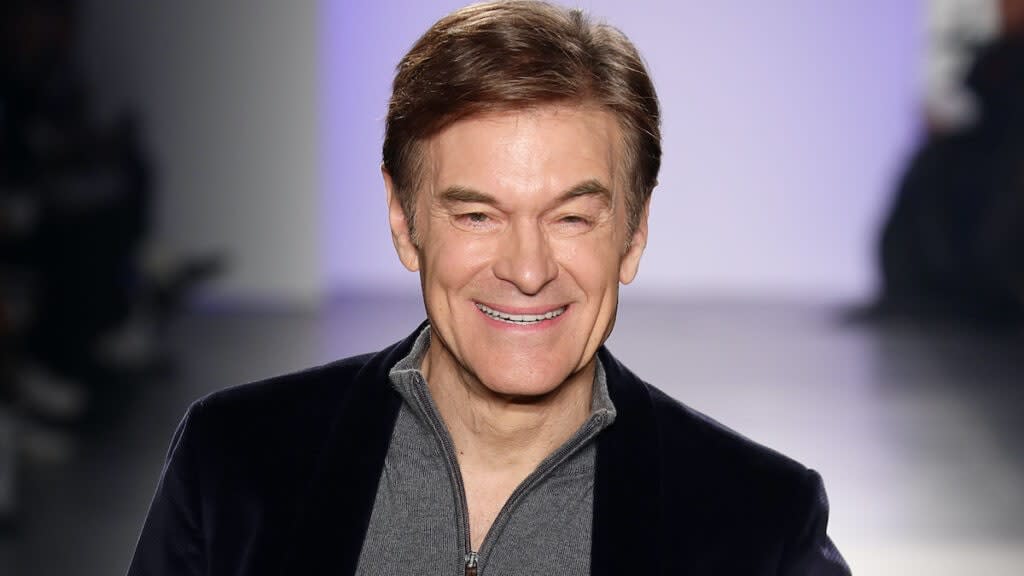 Letter to the Editor: When will the Ohio GOP stop cheating?

So apparently 45 is an elderly Mike Teevee from "WW/Charlie and the Chocolate Factory"... 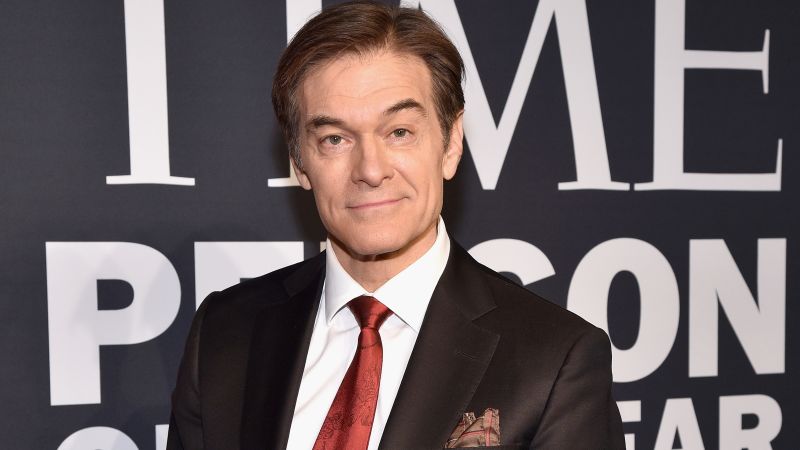 For Donald Trump, all the world's a stage. And the most important people on it are the ones on TV.

www.cnn.com
You must log in or register to reply here.