Well, some good has come of the collision between sport and lurgi. The Adelaide 500 is no more. It has ceased to be. It is not resting. It is not pining for the Fords, or stunned, or even stoned. Its metabolic processes are now a matter only of interest to historians. It has rung down the curtain and joined the Choir Invisible. It is a ex-car race!

Mad March will be a little quieter and less mad. It won't take over an hour to get from Payneham Road to North Terrace any more. There will be less air pollution right after the fire season and we won't need to turn the sound systems at Writers Week up till the knobs fall off so the writers can be heard over the roar of engines. Maybe - just maybe - the pandas in the Zoo will finally be able to produce a tiny panda, too!

In case you can't tell, I'm happy about this one.

Orm Irian said:
Well, some good has come of the collision between sport and lurgi. The Adelaide 500 is no more. It has ceased to be.
Click to expand...

No! This is utterly devastating. The Adelaide 500 was such a tradition. It always opened the season, and it was always so much fun. It's a classic race on the Supercar calendar and it was great for SA racing fans after the F1 went to Melbourne.

To me it marked the change of season. Summer was over when Adelaide was on - it was time for Autumn and the start of winter sports. I'm gutted. 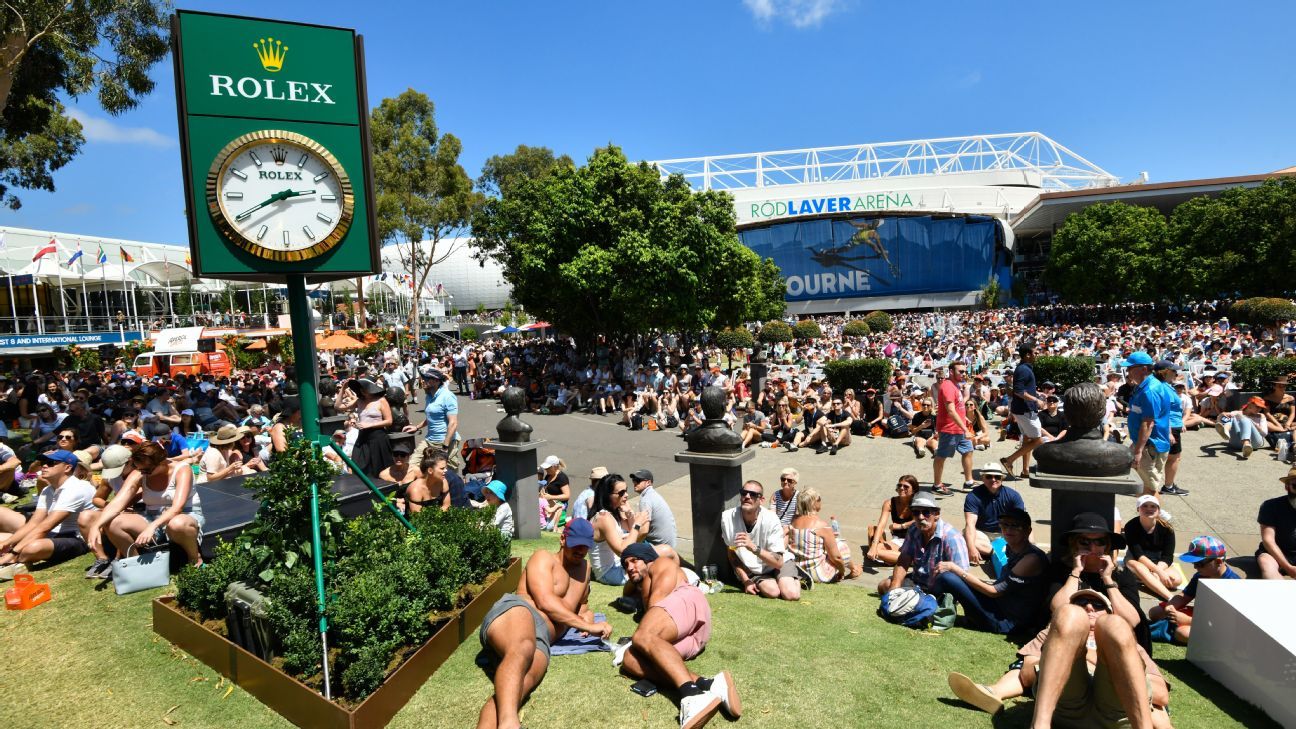 The Australian summer of tennis will look a little different in 2021, with all Australian Open lead-up events to be held in Victoria to mitigate the risk posed by *********-19.

Tennis Australia (TA) will employ a 'hub' model by shifting all Australian Open lead-up events to the state of Victoria to ensure the strongest-possible field for the first major of 2021.
TA will transfer at least five events usually held in Sydney, Brisbane, Perth, Adelaide, Canberra and Hobart to Melbourne and its surrounds in a blockbuster summer of action.
Click to expand...

The unprecedented measure will see up to 550 players and their entourages flying into Melbourne from mid-December, where they will be allowed to play and train but be restricted to hotels or the tennis court until they have completed two weeks of quarantine.
They are then free to travel around the state for competition, with some of the tournaments set to be held at regional venues such as Bendigo and Traralgon, subject to approval.
Some events could be played after the Open in a re-worked calendar.
Click to expand...

It remains unclear how many fans will attend the Open, which is scheduled from January 18-31.
Tiley wants at least 25 percent crowd capacity, which has been confirmed for cricket's Boxing Day Test against at the MCG.
Tiley compared confining the summer of tennis to Victoria to the AFL restricting much of its season to Queensland.
"But we have a very different construct to the AFL and cricket because we are bringing in a lot of international people and their entourage so we've got to ensure they stay on a very rigid, tough lockdown,'' he said.
Click to expand...

Olympic “participants” and fans arriving for next year’s postponed Tokyo Games will be encouraged to be vaccinated to protect the Japanese public, IOC President Thomas Bach said Monday.
Bach said it won’t be mandatory, but he left no doubt it will be strongly pushed.
Bach campaigned across Tokyo on Monday, his first visit to Japan since the Olympics were postponed almost eight months ago amid the coronav*rus p*ndemic. He met support at all stops; from Japanese Prime Minister Yoshihide Suga, Tokyo Governor Yuriko Koike, former Prime Minister Shinzo Abe, and Yoshiro Mori, the head of the local organizing committee and also a former prime minister.
Click to expand...

Some athletes and fans from abroad may oppose any suggestion to take the vaccine, which Bach has hinted previously could be key for Olympic “solidarity.”
Japan has held baseball games recently with near-capacity crowds of 30,000 fans at some stadiums. It has also held an exhibition gymnastics meet with 22 athletes entering from abroad, attended by several thousand fans.
Japan has been largely spared during the p*ndemic with about 1,900 deaths attributed to C0VID-19. It has also sealed off its borders until recently, and has almost 100% mask-wearing by the public.
Several polls have shown the Japanese public is ambivalent about the games, facing larger concerns like a slumping economy.
Click to expand...

The Canadian government has denied the Toronto Raptors to play in Toronto for the start of the NBA season. Possibly after the all star break.

The Baltimore Ravens/Pittsburgh Steelers Thanksgiving night game has been postponed until Sunday. The need for an abundance of caution will presumably end in four days.

The UConn women's basketball season opener has been postponed until early December because of a positive result from someone in the program.

The Australian Open tennis tournament will most likely be delayed a week or two.
Last edited: Wednesday at 8:13 PM

missing said:
The Australian Open tennis tournament will most likely be delayed a week or two.
Click to expand...

Djokovic was having a whinge a couple of weeks ago that the organisers needed to make sure the tennis players got special quarantine treatment. That went down about as well as you'd expect on social media here, but the person who referred to him as Novax Djocovid gets my prize.

Cricket is making things interesting. The Indians are here in Australia for a series of ODIs, T20s and Tests. They have been in a special quarantine bubble since they arrived with access to training facilities and so far that has gone very well. On the other hand, New Zealand has been hosting both the West Indies and Pakistan, and both teams had players breaching quarantine protocols! Pakistan had six players test positive, even though their whole squad tested negative on arrival in New Zealand, and, of course, those players are the ones who broke the bubble. The NZ Government is (rightly) furious and threatening to send them home. I can't believe two separate teams both thought that was acceptable behaviour!

The NRL is ploughing on with plans for next season to be a "proper" season, with the Warriors to play out of New Zealand again. As their season starts in March, I find it likely that this could succeed as long as things continue in both Australia and New Zealand the way they are.

I'll be interested to see what plans F1 has for its scheduled March return to Melbourne. That's going to be more difficult with drivers and teams based all over Europe.
You must log in or register to reply here.

Interview with Tomas Verner about his skating career, marriage & fatherhood