Cachoo said:
TMZ——Do we believe them when they report that Kim Jong Un is dead?
Click to expand...

I think it’s likely that he’s at least very ill. I think we’ll know definitely in a few days.

Apparently, if Kim Jong Un passes away, his sister could take charge. And she’s rumored to be crazier than he is.

Cachoo said:
TMZ——Do we believe them when they report that Kim Jong-un is dead?
Click to expand...

Intelligence reports had him inspecting a building site a day or two ago.

According to Reuters, China dispatched a medical team to North Korea. It does not sound like Kim lives the healthiest of lifestyles and he does seem to be at risk for cardiovascular disease. https://www.reuters.com/article/us-...on-north-koreas-kim-sources-say-idUSKCN2263DW

Maybe we should place bets on Kim’s status. That is scary to think that his sister is worse.

Cachoo said:
Maybe we should place bets on Kim’s status. That is scary to think that his sister is worse.
Click to expand...

Hopefully she has a less dorky hairdo.

Cachoo said:
Maybe we should place bets on Kim’s status. That is scary to think that his sister is worse.
Click to expand...

I have to admit, I didn't even know he had a sister. But now I know why people were wondering on social media if there'd ever been a female dictator.

So South Korea is reporting that he is alive and up and about: Dennis Rodman will be relieved.

WTF is wrong with people:

A two-hour video of a heated and expletive-ridden cabinet meeting chaired by President Jair Bolsonaro last month has become the subject of an extraordinary political arm-wrestle, exposing the intrigues and eccentricities at the centre of Brazilian power....

“Conspiracy theories, ideological issues, made-up battles, and culture wars – all right there at the heart of government.”
Click to expand...

Moro says the images contain key evidence supporting his allegation that Bolsonaro tried to meddle in federal police business and must be released as part of a supreme court investigation into those claims.

The footage was privately screened for investigators this week but has yet to be made public.
Click to expand...

The extent of racial and sexual diversity in Bolsonaro's Cabinet is interesting, to say the least. 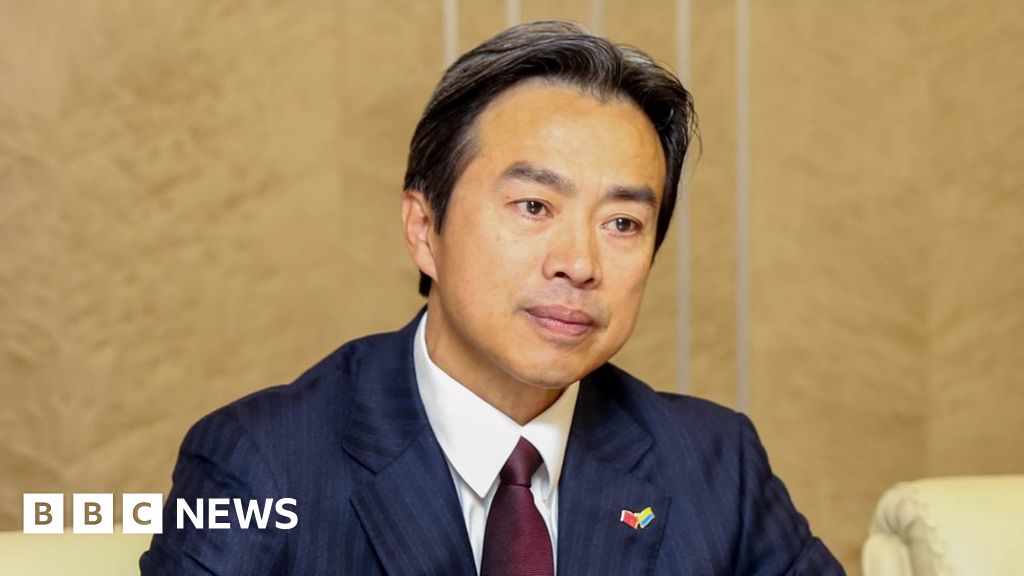 Initial findings suggest there was no foul play in the death of Du Wei at his home near Tel Aviv.
www.bbc.com

China plans to push through sweeping national security laws for Hong Kong at its annual meeting of parliament, in a move that critics say will effectively end the territory’s autonomy.

But the clause has never been implemented due to deeply held public fears it would curtail Hong Kong’s cherished rights, such as freedom of expression. An attempt to enact article 23 in 2003 was shelved after half a million people took to the streets in protest.

Critics say the measure severely undermines Hong Kong’s legal framework, established under the terms of the former British colony’s handover to Chinese control in 1997. Chris Patten, the last British governor of Hong Kong, described it as a “comprehensive assault on the city’s autonomy”.

Under its Basic Law, Hong Kong is meant to enact security legislation on its own. “This spells the beginning of the end of Hong Kong under ‘one country, two systems’,” said Kenneth Chan, a political scientist at the Baptist University of Hong Kong.
Click to expand...

The video of Bolsonaro's Cabinet meeting has not been made public. 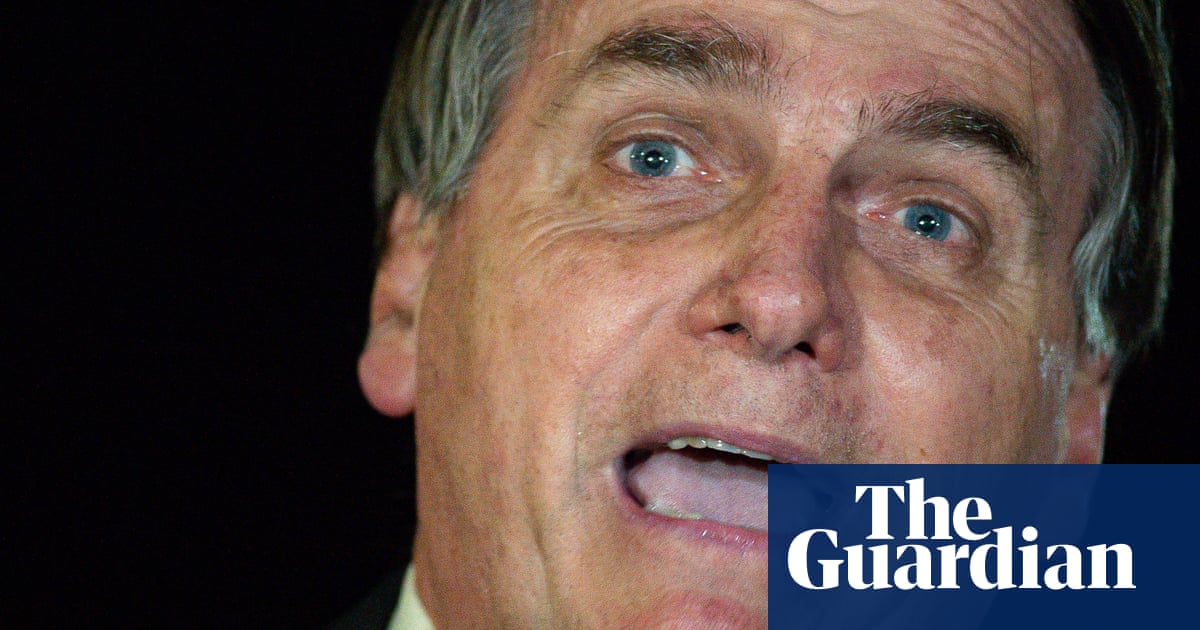 Bolsonaro seems to confirm claims from his ex-justice minister Sergio Moro that he sought to shield his family from investigation by meddling in the federal police.

“I’m not going to wait for them to f*** my whole family or my friends just for s***s and giggles,” Bolsonaro says. Nineteen of the president’s relatives are reportedly facing police scrutiny, including two sons, although Bolsonaro denies that is the case.

Bolsonaro’s coarseness made front-page headlines but many were most horrified by the lack of focus on [you know what], which has now killed more than 21,000 Brazilians. “On the day of the meeting Brazil had already suffered nearly 3,000 [you know what kind of] deaths – and the issue simply wasn’t raised,” said Sônia Bridi, an author and broadcaster. “This just shows how we’ve been abandoned by the federal government during this [panda muck].”
Click to expand...

He reminds me of someone. Now who could that be?

Israel’s Defence Minister has apologized after the shooting death of a young autistic Palestinian man. 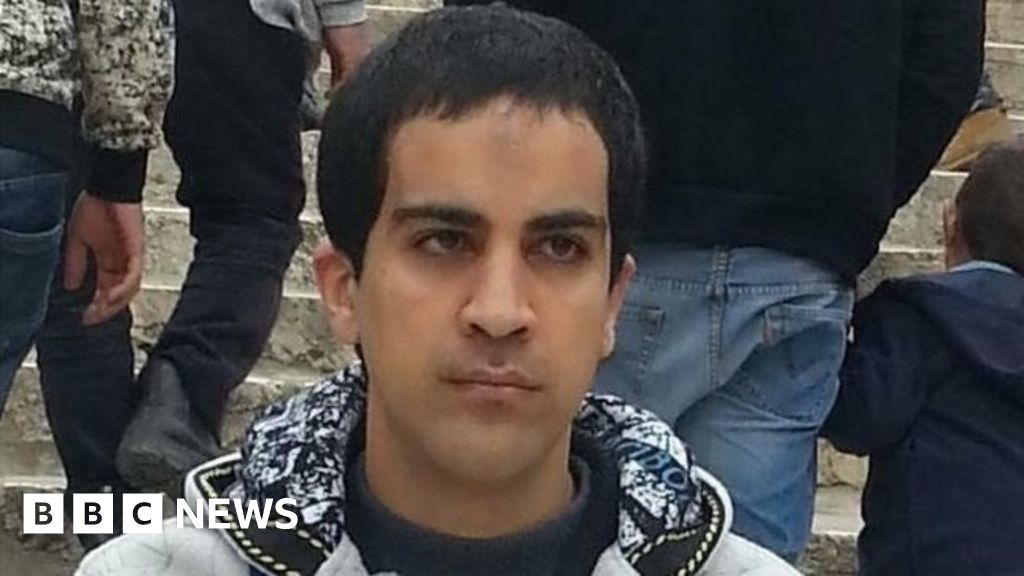 Hundreds attend the funeral of Iyad Halaq, who was shot dead while walking in Jerusalem's Old City.
www.bbc.com

Prime Minister Boris Johnson raised the stakes in a confrontation with China over Hong Kong on Wednesday, promising to allow nearly three million people eligible for a British overseas passport to live and work in Britain, if Beijing were to impose a new security law on the former British colony.
Click to expand...

This promise should have been made unconditionally at the time the U.K first started negotiating with the P.R.C. over the status of Hong Kong. Better late than never, though.

I wonder what percentage of Hong Kongers hold another passport? I've seen many stories of the years since reunification was announced about people, particularly the upper class, obtaining citizenship, and residence in other countries just in case.

The situation in Hong Kong and call not to treat it like we did Tiananmen Sq.

Chinese and Indian troops fought each other with fists and clubs. Twenty Indian soldiers died. 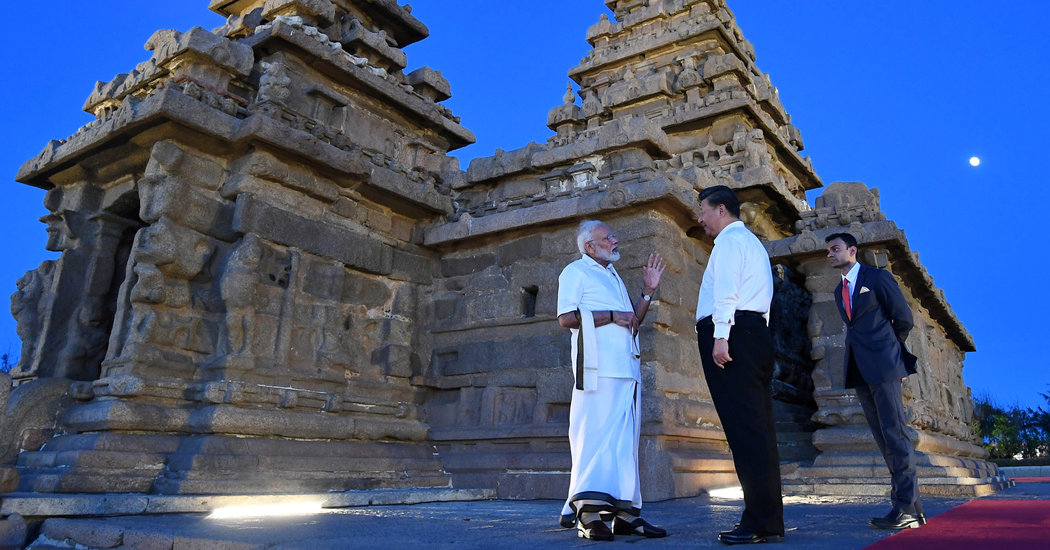 In China-India Clash, Two Nationalist Leaders With Little Room to Give

Xi Jinping and Narendra Modi have sought to project a muscular global profile despite their countries’ problems. Backing down could hurt their efforts. 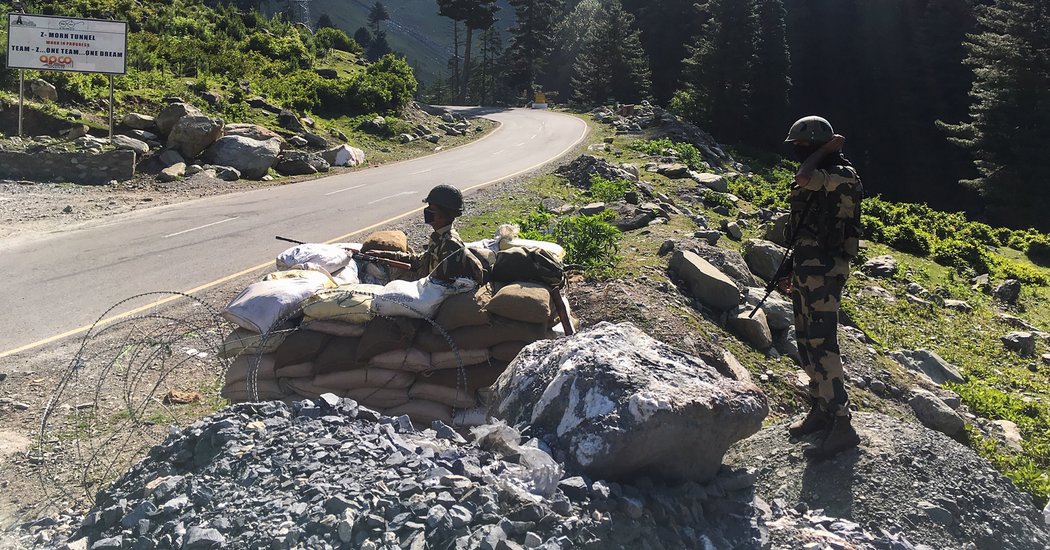 The deaths of 20 Indian soldiers in a brawl with Chinese troops was the deadliest clash between the two nuclear-armed nations in decades, but hardly the first. 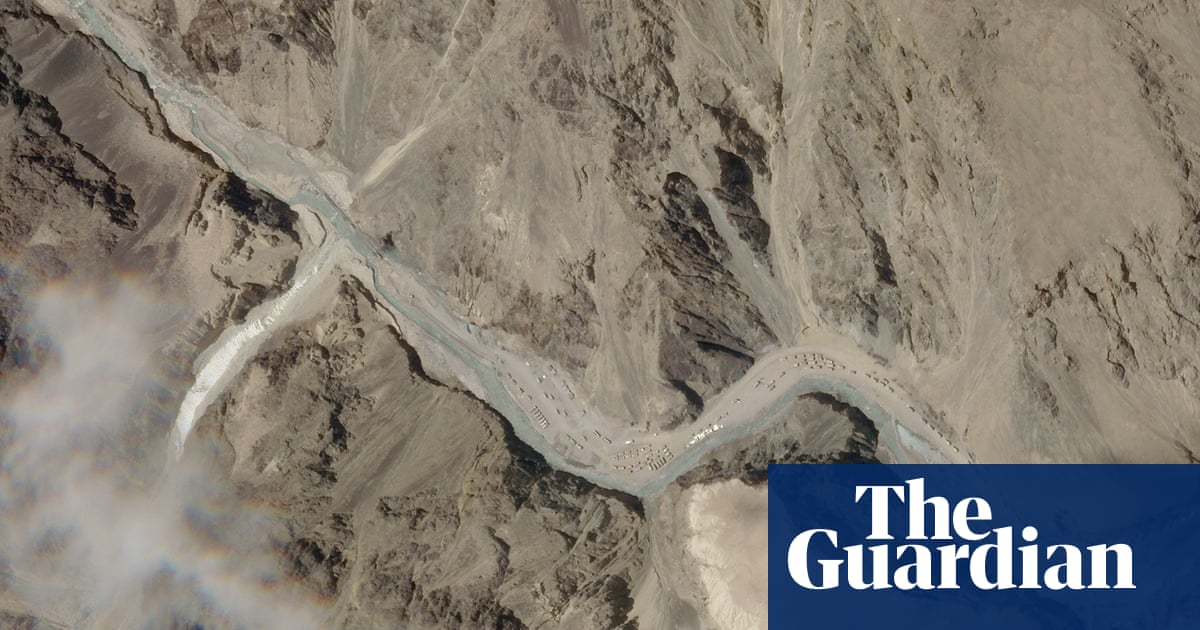 The hand-to-hand combat lasted hours, on steep, jagged terrain, with iron bars, rocks and fists. Neither side carried guns. Most of the soldiers killed in the worst fighting between India and China in 60 years lost their footing or were knocked from the narrow Himalayan ridge, plunging to their deaths.
Click to expand...

^^^^Trump wants to get involved??
That should scare India and China into making peace at once before Trump can screw things up even worse. 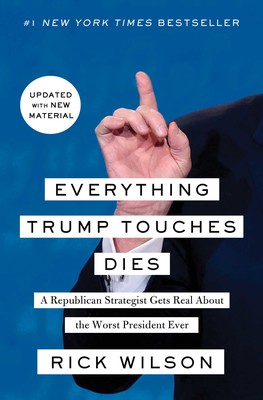 China stole indian territory and they need to give it back!
V 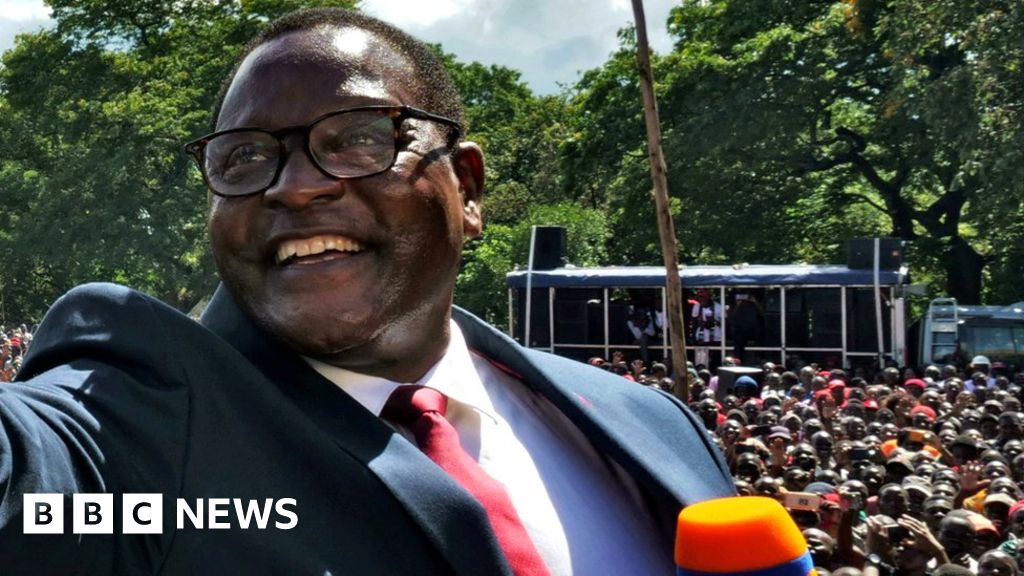 Lazarus Chakwera wins nearly 60% of the vote to defeat the incumbent and become Malawi's president.
www.bbc.com

Other countries in Africa have had elections annulled - it happened in Kenya a few years ago - but for the opposition candidate to then go on and win a rerun is unprecedented.
Click to expand...

I wonder if TPTB in the U.S. are paying attention to this.

I thought that the Arab Spring was supposed to bring in more freedom. https://www.dailymail.co.uk/news/article-8469787/High-profile-belly-dancer-jailed-Egypt.html
V

Jot the Dot Dot said:
I thought that the Arab Spring was supposed to bring in more freedom.
Click to expand...

Except in Tunisia, however, none of the protests or revolutions led directly to genuine reform.

Putin In power until maybe 2036!!! I still think if US sanctioned russias sovereign debt or Germany got eu to cancel all future gas purchases from Russia the oligarchs would overthrow Putin the next DAY! Just like THAT https://www.cnbc.com/amp/2020/07/02...n-who-could-now-stay-in-power-until-2036.html 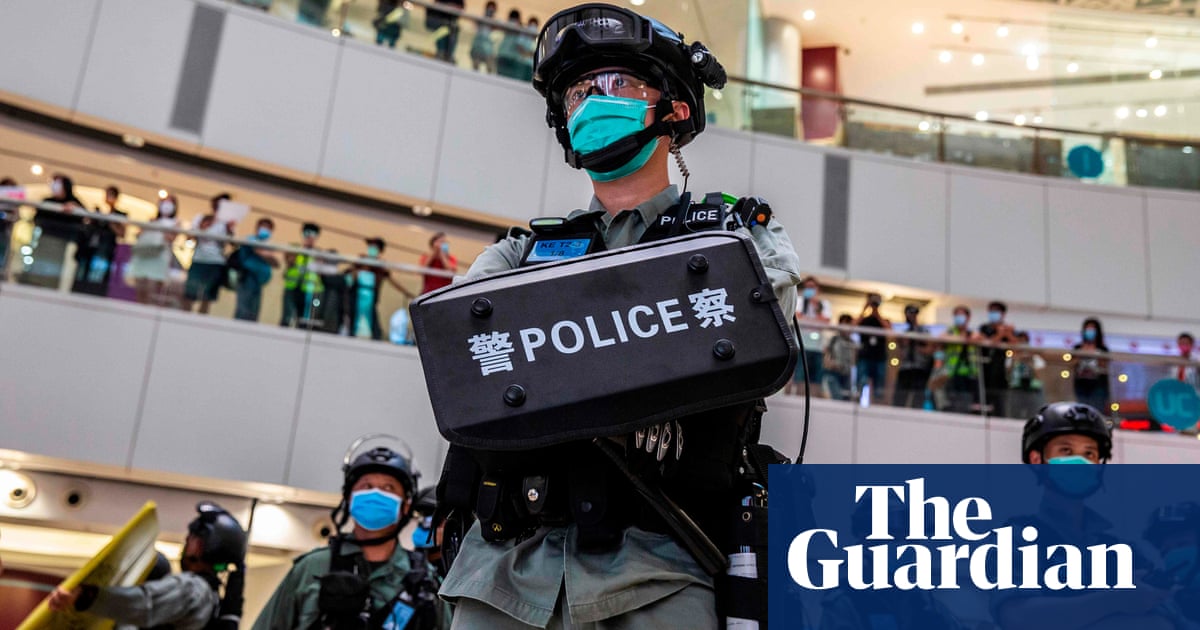 TikTok is to withdraw from Hong Kong app stores and Zoom will stop complying with city authorities’ data requests as technology companies react to the sweeping new national security laws imposed on the city by Beijing.

Facebook, Microsoft, Twitter, Google and Telegram have already said they are “pausing” cooperation with requests for user information, putting pressure on Apple, which says it is “assessing” the new law, to do the same.
Click to expand... 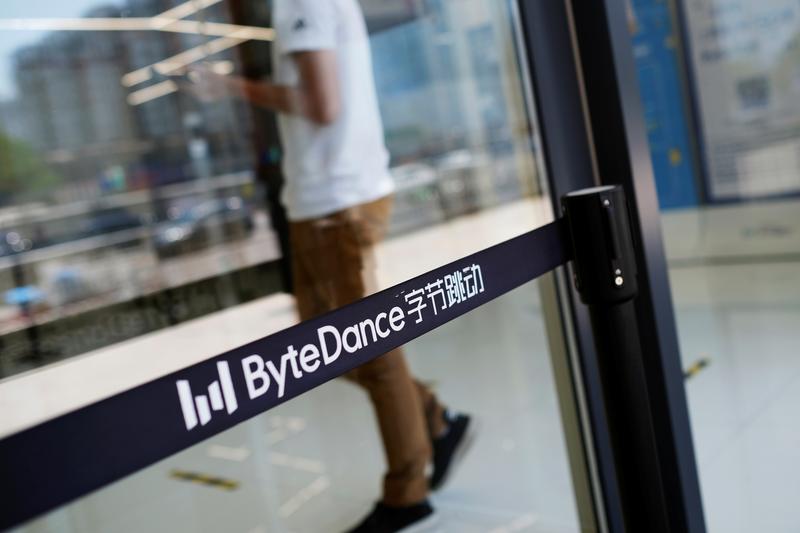 Secretary of State Mike Pompeo said on Monday that the United States is "certainly looking at" banning Chinese social media apps, including TikTok, suggesting it shared information with the Chinese government, a charge it denied.

Everything is going just fine in Camenbert Land 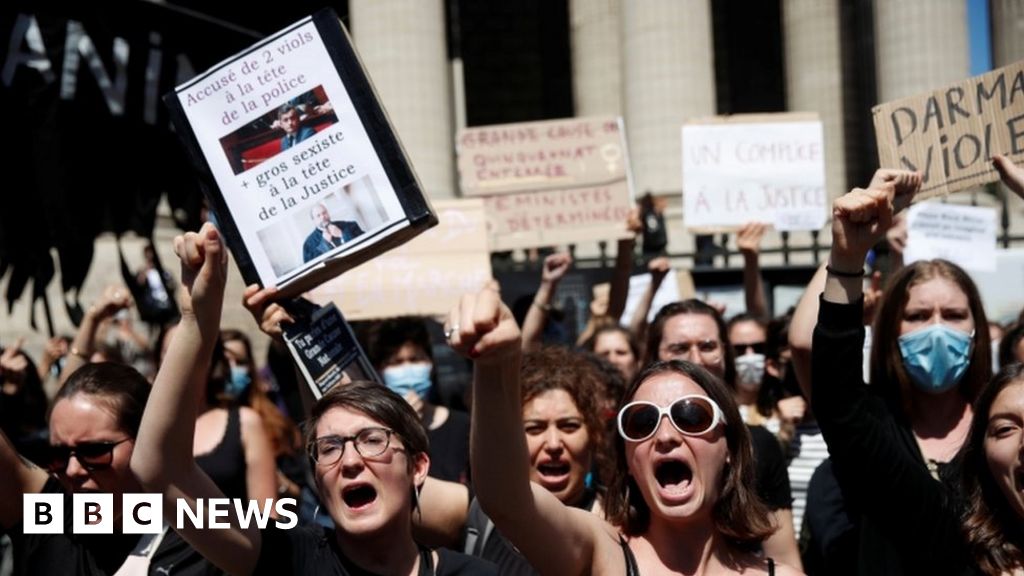 JK Rowling, Salman Rushdie and Margaret Atwood are among the signatories to a controversial open letter warning that the spread of “censoriousness” is leading to “an intolerance of opposing views” and “a vogue for public shaming and ostracism”.
Click to expand... 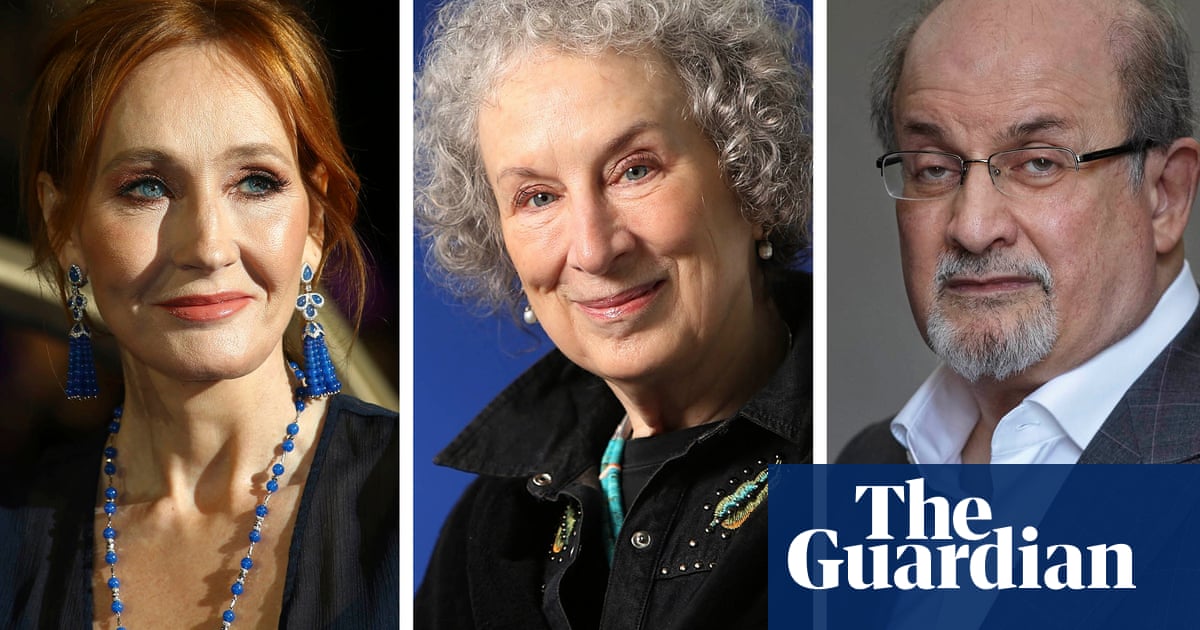 Rowling, Rushdie and Atwood warn against ‘intolerance’ in open letter

(This is off-topic but I don’t get the new habit of linking somewhat unrelated videos to the articles.)

Seoul‘s mayor Park Won Soon has been found dead after going missing. Condolences to his loved ones. 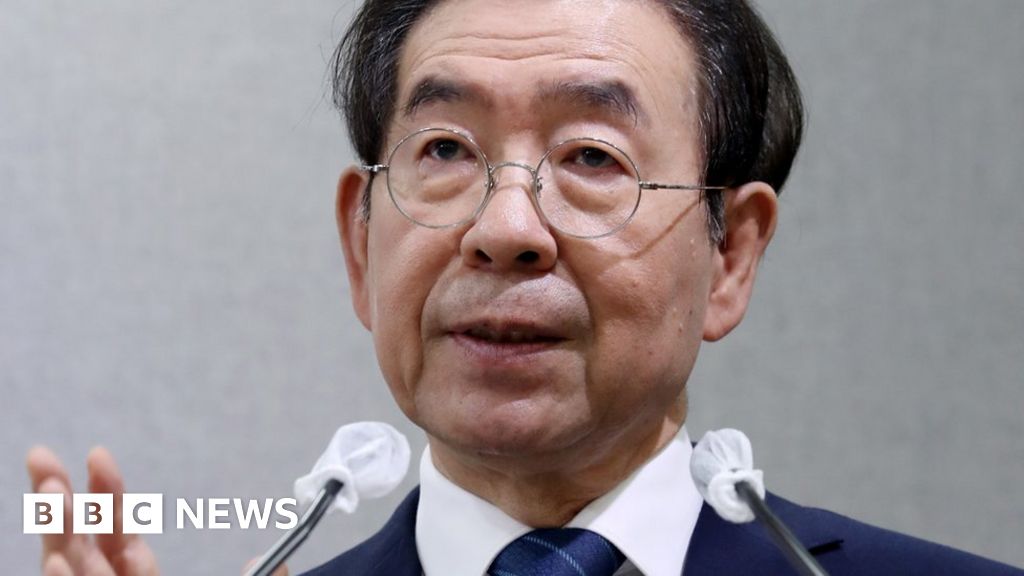 Park Won-soon disappeared after reportedly leaving a message for his daughter, who raised the alarm.
www.bbc.com
You must log in or register to reply here.