News and Updates about Russia's War against Ukraine.

What are the news?

Hedwig said:
What are the news?
Click to expand...

Lol. This is what the Treasury Dept says about Navka (as well as Peskov's 2 adult children)...

Today, OFAC is designating three of Peskov’s family members, all of whom live luxurious lifestyles that are incongruous with Peskov’s civil servant salary and are likely built on the ill-gotten wealth of Peskov’s connections to Putin.

Peskov’s wife, Tatiana Aleksandrovna Navka (Navka), has a property empire worth more than $10 million. Her real estate includes property in an elite Moscow suburb where Putin also lives, another multimillion-dollar apartment in Moscow given to her by the GoR, and an apartment in Ukraine’s Crimean peninsula, which Russia has occupied since 2014. She first gained notoriety when she won a gold medal in ice dancing representing Russia at the 2006 Winter Olympics and later hosted an ice dancing show on Russia’s state-owned pro-Kremlin Channel One.

Treasury also designated Peskov’s two adult children, Nikolay Peskov (Nikolay) and Elizaveta Dmitriyevna Peskova (Liza). Nikolay grew up in the United Kingdom but moved back to Russia to serve in the army, and later worked for the Russian propaganda outlet RT. Nikolay reportedly has access to a number of luxury vehicles and travels on private aircraft and yachts. Liza has tens of thousands of followers on social media, where she displays her luxurious lifestyle. She previously interned for a member of the European Parliament who publicly supported Russia’s attempted annexation of Ukraine’s Crimea region.

I'm dying at Navka being NOTORIOUS for winning ice dancing gold. Beyond that, $10m in property ownership is small potatoes and why is it hard to believe that she couldn't have made bank off that gold medal and invested in property?
Last edited: Mar 12, 2022

TAHbKA said:
Navka got her own personal sanctions
Click to expand...

Karen-W said:
Lol. This is what the Treasury Dept says about Navka (as well as Peskov's 2 adult children)...

I'm dying at Navka being NOTIORIOUS for winning ice dancing gold. Beyond that, $10m in property ownership is small potatoes and why is it hard to believe that she couldn't have made bank off that gold medal and invested in property?
Click to expand...

I would be very glad to have gained ownership of those small potatoes.

Forced to drag her former partner around the ice again?

Karen-W said:
Beyond that, $10m in property ownership is small potatoes and why is it hard to believe that she couldn't have made bank off that gold medal and invested in property?
Click to expand...

It says that she has a multi-million dollar apartment given to her by the Russian government. More importantly, it says that she is being designated because she is Peskov's spouse.

I'm sure she probably still has plenty of headbands and makeup in her multiple homes.

Rooting for the Underdogs

Maybe the notoriety is from having had a partner who was… not great….

aka_gerbil said:
Maybe the notoriety is from having had a partner who was… not great….

So, your theory is that whomever wrote the blurb for the Treasury Dept sanction is an ice dancing fan? 🤭

Karen-W said:
So, your theory is that whomever wrote the blurb for the Treasury Dept sanction is an ice dancing fan? 🤭
Click to expand...

And most likely feels that Belbin & Agosto wuzrobbed.

Vagabond said:
And most likely feels that Belbin & Agosto wuzrobbed.
Click to expand...

Or they're still mad Pink Panther beat Sarabande in 2004

Wow! I had no idea. Notorious indeed!
D

Vagabond said:
And most likely feels that Belbin & Agosto wuzrobbed.
Click to expand...

No more Pokemon GO in Russia

Pokemon Go will soon be unplayable in Russia 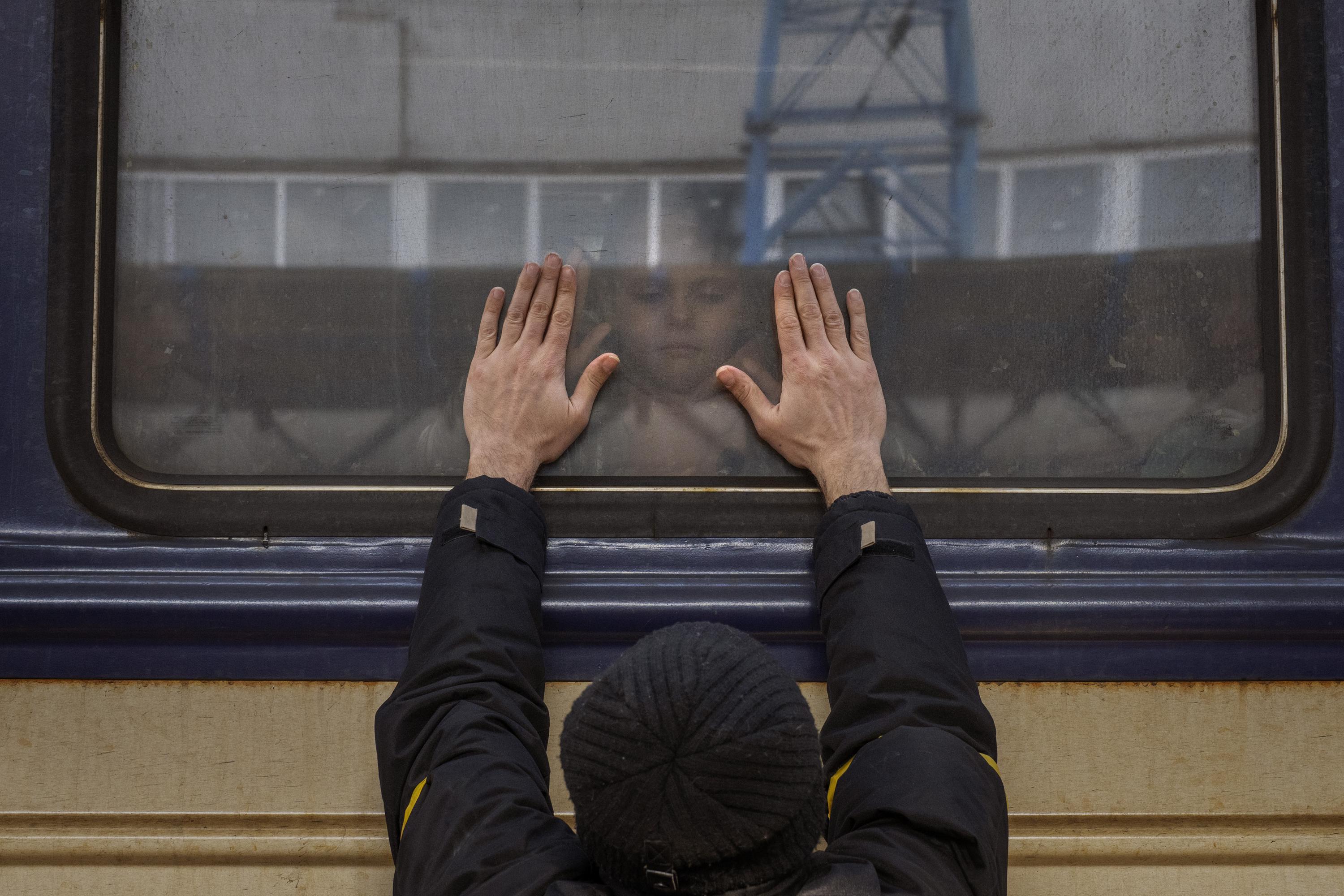 Russia-Ukraine war: Key things to know about the conflict

Ukrainian President Volodymyr Zelenskyy accused Russia on Saturday of kidnapping the mayor of a city, calling it “a new stage of terror.” Russian forces expanded their offensive in Ukraine, hitting new areas in the country's west.

Amid Mariupol horror, a newborn rests in her mother’s arms (March 11): 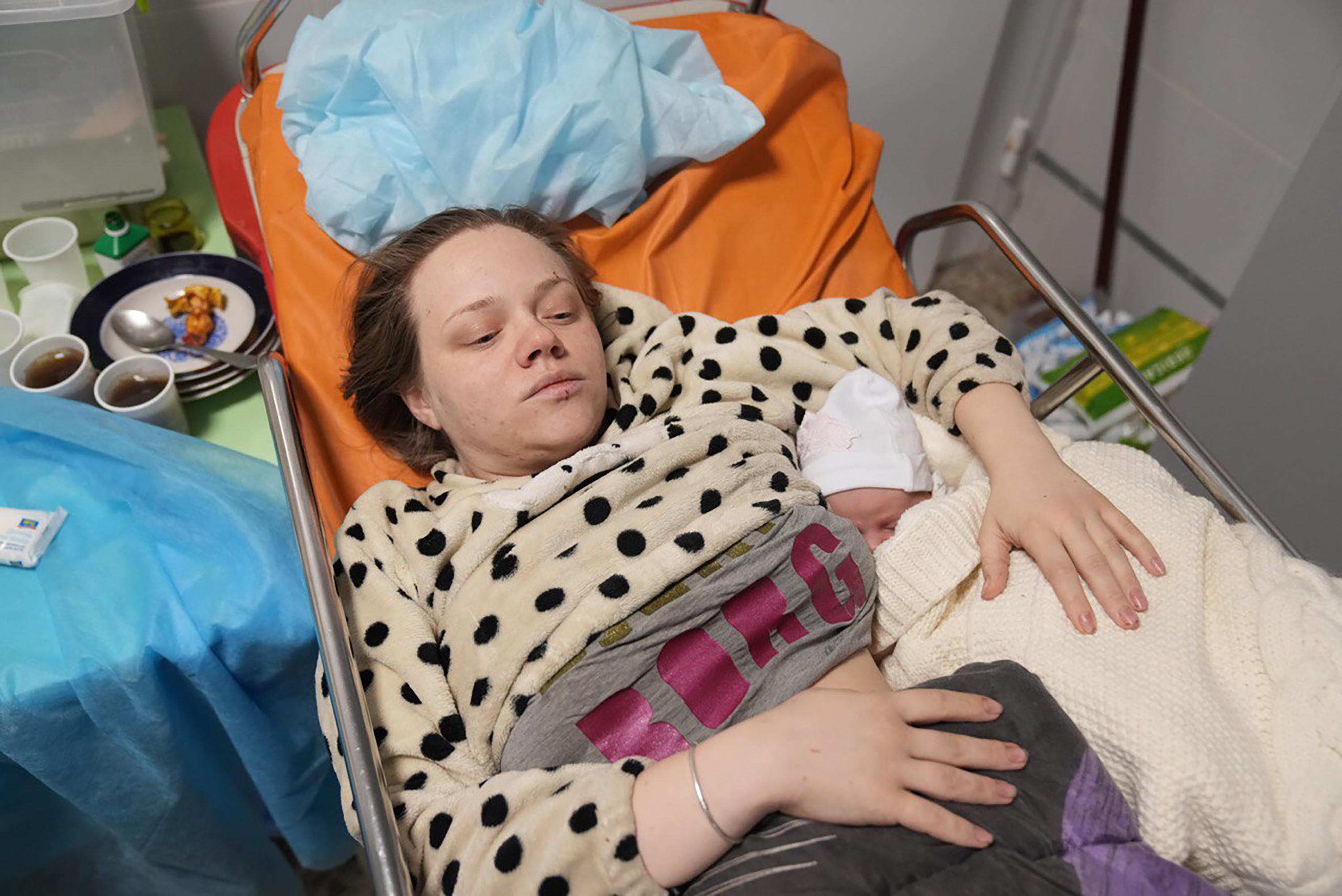 Amid Mariupol horror, a newborn rests in her mother's arms

MARIUPOL, Ukraine (AP) — Newborn Veronika curled against her mother’s side on Friday, as if to hide from the horror around them — the war that tore apart the Mariupol maternity hospital where she was meant to greet the world.

The Twitter account for the Russian Embassy in London claimed she was not a victim, but a beauty blogger and model who was posing as two different pregnant women.
While Vishegirskaya is a Ukrainian blogger in Mariupol who posts about skin care, makeup and cosmetics, there is no evidence that she was anything but a patient at the hospital. She has posted multiple photos and videos on Instagram documenting her pregnancy in the past few months, and in one, she can be seen wearing the same polka-dot pajamas as on Wednesday.
Click to expand...

AP reporters in Mariupol who documented the attack in video and photos saw the victims and damage first-hand – and nothing to indicate the hospital was used as anything other than a hospital.
Twitter has since removed the Russian Embassy’s tweets, and existing links are directed to a notice that says the posts violated Twitter’s rules.
Click to expand...

At least she gets to keep her collection. Reading the news, I was afraid it had been confiscated 😱😂

cholla said:
At least she gets to keep her collection. Reading the news, I was afraid it had been confiscated 😱😂
Click to expand...

Well, as long as she's kept it at her house in Moscow, she should be able to keep the collection. Any property she still owns in the US is going to be confiscated by the IRS, I'm sure, lol.

This is a sweet article: 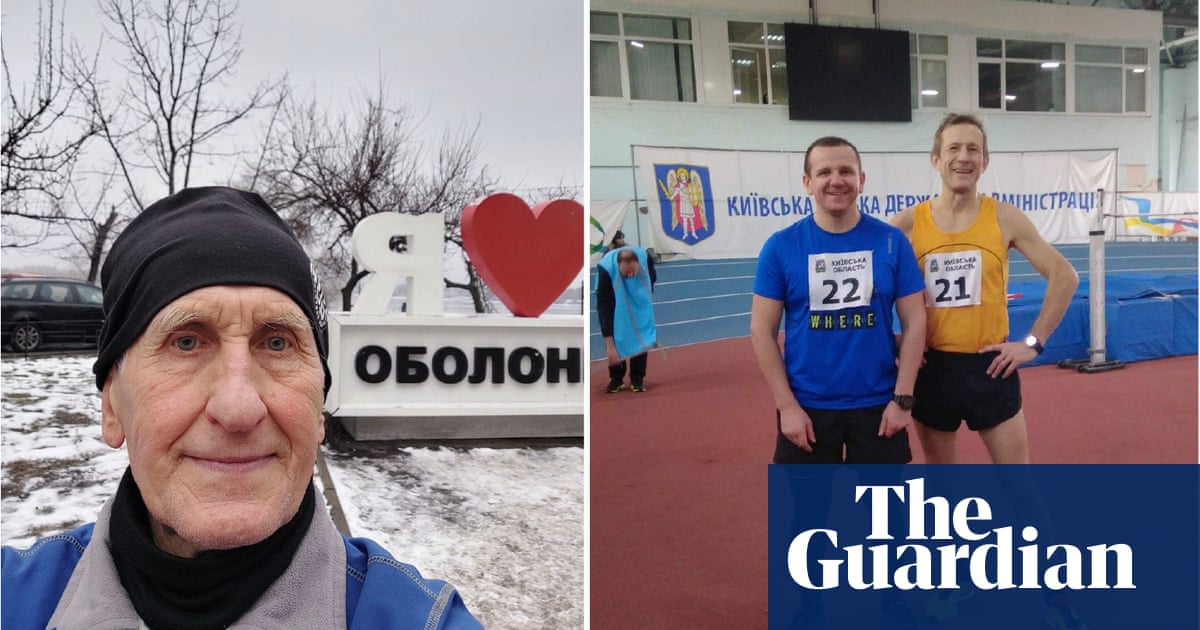 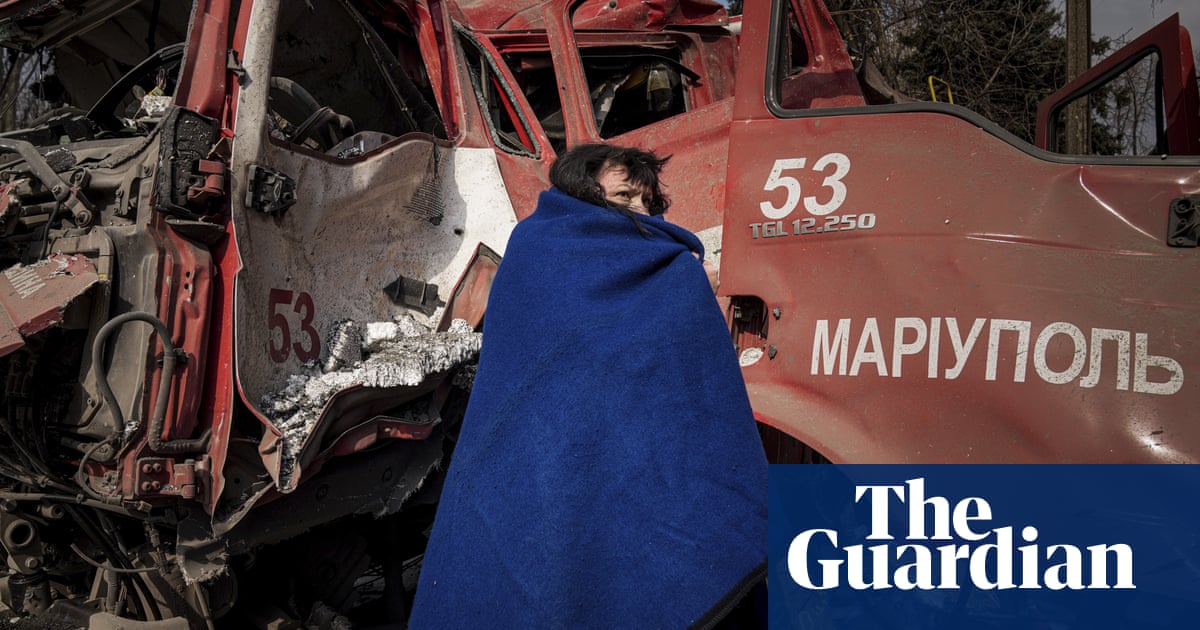 Zelenskiy calls Russia a ‘terrorist state’ as bombs hit cities further west. Plus, the chefs cooking in solidarity with Ukraine 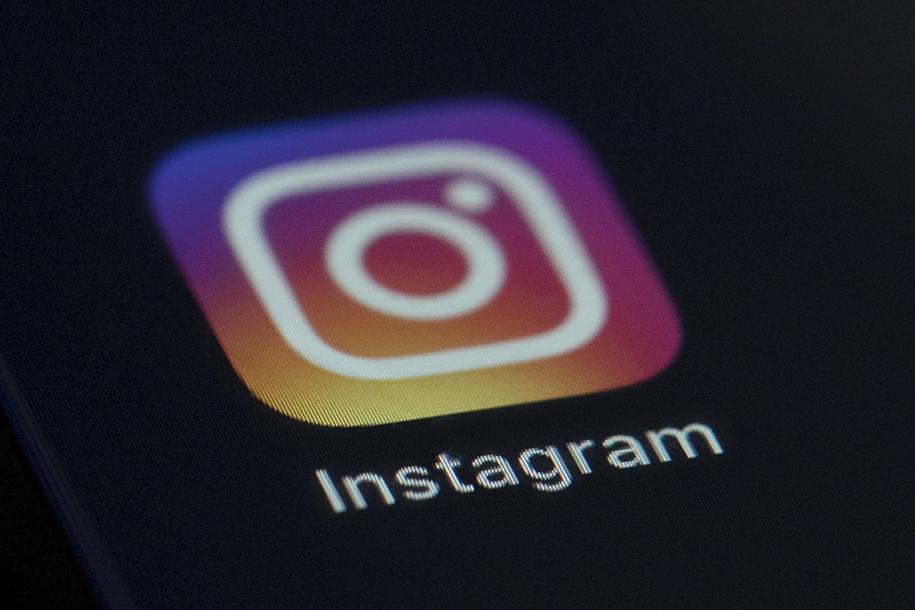 (AP) — Russian regulators said Friday that the country's internet users will be blocked from accessing Instagram, saying it's being used to call for violence against Russian soldiers. In Moscow's latest move to restrict access to foreign social media platforms, communications and media regulator...

For this one, I will now await all the people who cried "censorship" when social media companies tried to stop misinformation to say the same thing about Russia keeping all outside news from their people.

Here is how he compares to other American poster children for disapproved of regimes. This article is gifted.

DORISPULASKI said:
Even Republicans are not fans any more.
Click to expand...

Not all Republicans were fans of him. I know I wasn't - and that is a big reason why I held my nose and voted for Trump in 2016 - because I had ZERO respect for the appeasement/reset strategy employed by the Obama administration and the job HRC did as Secretary of State. But, then again, US foreign policy for the last two decades has been absolute shit, from both sides of the political aisle.
H

I know I've read a couple of these letters purportedly from a FSB analyst on twitter, and I'm sure they've been posted before, but here they are in one place: 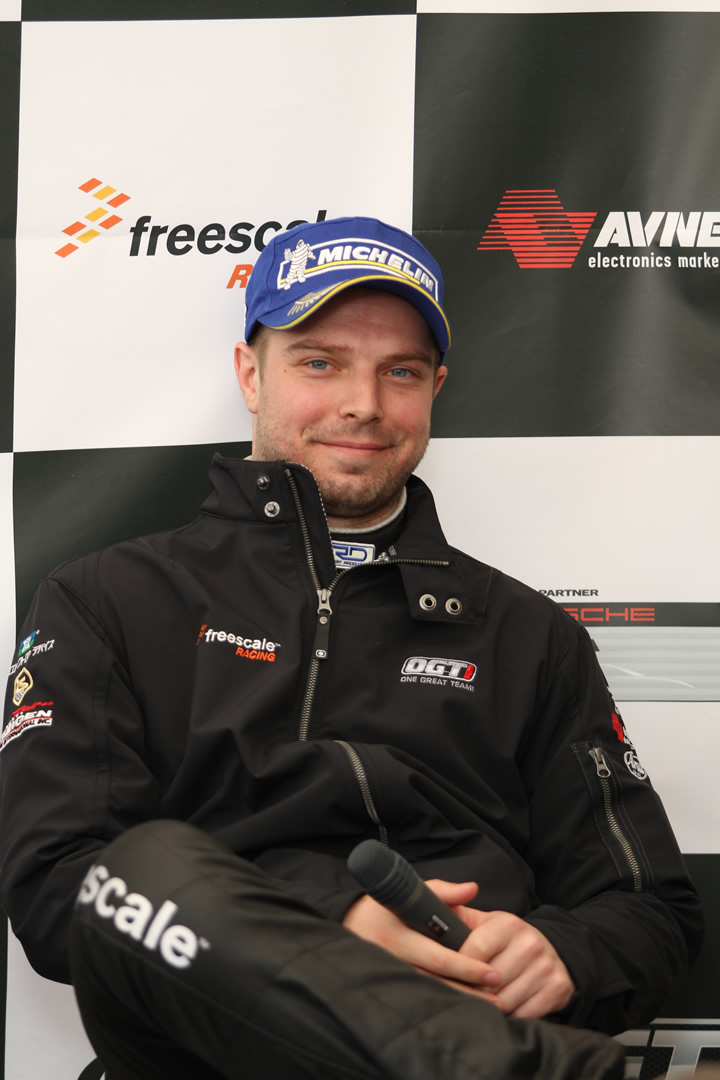 Learn about the origins & context of the #FSBletters from the #WindofChange to Vladimir Osechkin, a Russian human-rights activist exiled in France.

It sounds like a lot of chaos with no one at the top having good or complete information. This is one of the general themes:

The current situation is such that no one anywhere has reliable information on complex issues. The reports that go through me are then corrected by the leadership to be politically correct - more positivity, less negativity. These rosy reports are then again massaged to be even more rosy - and false. So, everything is very good here – I know this for sure.
Click to expand...

Is anyone else disappointed by the deafening silence of prominent figure skaters on Ukrainia's plight? Scott Hamilton, Kristy Yamaguchi, Brian Boitano. For them the world has not changed a bit. Katia Gordeeva is posing on Instagram grinning ear to ear. You'd think given the large number of Ukrainians in the skating community and the fact that many of them have been their close friends and some of them are now in danger, they'd at least show some compassion for what is happening in Ukraine. I find it really off putting.

MH17 all over again. I would not be getting on any plane going anywhere near a Russian border right now.
You must log in or register to reply here.

Is Finland Next for Putin? Or where else?

Yesterday at 2:59 AM
Rafter