News and Updates about Russia's War against Ukraine.

Thanks to russia, Ukraine was visible even from space 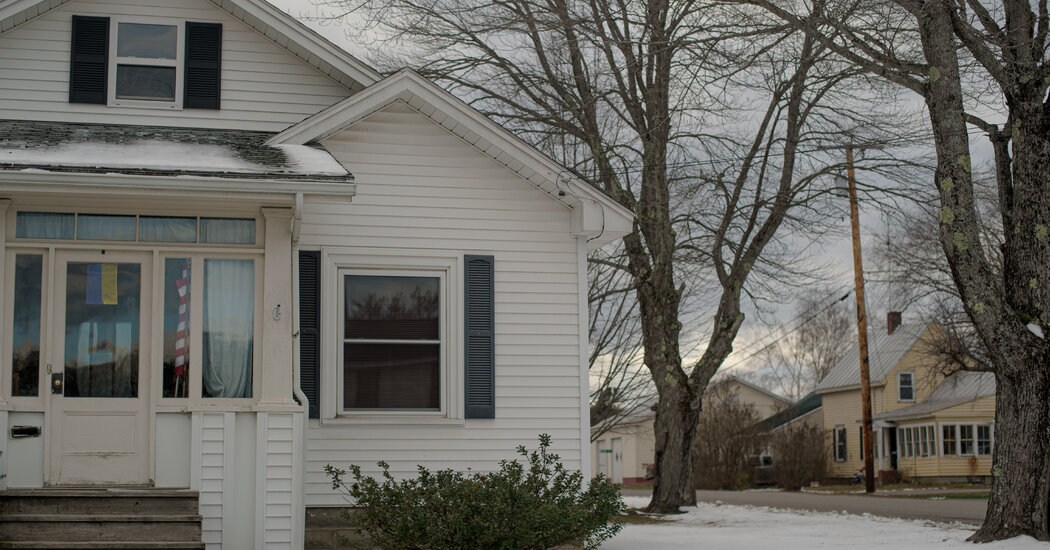 Ukrainian Flags Are on Display All Over Maine. Why?

Like people in other states, Mainers want to show their solidarity with Ukraine. But it’s more than that.

The link will be valid for two weeks.
H

It's ugly out there. 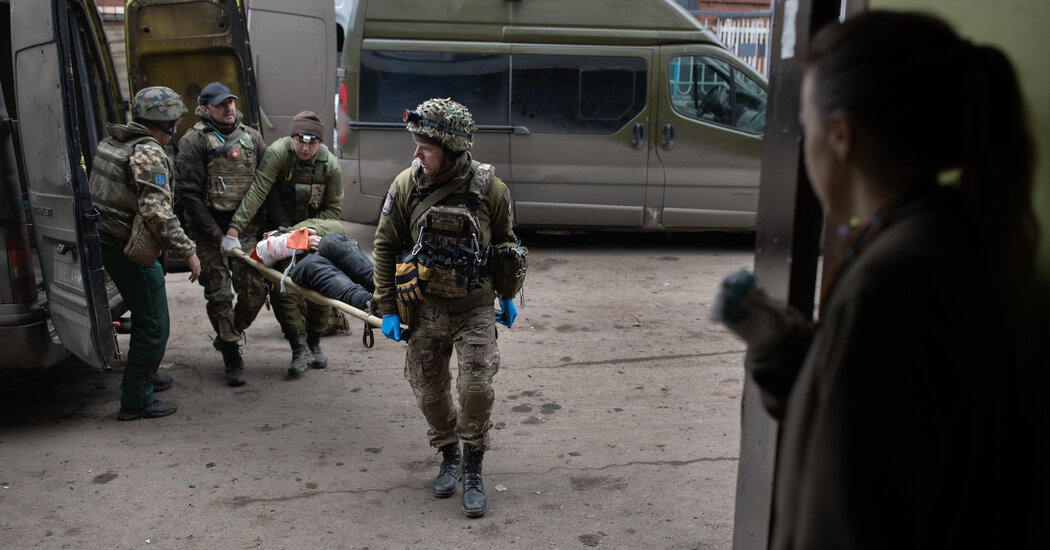 In Ukraine, Bakhmut Becomes a Bloody Vortex for 2 Militaries

Even as they have celebrated successes elsewhere, Ukrainian forces in one small eastern city have endured relentless Russian attacks. And the struggle to hold it is only intensifying.

No easy wins ahead for Ukraine:

Life without electricity and communication is a very strange experience. It's like real life is passing by...
D

God Bless These People: https://youtu.be/qSyKPnTvpZU
B

OK, even with all the sadness, I can appreciate the humor Ukranian soldiers bring to the battlefield. Very old school skating judging, too: Soldiers judging mortar fire
H

airgelaal said:
Life without electricity and communication is a very strange experience. It's like real life is passing by...
Click to expand...

When does it get dark in the evening?

Husky said:
When does it get dark in the evening?
Click to expand...

And when you scroll down, the fine song ends on a sad note: Ukrainian composer Mykola Dmytrovych Leontovych was killed by Russian occupiers in 1921 because he was popularizing Ukrainian culture, by a chekist by the name of Afanasy Grishchenko.
The more I know about Ukraine, the more I get the feeling: each time you hear, see, feel something beautiful, you'll just have to scratch a little bit and the horrors of the last century emerge
D

"Over 20,000 people are believed to have been killed during Russia's months-long siege of the city, but the actual number could be much higher, according to the Mariupol City Council."

If you scroll up, there are further posts about satellite images of the Mariupol cemetery.

(There are no words that could feel adequate).

The Ukrainian Data Journalism Agency Texty published an interesting investigation on their website. They used open-source information about Russia’s potential agents in Europe & visualised the findings. 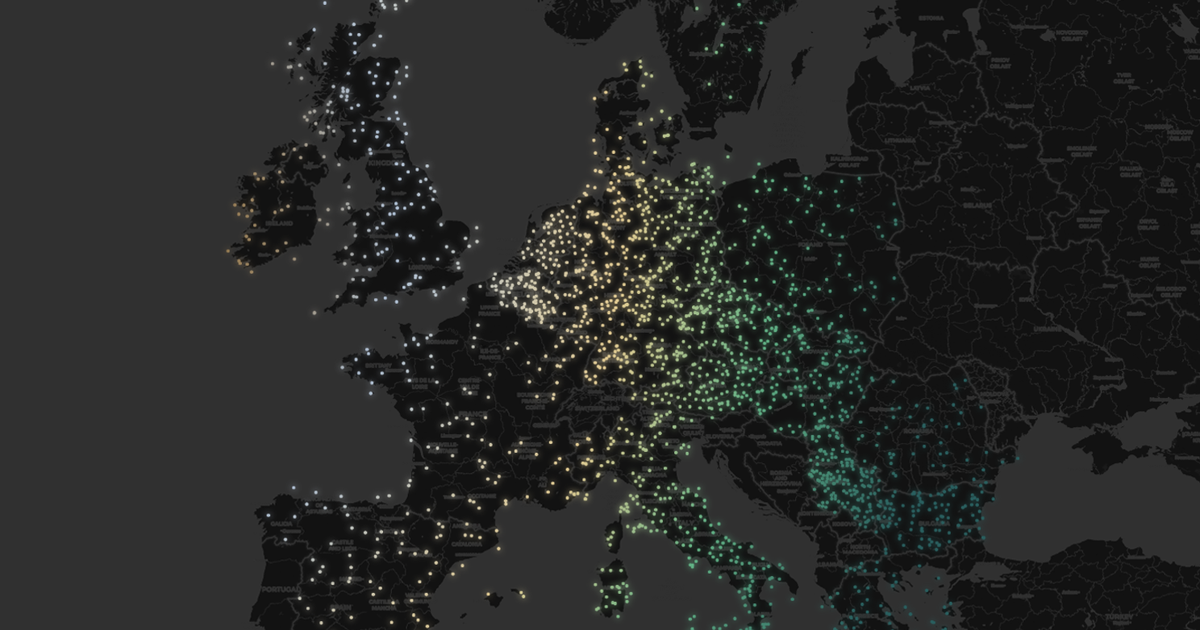 The Germs of the Russian World: Who Supports Russia in Europe

How does your week start? The week of Ukrainians begins with a new wave of massive missile attacks all over Ukraine

May it be the last such huge barrage 🙏 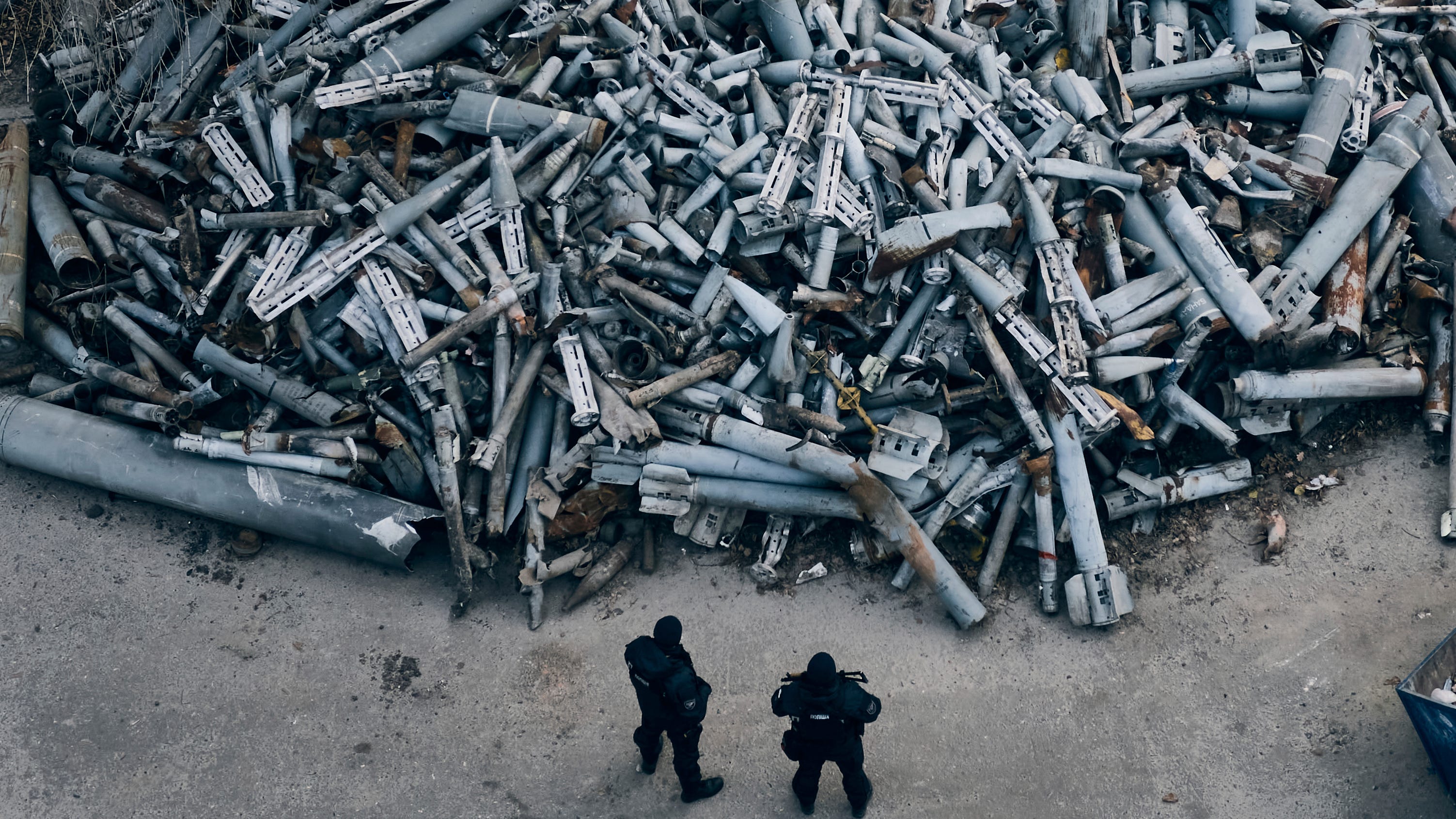 Meduza says it obtained access to the survey conducted last month by the Russian Federal Protective Service. The results are markedly different from a July survey that showed 57% of Russians favored the war.
Click to expand...

Hm. Not sure, if this is the right direction of action

The U.S. secretly modified the advanced Himars rocket launchers it gave Ukraine so they can’t be used to fire long-range missiles into Russia, U.S. officials said, a precaution the Biden administration says is necessary to reduce the risk of a wider war with Moscow.
Click to expand... 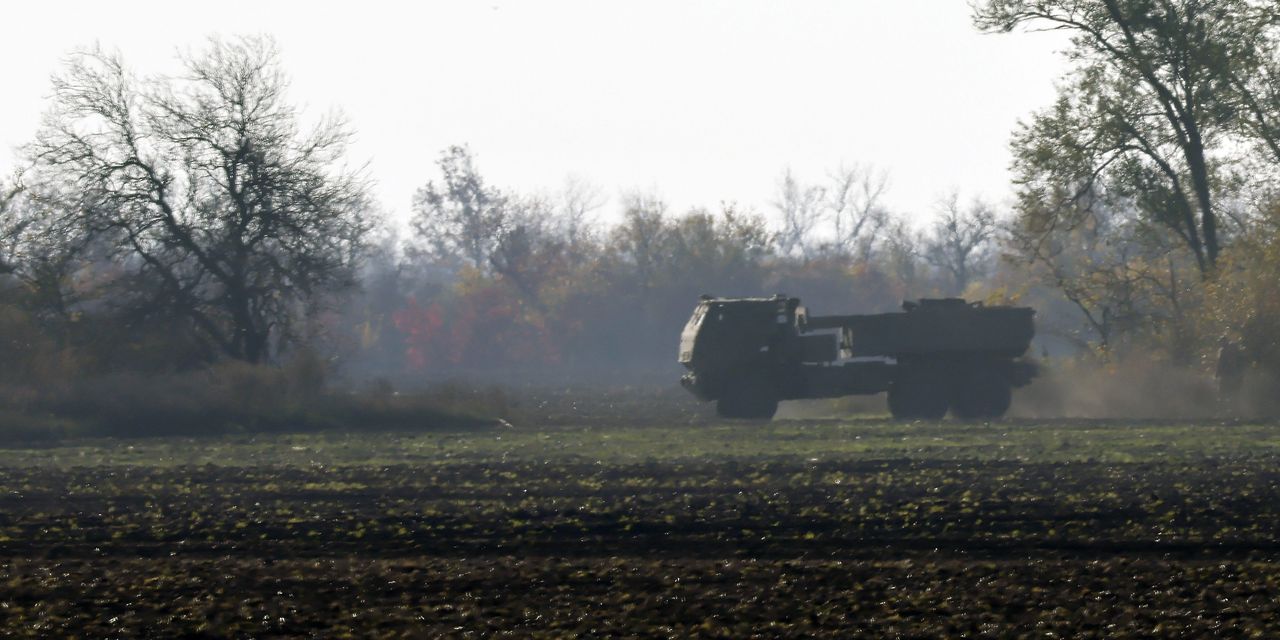 www.wsj.com
(made link free to read)

It is in German but good news: The countries of the European Union managed to use 25%(!) less gas than in the average of the last four years. Not only in summer but during the cold November as well.
People are very willing to look for alternatives or shut down high energy using spectacles or are using energy more efficient. Like our bakery who now has a more efficient system and only uses the oven 4 hours anday instead of 8 hours previously where it often was on without any bread inside. Now they are planning to the minute so that the oven is only on when used.
A great example how to be more energy efficient without a lot of investment and how prices shape behavior
This is good news also insofar as this kind of behavior and all the new investments are here to stay so even less incentive to use Russian oil in the distant future 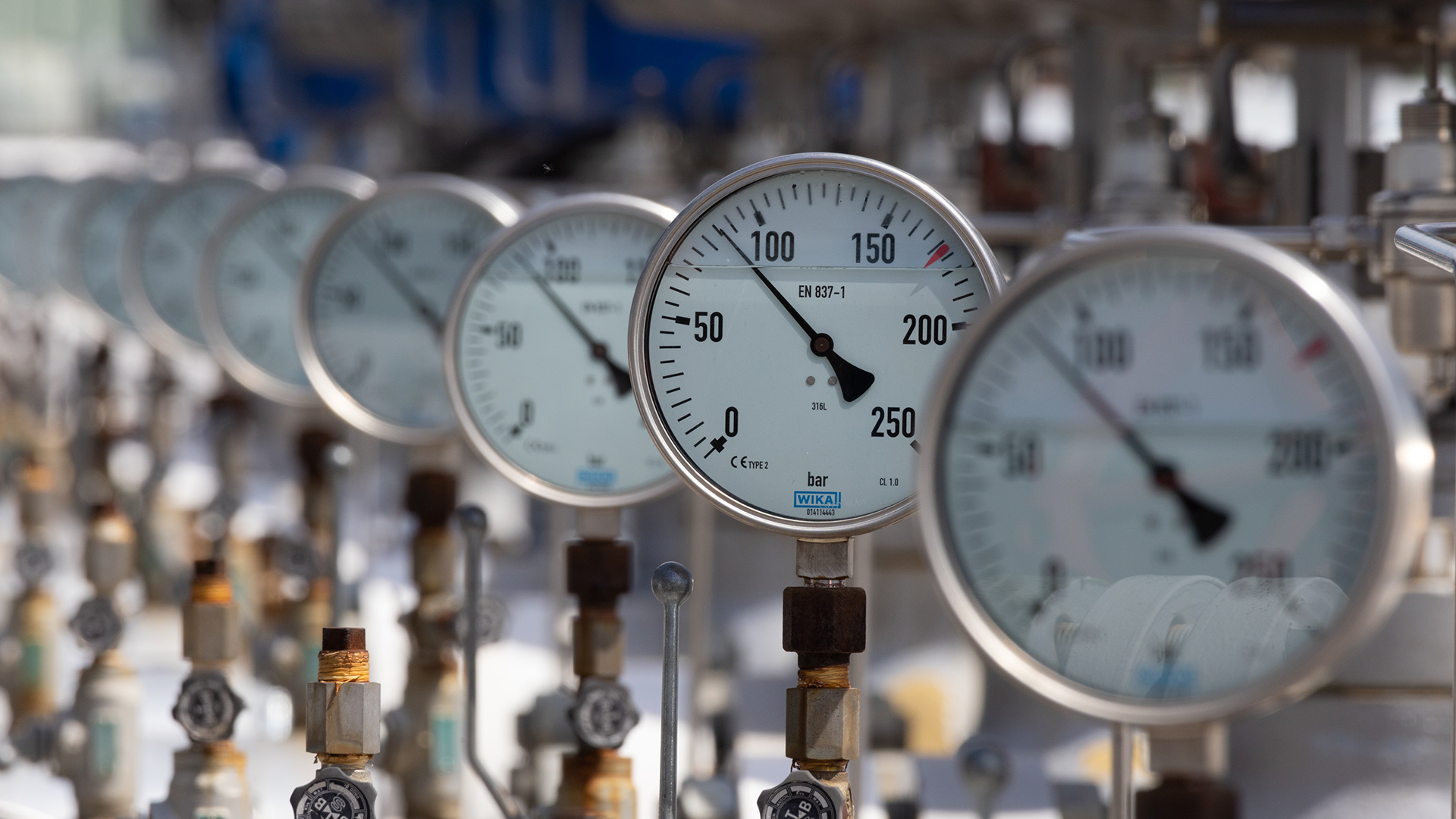 Various posts last night about explosions at Engels Air Force base and a Russian airfield near Ryazan, both in Russia. (And that's about all I can tell is confirmed at this time as Russian reports aren't reliable).

Thread by Mark Hertling on the possible expansion of the U.S.'s training program of Ukrainian forces in Germany: 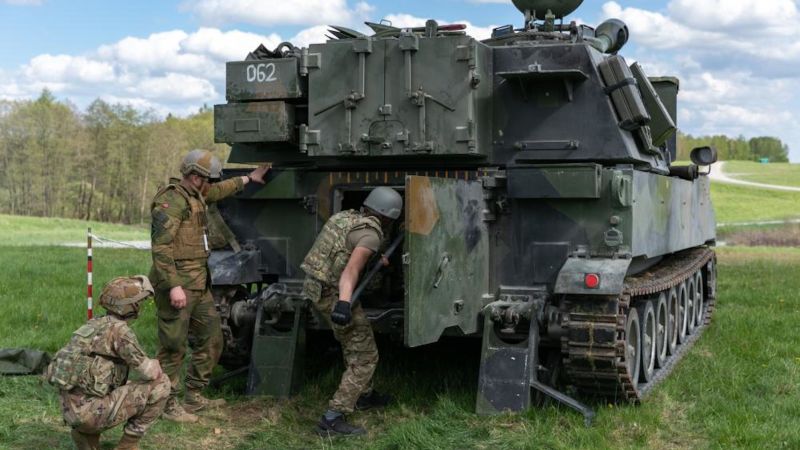 The Biden administration is considering a dramatic expansion in the training the US military provides to Ukrainian forces, including instructing as many as 2,500 Ukrainian soldiers a month at a US base in Germany, according to multiple US officials.


text_skate said:
Hm. Not sure, if this is the right direction of action
Click to expand...

Ukraine, itself, is developing long-range something, no? I read a post about it yesterday, though all I'm finding article-wise is this from October. Of course development & production are two different things. (Nonetheless, the capability would potentially impact Russia's response to Ukraine). 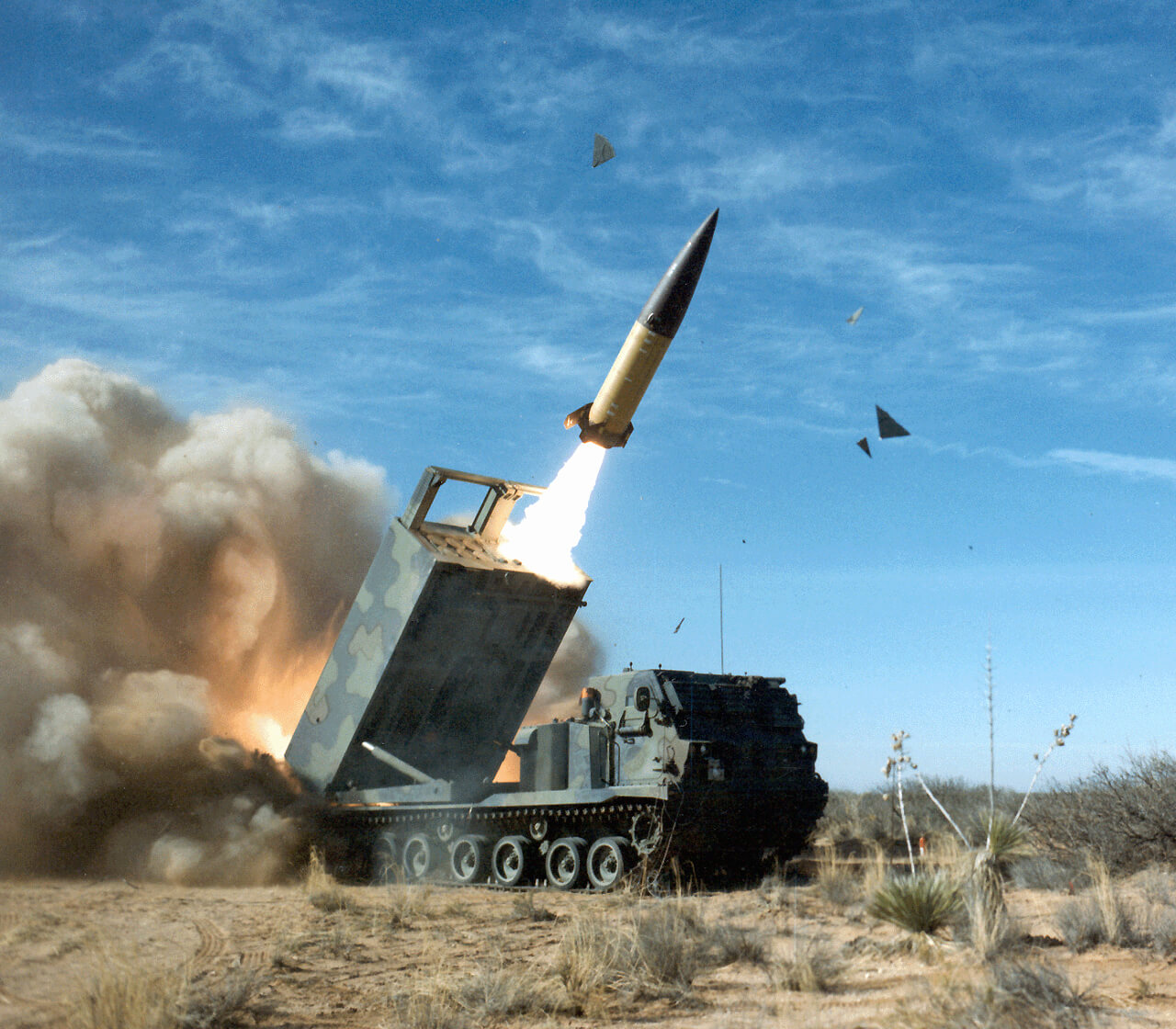 Russia’s missile and drone attacks on Ukrainian cities have continued unabated. On October 17, amid rising attacks, images from Ukraine showed soldiers and possibly even civilians firing assault rifles and other small arms at the approaching suicide drones. “All night and all morning, the enemy... 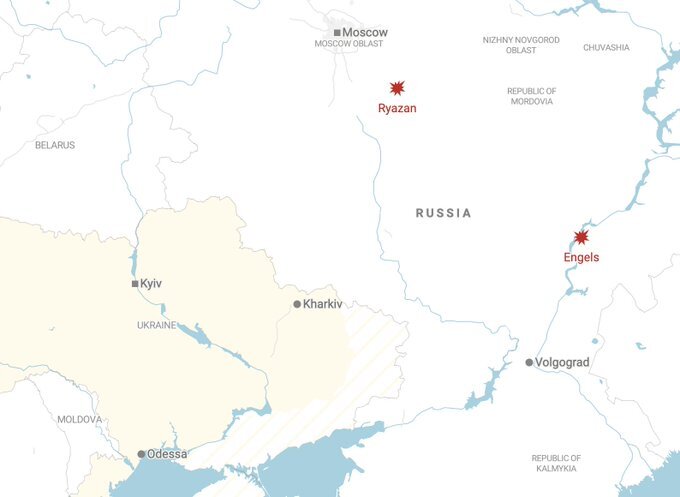 PsyOps, Sabotage, something, something exploded behind enemy lines in Russia

Still early in reporting, but like some other strikes in Crimea and elsewhere, the actual cause of explosions seems as vague as the disinformation of the NAFO fellas. Maybe Pikachu did it, collect them all! Footage has emerged appearing to show the...

More info on the two strikes inside Russia

Ukraine has converted something to a kamikaze drone with a 1000 km range. One strike is quite close to Moscow.

Per the New York Times, this is now confirmed by a Ukrainian official. (Doesn't say who). 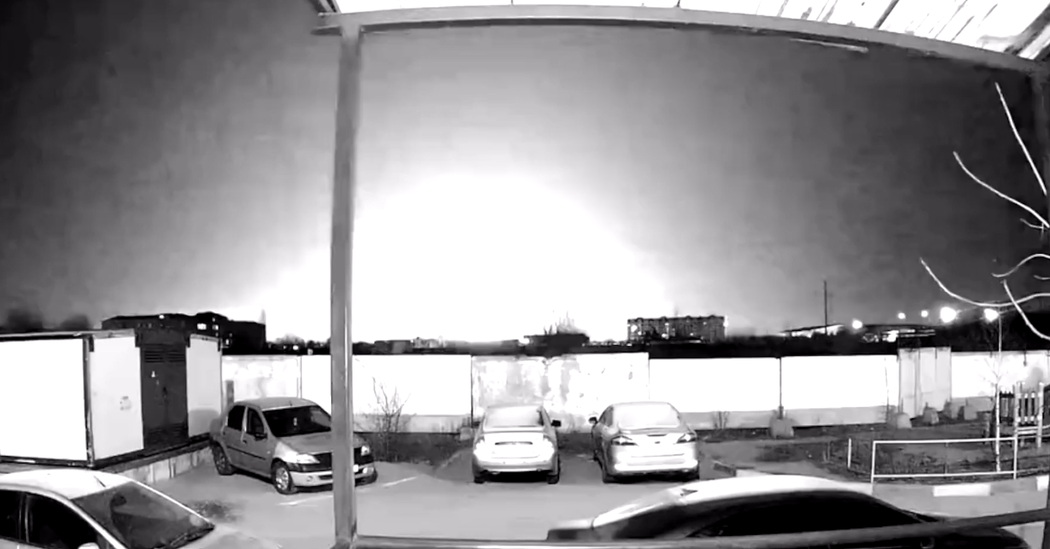 does Russia have any bigger weapons to use in Ukraine or they all gone? Non Nukes of course. I mean what is going on with this lack of defense on Russian territory
B

caseyedwards said:
does Russia have any bigger weapons to use in Ukraine or they all gone? Non Nukes of course. I mean what is going on with this lack of defense on Russian territory
Click to expand...

I think they are already using everything they have. They have lots more of those missiles of course, but it doesn't seem that they have anything they haven't tried yet.

babayaga said:
I think they are already using everything they have. They have lots more of those missiles of course, but it doesn't seem that they have anything they haven't tried yet.
Click to expand...

I have to wonder because if Ukraine is now going to use lots of nato military aide to attack places inside Russia- Russia is going to have to attack big. Unless it can’t. Then who knows if Ukraine goes to Moscow

caseyedwards said:
I have to wonder because if Ukraine is now going to use lots of nato military aide to attack places inside Russia- Russia is going to have to attack big. Unless it can’t. Then who knows if Ukraine goes to Moscow
Click to expand...

NATO did not provide weapons with which Ukraine could attack russia. Moreover, this is one of the conditions.
Unfortunately. Otherwise, I'm sure the war would have ended long ago. As long as the russians don't hear the sirens on their streets, they will continue to support the war.

The Guardian published an article about the warrior librarians of Ukraine and how they are preserving Ukraine's books and records while under brutal and targeted attack by Russia. 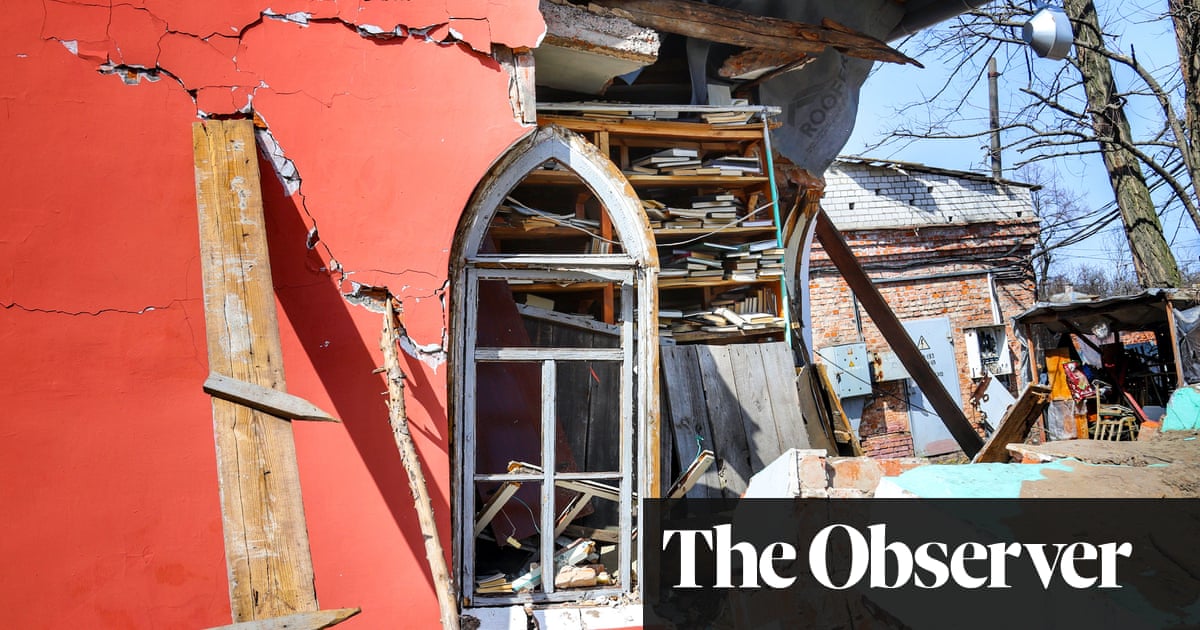 ‘Our mission is crucial’: meet the warrior librarians of Ukraine

When Russia invaded Ukraine, a key part of its strategy was to destroy historic libraries in order to eradicate the Ukrainians’ sense of identity. But Putin hadn’t counted on the unbreakable spirit of the country’s librarians

I know that numbers were higher, that it shows "improvement", but I was horrified to see it. 25%, one quarter of 140 million population are basically orcs who don't care not only about neighbouring nation and their civil population but about their own sons/fathers/brothers as well.
As for the "peace talks", let's not forget that what russians mean when they say "peace talks" is not really that but full surrender by Ukraine (accepting that the occupied land stays in russia, etc).
Last edited: Dec 6, 2022

Dobre said:
Ukraine, itself, is developing long-range something, no? I read a post about it yesterday, though all I'm finding article-wise is this from October. Of course development & production are two different things. (Nonetheless, the capability would potentially impact Russia's response to Ukraine).
Click to expand...

I was thinking more along the lines, that I'm not sure that US should modified Himars rocket launchers, so that Ukraine can't reach RUS territory with them (although I understand it from a strategic point of view, not dragging NATO into the war etc etc). I think Ukrainians are within their right to defend themselves by destroying rocket launch bases in Russia.

I hope Ukraine has enough knowlegde and capacity to develop something, that can reach their tormentors. I think during soviet times there were quite a few weapon manufacturers in Ukraine. I don't know how many survived in post-soviet times and in what condition.
D

I don't think the U.S. believes Russia would be within its rights to give Cuba long range missiles that could reach the U.S.

There's no comparison as the U.S. is not invading Cuba.

But I think this is the line the U.S. has, thus far, been walking politically on this subject. Along with the nuclear power threat, of course.

I don't think the U.S. doubts that Ukraine has the right to attack Russian military targets. (We would certainly do it if Russia attacked us).
D

Another prisoner exchange today & the release of more Mariupol defenders: 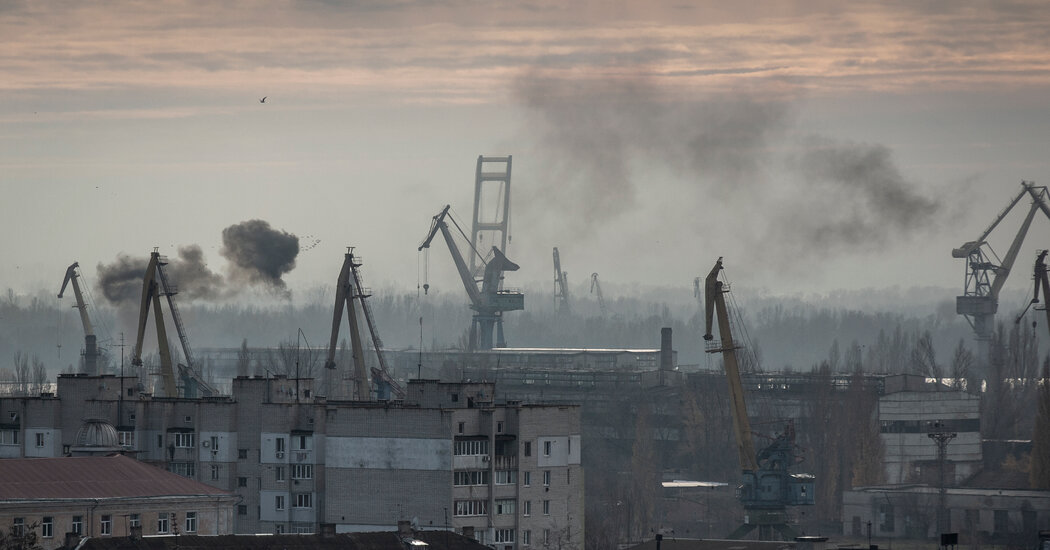 Russian Cruise Missiles Were Made Just Months Ago Despite Sanctions

Weapons investigators in Kyiv found that at least one Russian Kh-101 cruise missile used in widespread attacks there on Nov. 23 had been made no earlier than October.

"another Ukrainian drone attack on a Russian airbase. This time, Kursk airfield"

Is Finland Next for Putin? Or where else?