Housing Issues in the US: NIMBY vs. YIMBY

Have you ever said, "I'm not against building more houses in my town, but they need to do it right?" I have. It's only recently that I realized this was just another way to be NIMBY (Not in my Backyard) but without owning it. I have since come to see that we need to build more housing everywhere if we are to solve the problem of homelessness. At least in my area. Because if condos are going for over a million dollars and starter homes are more than that, huge numbers of people who live here can't afford them. That means they have 3 choices -- (1) move farther away and commute hours each day (which contributes significantly to global warming), (2) move totally away which means certain jobs will go unfilled and the area loses some of its diversity, or (3) become homeless -- lack of affordable housing is what is causing the homeless numbers to rise in the SF Bay Area as the other causes of homelessness remain relatively the same.

This article makes some good points about why leaving housing decisions up to the cities isn't working and what the costs are of not having enough housing. It might make you think (if you haven't already) about your own attitudes towards housing. 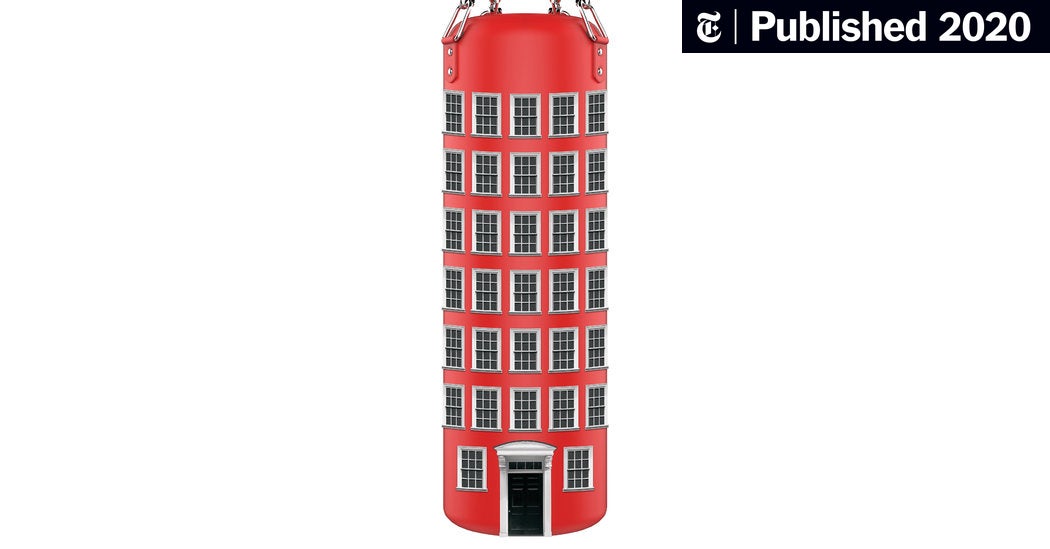 When California’s housing crisis slammed into a wealthy suburb, one public servant became a convert to a radically simple doctrine.

Also why can't some of the existing housing stock be made affordable? Why is it all so expensive and somehow we have to find a way to build additional housing that is affordable? And that doesn't happen anyway.

BlueRidge said:
Also why can't some of the existing housing stock be made affordable? Why is it all so expensive and somehow we have to find a way to build additional housing that is affordable? And that doesn't happen anyway.
Click to expand...

I think it's both.

In the Bay Area, for every 2 jobs that are created, only 1 home is created. That's a recipe for disaster. It doesn't matter what price the homes go for initially. When there isn't enough supply, prices will be jacked up artificially. And that makes them unaffordable for even working-class and middle-class families. Sure, some of the units could be made up of "affordable" houses but the young couple with 2 incomes won't qualify for them but can't buy those luxury homes either.

Studies do show that building more homes, no matter what type, does make housing prices drop overall but I think that's not enough for the SF Bay Area as it will take too long and not make them affordable enough. I don't know what the housing situation is in the DC area. Maybe just making more of the existing housing stock be affordable will be enough.

Oh and another issue not touched on in the article is that in big cities there is so much housing stock sitting empty while people are being forced from their homes. There are enough empty homes in our city to house every single unhoused person in the city and more. But they are owned by investors who may use them for short-term rentals or may just let them stay empty. If all of those homes were on the market, it would also drive down prices.

People may have heard about Moms 4 Housing who took over an empty house in Oakland in protest. They are organizing to address this aspect of the problem.

What the politicians are up against are older people whose chief economic asset is their house, so the high worth is going to fund their retirement. (My Merrill Lynch lady tells me the average American who earns my salary at my age has saved $100,000 which is way too low for even 20 years of retirement.)Tell those people you’re building low cost housing in their neighborhood and they yell bloody murder.

This is very much an issue in my city. There is a housing shortage here as well (though not as bad as in CA), and yet there are so many people who are just soooooooo resistant to new housing being built. I do believe that a lot of the resistance comes from older people who have lived in the town for ages and just don't want to see any changes. They do have one valid point, which is that traffic is already quite terrible, and so every time a new building goes up, they just think it's going to get worse. Tough situation, and you hate to ignore people's concerns. But, OTOH, it's really not good to have so much of people's incomes going to mortgage/rent. And I want my kids to have reasonably priced housing options to choose from (in part so they're not still living at home when they're 30

Also why can't some of the existing housing stock be made affordable? Why is it all so expensive and somehow we have to find a way to build additional housing that is affordable? And that doesn't happen anyway.
Click to expand...

It's not all that way. I worked 15 years for the owner and builder of apartment complexes with affordable housing through the USDA Rural Development and Hud. We had 152 apartment complexes throughout Louisiana, Texas and Mississippi. Nearly everyone of the complexes had rental assistance that was assigned to low income families that couldn't afford housing of any type. Some would even pay 0 dollars or even received a monthly rental assistance check that qualified to live in one of the apartments.

I realize that several property management owners and builders don't go the route of rental assistance for rental occupancy of family housing, but I feel they should because they won't be losing out on personal income from renting those $500,000.00 dollar apartments. The company I worked for profited each and every year by working with the USDA for affordable housing, and that helped us at the office and our apartment managers to have affordable health care and benefits.

There is resistance to it among landlords and property managers. They have a fear that these tenants will be trouble. On the one hand, I can't blame them as sometimes that's true. But on the other, there are tons of nice families that are one paycheck away from homelessness who would make great tenants. So it's part prejudice and part looking out for their own interests.

MacMadame said:
There is resistance to it among landlords and property managers. They have a fear that these tenants will be trouble. On the one hand, I can't blame them as sometimes that's true. But on the other, there are tons of nice families that are one paycheck away from homelessness who would make great tenants. So it's part prejudice and part looking out for their own interests.
Click to expand...

I can understand among other property management companies, but all the families that applied for an apartment were screened before they were considered to be able to live in one of our apartments. The majority of the families that qualified were nice and were a paycheck away from homelessness because they could only get minimum wage jobs which wasn't enough to support them or be able to afford a home or an apartment from landlords or property managers that stayed away from having any type of rental assistance because of fear that those tenants would be trouble.

In Louisiana alone, there were at least five other property management owners that provided family housing for low income families. Each year, there would be a Rural Housing Convention in New Orleans where each district from the USDA Rural Housing sent one of their representatives to explain the new changes and requirements for rental assistance for Family Housing. They still have those conventions each and every year.

I do understand where you're coming from, though, and to me, it's a shame that those property managers/owners and landlords don't understand that families with low income are screened before they can quality to live in a family housing apartment complex that has rental assistance.
A

They are only building luxury apts, condos, and townhouses downtown where I live. Those who buy them get a ten year tax abatement. While a case can be made for some of this, they've gone way overboard in their support of it when it comes to development. In the meantime, there is a real housing shortage for the middle class, resulting in constant bidding wars and continued apt living for people that would otherwise buy a home and pay property taxes.

We have too may people with real estate affiliations sitting on the city council. But what can be done about it when there is only a 17% turnout for local elections? I always vote, year in and year out, and often for progressive candidates to try and help turn these tides. But then I get to read lots of OK Boomer from some people here and listen to lectures where I live about all that's being done by the "real true progressives" compared to the rest of us. They continually tell us how the real battles start at the local government level, but then apparently quite a few only go vote when it suits them or there is nothing better to do. If you can't get a progressive on the city council where I live when there's only 17% turnout, then don't whine and cry about unfair elections for your candidates when you didn't GOTV. And excuse me if I

twice a year at property tax time when I have to pay mine while the very affluent people downtown pay nothing, because at least I showed up, as usual, to try to do my part to address the problem.

There have been a couple proposals for shipping container complexes, which would add to affordable housing, but they only want to build them in poverty ridden areas instead of giving people a hand up to move on to safer areas. Another problem seems to be with getting zoning approval for tiny homes, which would certainly be a quality improvement for affordable housing (especially if supported by tax paying senior citizens and singles) compared to the run down decades old trailer parks that are approved in many areas. And lastly, all the new builds (and there are a lot of them) on campuses are only for luxury apts., so students on a budget need not apply.

Our city has a master plan, but developers are always going to the City Council to get their land rezoned... so they can put up luxury housing. There was one at last week's City Council meeting. Wanted to change a mixed-use lot into a residential lot. He made it sound like he was adding to the housing inventory. But the plans for the mixed-use lot included a bunch of townhouses. Many more units than the 14-16 single-family houses he wanted to put up instead.

The funny thing is that the residents were up in arms over putting in more housing, saying that they wanted that area to stay commercial. (The goal is to have a thriving mini-downtown there.) Their reasoning was "we don't need more housing; traffic is already horrible." I don't think they realized the mixed-zone plan called for even more residents.

But I did and I was happy the City Council shot it down.
You must log in or register to reply here.