Correctional cadets to be fired for participating in Nazi salute 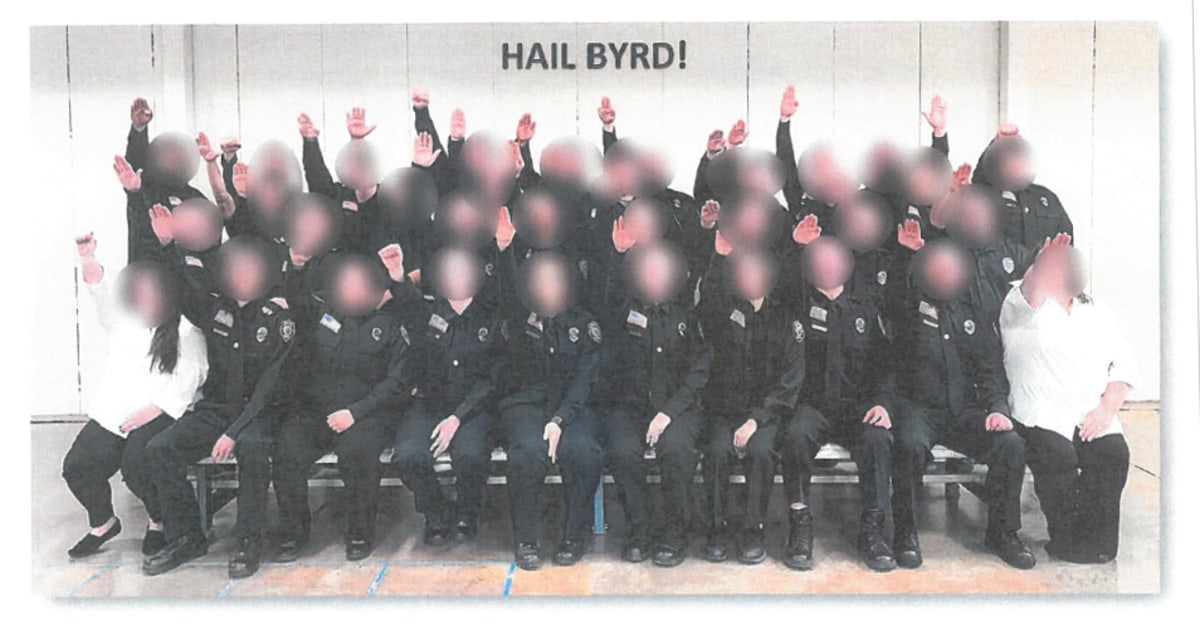 "Now, we must continue to move forward and work diligently to make sure nothing like this ever happens again," Gov. Jim Justice said in a statement Monday.

West Virginia Gov. Jim Justice said Monday he has approved the recommendations from a report calling for the firing of all correctional officer cadets who participated in a Nazi salute during a class photo.

According to the investigation summary, the use of the gesture began two to three weeks into training as one that the cadets have described as a "sign of respect" for an individual identified as "Instructor Byrd."

Byrd told investigators she was unaware of the “historical or racial implications of the gesture” and reported it was “simply a greeting," according to the report.

The secretary stated that Byrd directed her to caption the picture "Hail Byrd," according to the report, and told the secretary the students say that “because I’m a hard-ass like Hitler.”
Click to expand...

The ignorance is mind-blowing. I honestly have no words.

The resurgence of anti-Semitism could be a result, in part, of the vanishing legacy of the Holocaust. Recent surveys reveal abysmal levels of knowledge among young people about what happened to the Jewish people in the Second World War. There is far too little understanding about the slippery slope from the Nazi dehumanization of the Jews in 1933 to the Final Solution nine years later.
Click to expand...

How to Respond to the Anti-Semitic Attack in Monsey, N.Y. (NY Times)

BlueRidge said:
I'm thinking maybe this belongs in the anti-Semitism thread? I was just reading a column in the NY Times on the anti-Semitic attacks which has this paragraph:
Click to expand...

I considered that. I also considered the Dangers of Trump thread because I'm pretty sure that Trump is enouraging this kind of behavior (in public).
It probably could have gone in any of the threads, antisemitism, racism, anti-LGBTQ, Dangers of Trump, etc, so I opted for a new one.
You must log in or register to reply here.