Bobsled driver Kaillie Humphries left Canada to escape alleged abuse. It might cost her an Olympics.

I came across this WaPo article by Les Carpenter (Oct. 16) and thought it was worth sharing: https://www.washingtonpost.com/sports/olympics/2021/10/16/kaillie-humphries-bobsled-olympics/
Excerpts:

Kaillie Humphries, the world’s most successful female bobsled driver, lives an American life with her American husband in an American townhouse on an American cul-de-sac about a mile from the first American Legoland. A Team USA flag flutters beside her front door.
She is the reigning world champion in the monobob and the two-woman bobsled, and she would be among the favorites to win two gold medals at this winter’s Beijing Olympics. She could be the next big American Olympic star … except she’s not a U.S. citizen.
Humphries, 36, is from Canada, which she represented as she won two gold medals and a bronze in three Olympics before leaving in 2019, a year after filing a complaint alleging verbal and mental harassment by Canada’s bobsled coach.
Click to expand...

Because she has been married for just two years, she has been told to expect a [U.S.] passport sometime in 2023. [...]
She said she has been offered instant citizenship from other countries, including China. But she doesn’t want to represent China or anywhere else.
“The country where I live, where I am married to, where I will get citizenship, I can’t compete for because [citizenship] won’t come in time,” she says.
She sighs. She needs to be a citizen by early January to have a shot at Beijing.
Click to expand...

In Colorado Springs, McGuire and U.S. Olympic and Paralympic Committee officials have been fighting to find a way to get her a passport. McGuire said he has begged U.S. Citizenship and Immigration Services for a solution — even a two-month provisional passport for January and February — and pleaded with the IOC to make an exception.
The IOC, wary of opening a door that might be impossible to close, has been unwilling to grant exceptions to Rule 41 of the Olympic Charter, which says all athletes must be a “national” of the country they represent. In a statement, the IOC acknowledged it “is aware of the case which is being discussed with the [International Bobsleigh & Skeleton Federation] and the USOPC” and then referred to Rule 41.
Click to expand...

That is crappy especially since she had to leave due to abuse allegations from her coach. I can understand the dilemma though. It's soooo slow to get citizenship.

"You're looking at the newest CITIZEN of United States of America 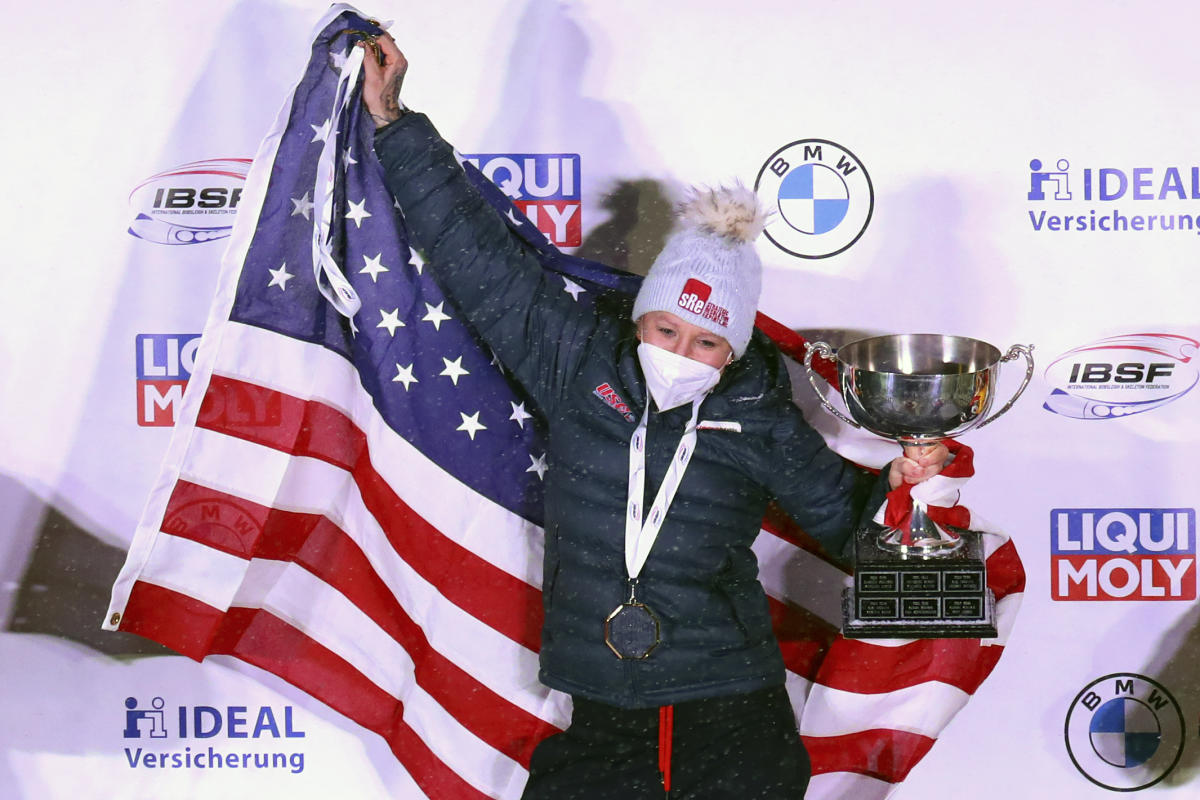 Humphries, a world-champion bobsledder, won three Olympic medals for Canada last decade. After defecting over alleged abuse, she needed U.S. citizenship to be able to compete in Beijing.

ironic, Escaped Alleged abuse in Canada
that's a loss there.

Humphries has enjoyed a whirlwind week so far. She got in her qualifying runs in Altenberg on Tuesday, then flew to Los Angeles the next day to be sworn in as an American citizen. As soon as the ceremony was done Thursday, Humphries rushed back to Germany to race.Humphries has competed for the U.S. in world cup competitions and at the world championships as a green card holder. However, she needed her citizenship to compete under the U.S. flag at the upcoming Winter Olympic Games Beijing 2022.
Humphries, who won back-to-back Olympic gold medals in 2010 and 2014 in two-woman bobsled and added a bronze in 2018, has lived in the U.S. since 2016.
Click to expand...

Daniil Gleikhengauz: "Come back to Sambo and we fix the horror Orser create to your double Axel."